Guardians of Middle-Earth is the first MOBA game made specifically for consoles and the first set in the Lord of the Rings universe. That alone would make it worth playing, but the fact that it’s a big part of PlayStation+ (or that it’s going to be, depending on your location) should push that excitement over the edge. Good or bad, this is a title that is part of MOBA history and as MOBA is one of the most popular genres in the world right now, that’s a pretty big deal.

The MOBA genre is incredibly popular and addictive, and with good reason on both counts. Taking all the strategy of the RTS genre and placing it all into what is effectively an action game might not sound like an obvious idea, but with DotA 2 and League of Legends getting more and more popular with each passing day, it’s obviously a recipe for success. Although Awesomenauts managed to be console-friendly and incredibly fun, Guardians of Middle-Earth is the first MOBA game to be made with only consoles in mind, so things might be a little different than genre veterans recognise. Different doesn’t necessarily mean worse though, and there’s an awful lot to enjoy about this title. 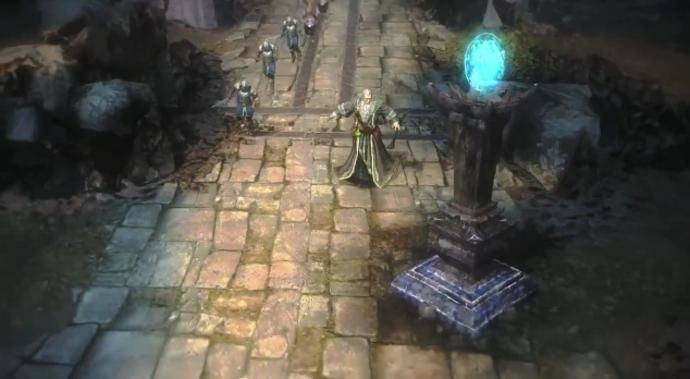 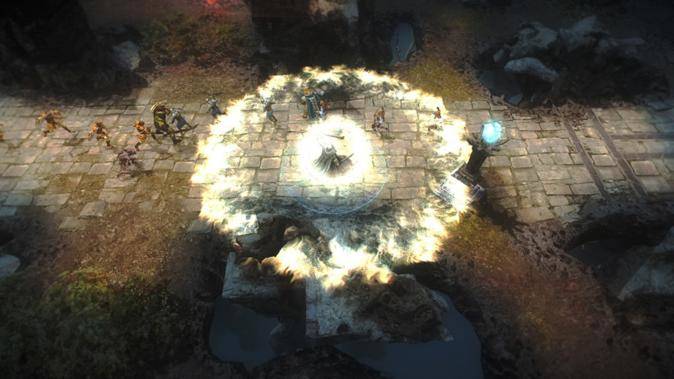 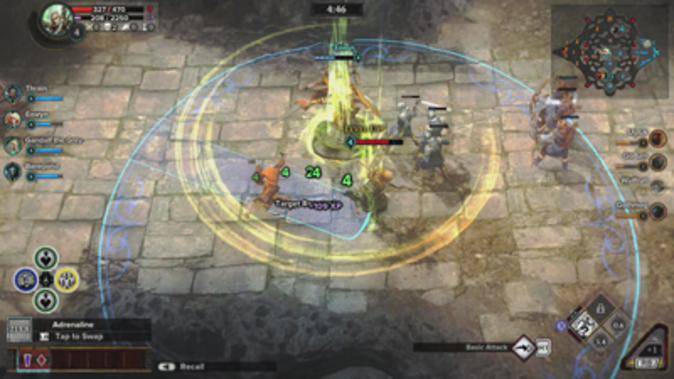 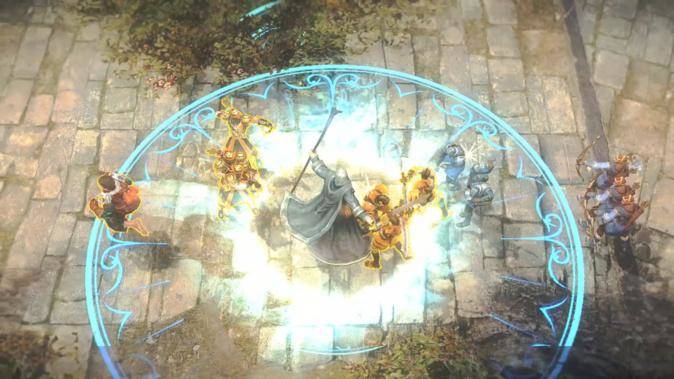 The target of Guardians of Middle-Earth is to fight back the enemy team and destroy a target deep within their side of the map. This is hindered by enemy Guardians, deadly towers and computer controlled enemies designed to hold you up and distract you. You’ll fight using a variety of character-specific moves and regular attacks, although it’ll take more than powerful magic to desecrate your enemies and win the match.

There are quite a few characters to choose from and, after a little experimentation, you’ll find one that matches your play style. Many of them are characters you’ll recognise from the wider franchise and I can guarantee most people will play as Legolas, Gandalf or Gollum. Other, less well known characters are available as well, although some of the choices are just flat out confusing. Aragorn’s father is a playable character, but not Aragorn. Sauron is a playable character, but is easily beaten by Gollum or a random orc. Those of you hoping this will be a continuation of the series will be disappointed – even the place you fight in is as far from Middle-Earth as you could have.

All characters have strengths and weaknesses, the balance is quite well done and no character feels better than the others. How effective a character is basically boils down to how well you play as them. This puts a lot of pressure on the player, but without the comments on your mother it’s more enjoyable than, for instance, League of Legends. The quiet community isn’t really within the spirit of the game, but even so it’s a welcome breath of fresh air in a genre known primarily for its less-than-friendly players.

The developers have done a very good job bringing the genre to consoles, actually. My biggest concern was always how difficult it would be to control, but Guardians of Middle-Earth manages to feel natural without oversimplifying things too much. Using the analogue sticks and the shoulder buttons to pick a direction to attack might sound cumbersome in writing, but after five minutes playing you’ll ask yourself why other, more casual examples of the genre aren’t taking up the controller on PC.

The biggest sacrifice in the transition from computer to console has been the strategic element of the game. The store, a key part of the MOBA genre, is gone completely, replaced by customizable pre-match load outs. Unlike with the store system, you’re unlikely to turn your game around by picking a different load out; it’s a way of boosting your good points rather than fixing your bad. That makes the system pretty much redundant, and many people will set it up once or twice and then ignore it completely.

There are also issues with lag, which really shouldn’t be there. It’s been getting better since launch, but it’s still not fantastic. Every few steps will result in the game freezing – usually for less than a second – while everything catches up, as if it’s turn based and things are just going too fast for people to notice. It’s incredibly annoying and you get the feeling that things were rushed to meet with the release date of Peter Jackson’s The Hobbit at the end of last year. The real joke is that not only does this game not have any mentioned of The Lord of the Rings or The Hobbit in its title, but there’s hardly any characters from either film.

There’s DLC becoming available for it, but characters are quite expensive and only hardcore players of the game will benefit from buying them. Others might be tempted by characters they recognise, but for the most part post-release support it almost laughable. This is a game designed around learning your characters inside and out, and most people won’t have had time to learn even half of the base characters, let alone expensive extras.

The level design in Guardians of Middle-Earth is as dry as you’d expect from the MOBA genre. There are tunnels to travel along, areas in which to fight and larger “home” areas of either side of the map. This matches my comments earlier: this game doesn’t feel like it takes place in the same world as the films or the books. The design is pretty lifeless and the designers haven’t even tried to shoehorn in locations from the franchise. Depending on your view, that might be a good thing, although it feels a little soulless when you’re playing, as if these characters are just being used for the hell of it.

The graphics themselves aren’t entirely terrible though. The map is presented well and characters are certainly recognisable. It’s just a shame the world they’re a part of isn’t better realized.

A distinct lack of Howard Shore’s composition sticks the nail in the coffin in regards to this being a spin-off of the films. They’ve taken the score we love and replaced it with vague sound-alikes that lack the emotion and connection with the franchise that the originals had. I’m not sure what’s stopping Warner Bros. from using the music from the films – the same happened with War in the North (although not, oddly, Lego Lord of the Rings) – but they need to get it sorted.

As a MOBA game, Guardians of Middle-Earth works incredibly well. Although some things have been lost in the transition to console, what it gains in accessibility is more than worth it. This game could be a gateway to League of Legends for thousands of PS3 owners, and best of luck to them when they get there (be sure to bring your thickest skin). The Lord of the Rings tie in is terribly done though, and feels shoehorned in to match the release of The Hobbit. If you want Gandalf and Sauron fighting alongside one another in a land that might as well be Narnia, Guardians of Middle-Earth is for you. It’s still worth playing, just don’t pay too much attention to the IP.