Capcom has several successful series that it tends to stick to the majority of the time; Resident Evil, Street Fighter, Devil May Cry, just to name a few. So when the publisher/developer released their brand new IP Dragon’s Dogma, they were definitely stepping way outside of the box. Combine that with what they claimed would be a unique and complex combat system, and different way to adventure with friends, and a large open world to explore and Capcom had the makings for quite a gaming experience. Doubts ran rampant about whether Dragon’s Dogma could live up to what Capcom was boasting. Truthfully, Dragon’s Dogma cannot be completely forgiven for many of its grossly overlooked flaws, but its gameplay soars above most and offers a truly fun experience.

Gamers are presented with plenty of options to survive in the world of Dragon’s Dogma. These options are presented mostly in what Capcom highlighted more than anything else, and it is this aspect that takes it a step above other action RPGs. That aspect is the very unique and fun combat system. What makes this system so successful is very simple; it is fun, it is easy, it is rewarding, and it is visceral. 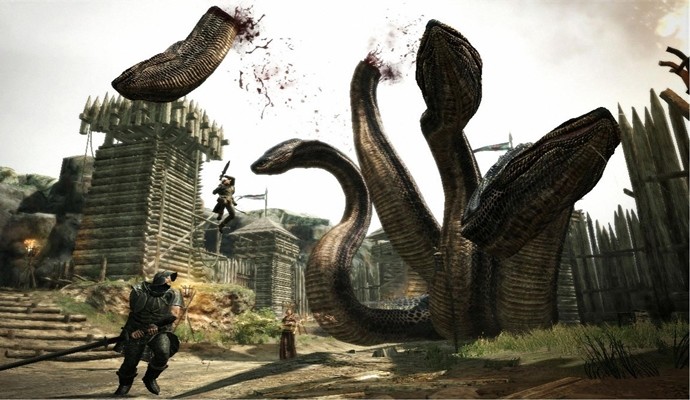 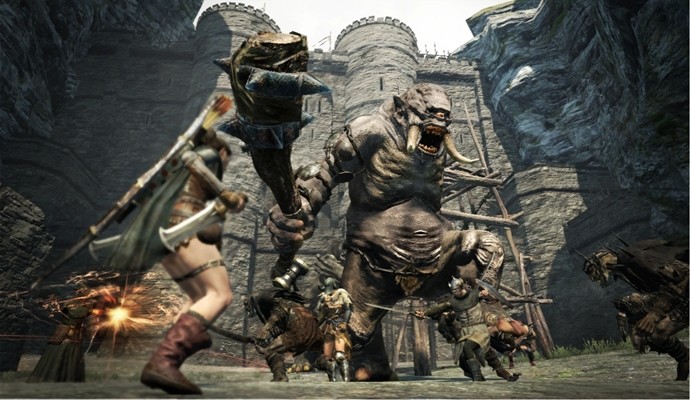 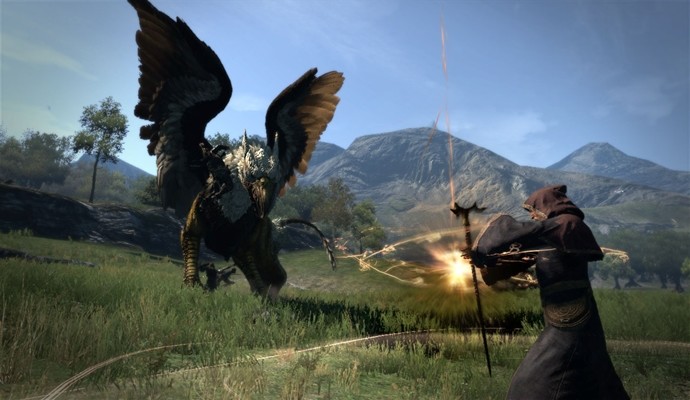 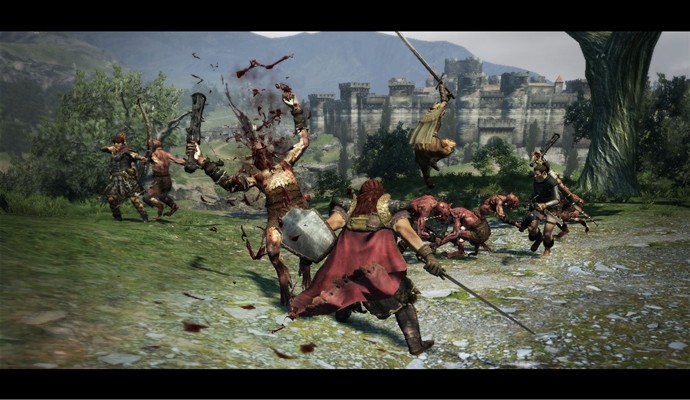 Dragon’s Dogma’s world is overrun by monsters, some small, some very big. The player’s job is to make like Monster Hunter and take these creatures down and that is where the complex combat shines not only in what you can do, but in the variety of ways you can do it. You can hack, you can slash, you can weave and cast spells, you can fire arrows, or you can choose to go hybrid and really dig deep into the combat and class system. You can also scale the bigger beasts Shadow of the Colossus style to get at their vital spots. Each monster requires a different strategy so the varied vocations (classes) that you choose will determine how you attack a situation and each decision is as varied as the next.

The combat itself is addicting, to say the least. Thrilling and fun in its execution, the fights are what carry Dragon’s Dogma through everything. Melee fighters have their standard heavy and light attacks that can be strung together for combos. Skills can be mapped to three to four action buttons, of which you can map six in all. All of these skills being available at one time allow for very simple but enjoyable execution and can be pulled off without a hitch. Despite flaws throughout Dragon’s Dogma, the combat is exceptional.

After the combat, Capcom’s other highly boasted aspect is the pawn system. An interesting take on online play, Dragon’s Dogma’s pawn system comes across and more of a missed opportunity than a homerun in online gaming. After you create your character, you create your pawn, which is essentially your partner throughout your adventure. Like your main character, you choose their appearance and vocation, which should compliment your own skills.

The twist is that while you aren’t playing, other gamers can take your pawn on their adventures, as can you with other pawns. The pawns learn from their travels and battles about the land, locations, enemies’ fighting styles, etc. Your pawns can relay this info back to you on your adventures and will, in turn, fight a little better against creatures. Sadly, this is a very single-player focused alternative to the option gamers really wanted, and that is to be able to actually play online with their friends and slay these monsters together.

Sadly, while Dragon’s Dogma’s high points are of the best quality, it’s overlooked, unpolished elements are quite a fall from grace. The exhilarating battles may be the high points of the game, but the missions that push you and the story along are mediocre to poor. Most are just your run of the mill, arbitrary fetch quests that lead across the whole map. Backtracking may be a big part of RPGs, but with little to no fast travel system, it becomes one of the worst chores imaginable. What’s worse, while the battles are quite fun, killing the same baddies both too and from an objective start to weigh on your patience and your enjoyment.

The story itself is very…ordinary, mediocre to a fault. There’s a big bad, a dragon, that pops up and your character is the only one who can stop it. That’s as deep as it gets until the end, but even the little push towards better is meaningless due to the flawed execution. The tedious nature of the quests and backtracking come out in full force towards the end of the game. Capcom was undoubtedly pushing for a longer, grander story, but it seems they ran out of ideas. The difficulty curve spikes like an anime hero’s hair and becomes less challenging and more frustrating. The plot in itself is nothing special but nothing terrible, but its execution is a big miss.

Despite its flaws, Dragon’s Dogma is a beautiful game. It’s massive and is filled with living and breathing life. Baddies such as goblins and thieves litter the landscape and confront you around every corner. The large monsters and brilliantly designed and are a force to behold and be reckoned with. The world itself is not as vast as something like Skyrim, but feels all the more lifelike and never lets you have a boring moment. There is a small amount of pop in with smaller pieces of scenery and some of the people, but you won’t notice is when you are fully taking in the land.

The character models, however, look like something from the late PS2 era. Accompanied by the horrid lip syncing, it makes for a very unattractive character when doing anything other than fighting.

The music is a great mix of killer guitar riffs and the typical medieval fantasy soundtrack to make everything work. The enemies, be they minor or major, all sound just terrifying and menacing enough to keep you on your guard, and the sound effects match their size and appearance. Your pawns are another matter entirely. Their constant chatting and yammering on about the same strategies during the same encounters and their babbling about the same pieces of info about the landscape you’re passing through will shred your nerves faster than a sneezing fit through soaking wet tissues.

Dragon’s Dogma leaves a lot of things overlooked and a few more lazily constructed. The backtracking is maddening, the quests are mediocre, and the characters aren’t very pretty up close. However, what it does right is does great. The combat is one of the best of any action RPG on the market and is just plain fun. It is possible to get sucked in for hours on pure enjoyment despite the flaws. Capcom may have not got their foray into this genre anywhere close to perfect, but it raises the bar where it should and gives players a reason to try out something new.