Aliens: Colonial Marines, a collaboration between SEGA and Gearbox, was first announced in 2006, just short of a year before the reveal of Borderlands. Borderlands was released in 2009 to critical acclaim, Aliens wasn’t and wouldn’t be until much later. In fact, Colonial Marines was presumed dead for much of its six and a half year development cycle and perhaps, given the controversy surrounding the title since its release, it should have been left buried. With so much going for it, not least the Aliens IP, how did it all go so terribly wrong?

Colonial Marines starts almost promisingly. There’s the occasional red light – the stiff animation in the opening cut scene to name just one – but there’s also an awful lot done right. The characters, although not spectacularly drawn, fit well into the Aliens universe and sit comfortably alongside familiar faces. A long segment of speech after you gain control is a second warning that not all is well; the developers have obviously tried to avoid using cutscenes but don’t allow you to move far enough from those speaking that it really matters. You can’t explore – there’s nothing to see – and you can’t interact with the conversation. 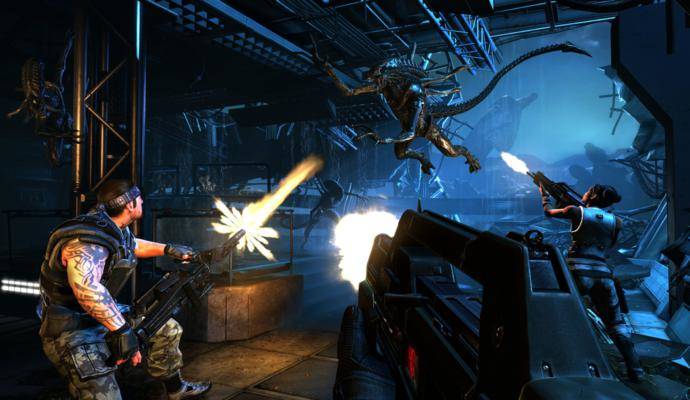 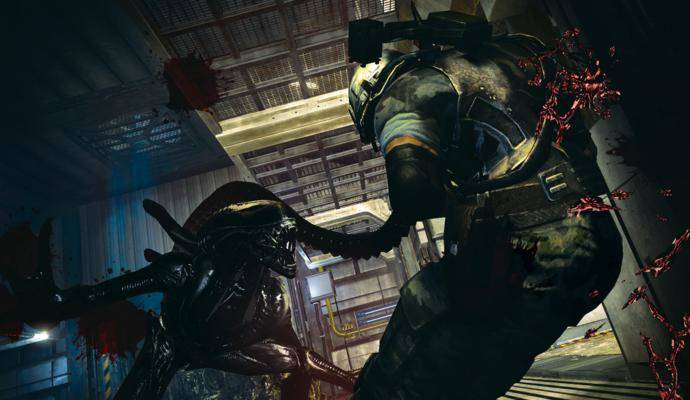 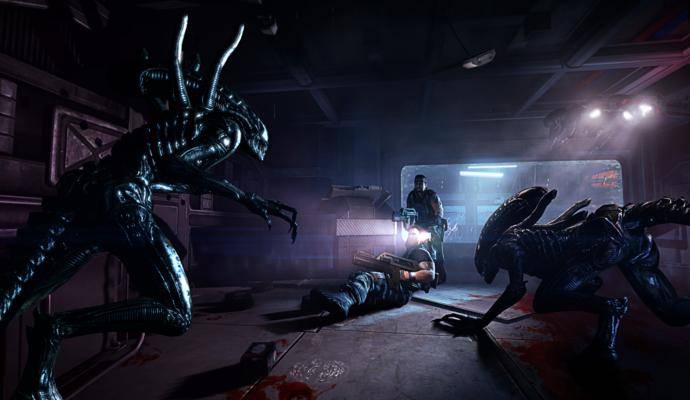 Then the story is over for a moment, and you’re allowed to explore. You have your motion detector and the Xenomorphs are obviously playing with you. Entering a new room and not knowing whether you’re actually going to be attacked is pretty tense and I can only liken it to the original Aliens Vs Predator PC game. You come across your first Alien and you kill it in just a couple of shots. Then the entire hive erupts in teeth and claws; any chance, any possibility that this might be a quality title disappears out of the window.

The Xenomorphs are not the deadly weapons they are in the films. They are cannon fodder. Their acid blood simply disappears in a puddle on the ground, their sharp claws and deadly pounce a means to slightly knock your health. In the opening moments of the game, you’re surrounded by as many Aliens as you can count, and yet there’s a good chance you’re going to come out unscathed. In the first fifteen minutes, the main enemy becomes a joke. By the time the first mission is complete, you feel like the game can’t possibly top its introduction.

That’s the game. The last two paragraphs pretty much sum up everything Colonial Marines has to offer, and you’ll see it all within the first two missions. Aside from the odd stretch of tight pathway, a pathway you’ll already have seen before but has been healthily recycled time and time again, you’ll largely be preoccupied with blowing away Aliens and then humans. If you needed a modicum of skill, or even different tactics, to pass the different combat sections, things might be slightly different. A well-made game might get a slap on the wrist for being repetitive in places, but it’s like the developers didn’t expect anybody to play past the second level and so just placed everything in as quickly as possible.

After that, the only thing really keeping you going is the story, for what it is. It starts off in a bad place and then gets gradually worse, I’m talking of both events in the game and the story as a whole. It isn’t fantastic, but as far as popcorn action sci-fi goes, it isn’t the worst I’ve seen either. The game begins with the loss of a group of marines, and then everything you try to do – first to save the marines and then to save yourself – leads to a bigger, more deadly problem. That’s usually more Aliens, but given that they might as well be cardboard cut-outs with claws, that isn’t much of a barrier between you and the next part of the plot.

In actuality, the biggest barrier between you and the next part of the plot is the game itself. Pretend that some magical patch fixes the poor level design and mixes things up; there’s still glitch after glitch and the AI actually wants to get you killed. You sometimes won’t be able to shoot an enemy if it’s involved in an animation, and so there are times when you’ll just watch things play out in front of you. It’s about as far from tense as you can get and this become more apparent whn you walk around a corner and see your teammate endless jogging into a brick wall. How this game got through testing I’ll never know, there are so many bugs that there’s no way things were missed and it’s certainly not due to the length of the campaign.

Usually I’d say a short game is a bad thing, but I suppose it would be unfair to complain, given that Colonial Marines feels overstretched after about an hour. At only around six hours long, I can’t imagine the mess the developers might have made of the campaign if they’d tried to stretch it any longer. Those buying for value might want to think twice, but finish the game and you’ll be glad they didn’t try to hit ten hours and beyond.

The multiplayer modes range from painful to “not too bad.” The campaign is playable in co-op, including a local version for two players. This doesn’t make things any better. You certainly won’t be making your purchase based on the online games, although if you’ve already paid full price, there might be enough there to get rid of the bitter taste.

I can’t say I’ve run the tests to back it up, but I’m almost certain that the graphics in Colonial Marines are about ten times worse than those in 2009’s Aliens Vs Predator. Textures are substandard, animations are laughable and there are things that wouldn’t look out of place in Goldeneye or Perfect Dark. There are times when it isn’t all that bad, but then you turn the flashlight back on and you’re actually able to see. The graphics aren’t great, but the graphical anomalies and glitches are even worse. Things disappear before your eyes and screen tearing is about as bad as I’ve ever seen. Get yourself ready for a bumpy ride.

I have to say that the audio is actually pretty good. The voice actors, while not spectacular, do what they can with a laughable script and generally come out looking as good as they can. Sound effects are straight from the Aliens universe, and while they become repetitive quickly, I can’t help but feel that’s the fault of the gameplay.

I’ve played the game for hours and can’t think of a single musical track, so that says everything you need to know about the score.

Aliens: Colonial Marines should have been good, but it isn’t. It’s been screwed over by a lack of respect; for the original creators, for all the people that have built upon the Aliens universe over the years and for the gamers, who the developers felt would buy the title anyway. As a rental to play in a dry spell, you’ll enjoy it enough. You’ll enjoy taking it back and never playing it again almost as much.