Level-5’s Guild series is an interesting concept. Released in physical format for the Nintendo 3DS in Japan, both Guild01 and Guild02 contain games developed by famous Japanese developers. Strangely, none of the games go together, and each offers a completely different experience. It’s an eclectic assortment of titles, to be sure, and thankfully most are available in the West via the 3DS eShop. All are worth playing, but the worst of the bunch is easily Keiji Inafune’s Bugs vs. Tanks.

Nazis Can Be Funny, Right?

Bugs vs. Tanks tells the story of a German platoon during World War II that somehow gets shrunk by what they believe to be a secret weapon created by the Allies. Their tanks shrink, too, but now instead of fighting human enemies, they’re blowing away gigantic ants, mosquitoes, moths and spiders in order to survive. It’s a little unsettling to play as Nazis, but at least the game is a light comedy that depicts them as bumbling morons.

An interesting premise that had some potential, but it just doesn't get interesting

The humor is fine, but where the game stumbles is with its gameplay. After selecting one of the available missions from the menu, the player takes control of their tank and sets out to accomplish certain objectives, like reconnaissance, finding food and water, or holding off insects that are attacking the base. This is pretty much all the variety there is, and it starts wearing thin quickly, especially since most of the maps look almost the same.

Who Knew Blowing Up Bugs Could Be Boring?

The lack of variation might be more tolerable if controlling the Panzer and blasting ants was as much fun as it sounds. Well, it isn’t, and that’s because moving the turret and firing manually is too slow and clunky to be of any use. The developers apparently thought so, too, so they decided to make auto-fire the default option, and made sure to stress in the menu screen that manual mode is really hard. They’re not lying, especially since the bugs are an absolute pain in swarms, but auto takes away a lot of the challenge, and simply driving the tank around while the AI does all the dirty work gets dull. 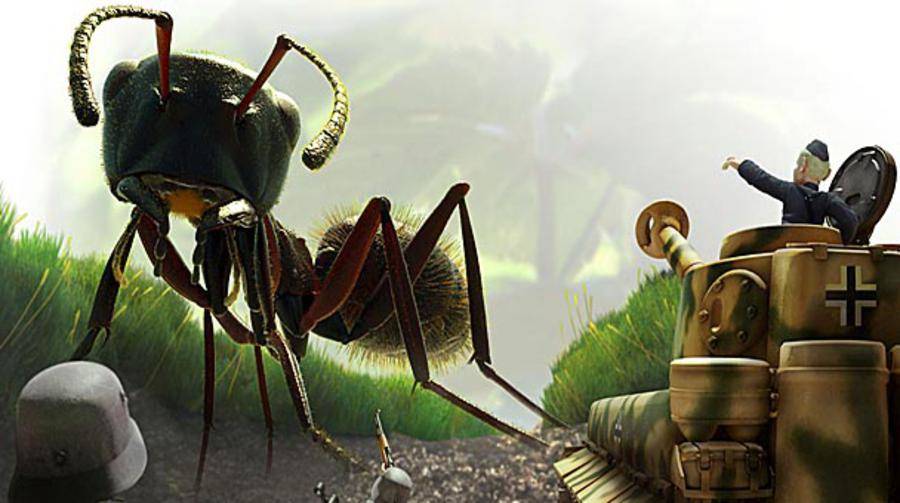 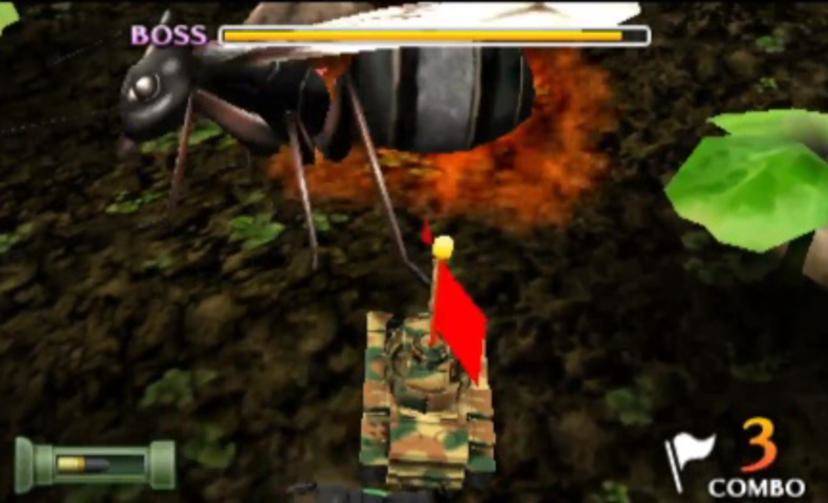 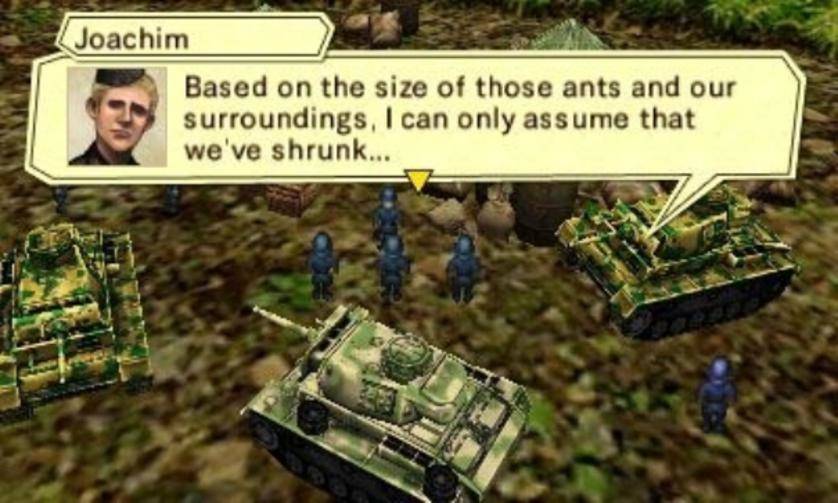 As bad as this all seems, there is some mild enjoyment to be found. Every once in awhile the game decides to provide a mission that isn’t like the rest, such as rescuing troops from a massive spider web, or tosses environmental conditions in that require patience, like finding shelter when it’s raining. This, along with being able to upgrade the tank, mixes things up a bit, but it’s really not enough to make the game engaging.

Bugs vs. Tanks has an interesting premise that had some potential, but it just doesn’t get interesting. The cheap controls, muddy visuals, and uninspired gameplay bog the game down in mediocrity, and overall it feels like a lazy effort. It has its moments, but ultimately it’s a hollow, unappealing experience.