8.3Based on
2 ratings
Login / Register to rate.

Titles that fuse together two unique play styles and characters often suffer in the end from attempting to please both fan bases, inevitably pleasing neither. Fortunately, this is not the case in Level-5 and Capcom’s latest release, Professor Layton vs Phoenix Wright Ace Attorney. Although the title is not without its shortcomings, the overall product is a must have for fans of either series.

While both the Professor Layton and Phoenix Wright franchises focus on solving mysteries, one tackles it on the ground while the other does so in the courtroom. Perhaps this is why both franchises work so well together. Professor Layton and his young assistant Luke carefully do the detective work, completing a variety of puzzles that uncover the clues and truths about the mystery. Phoenix Wright takes the evidence procured by Layton and uses it in the courtroom with his assistant Maya, cross examining witnesses until a verdict can be made. While Layton continues to be what it has always been, the Phoenix Wright franchise sees new styles of gameplay not ever utilized before.

The last Layton title was to be the last in the series, capping off the second of two trilogies and the last of six great titles. The games developed over time, incorporating new gameplay styles to keep the franchise feeling fresh.

While both the Professor Layton and Phoenix Wright series' focus on solving crimes, one tackles it on the ground while the other does so in the courtroom

The Layton portions of Layton vs Wright are just fan service to those who have fallen in love with the Layton franchise. Unfortunately, the puzzles in this release are a ghost of what they used to be. Perhaps this is why Level-5 were done with making games that used Layton as the protagonist. A lack of new and innovative puzzles is one issue I had with Layton vs Wright; understand that the puzzles in this release are not terrible, or particularly bad. They just aren’t on par with past Layton games, and can be too simple at times.

Unlike Layton, the Phoenix Wright franchise is going strong. Just recently, Capcom released a Wright game on iOS. So, it was inevitable that the developers would try to stick something new into this title, and they did just that. 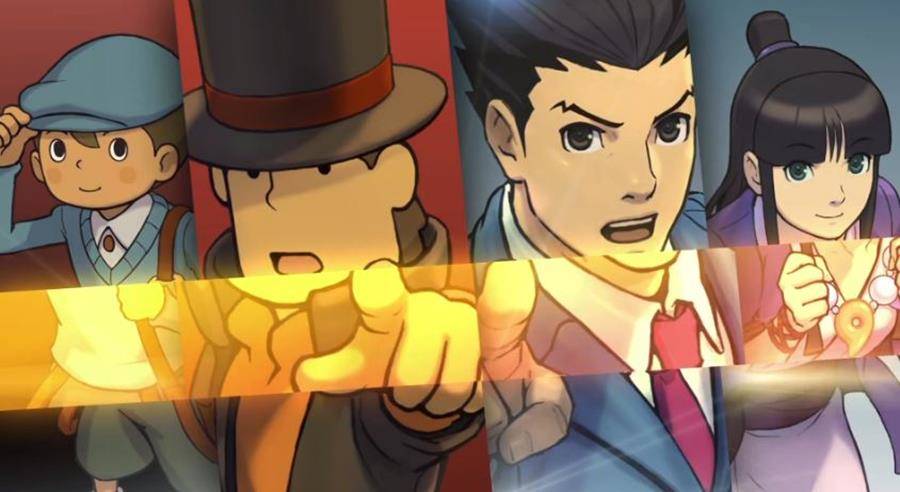 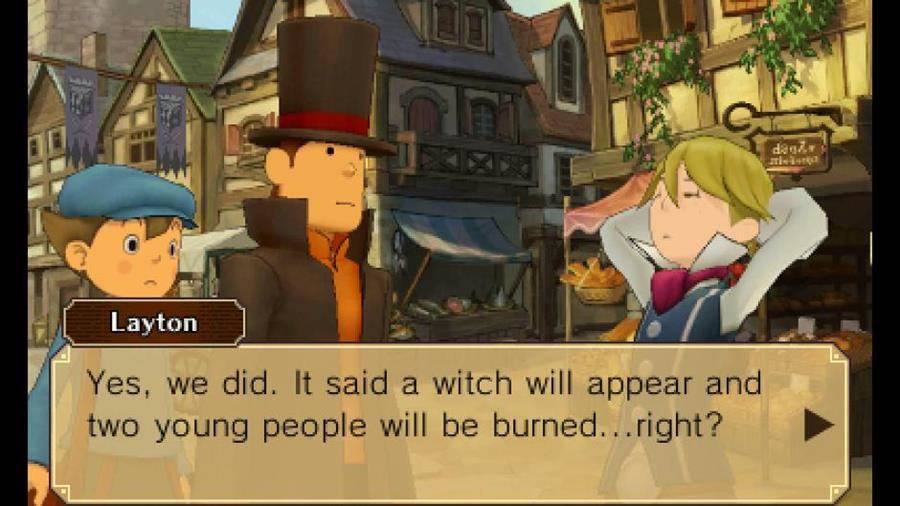 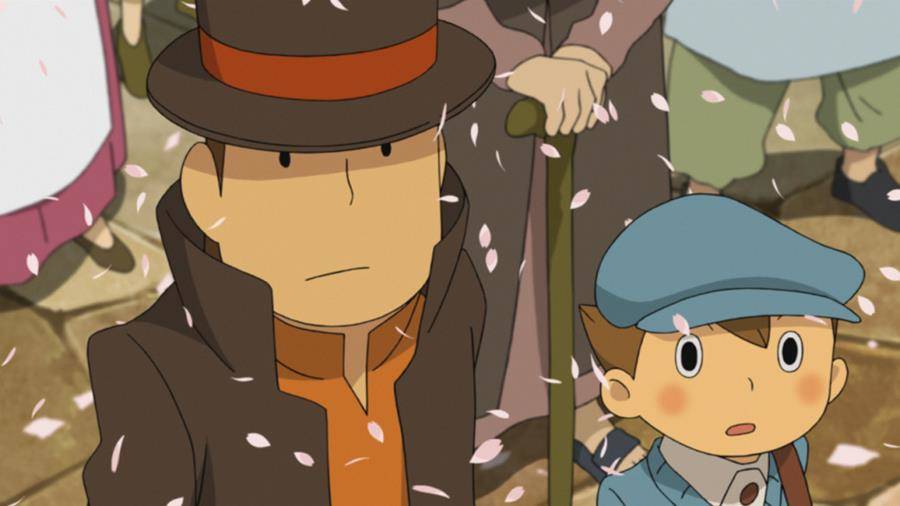 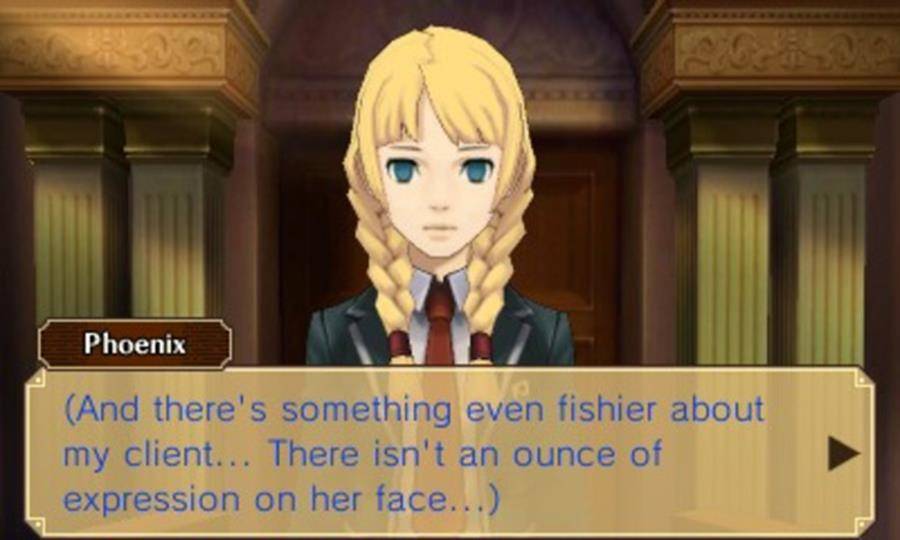 While single cross examinations were possible in previous Wright games, Layton vs Wright allows players to cross examine multiple witnesses at the same time, allowing for more options in the courtroom. It is a nice change from past Wright games.

Don’t Judge What You Don’t Know!

If you’ve never played a Layton or Wright game then this is the perfect stepping stone. Be prepared, however, for lots of reading. This title in particular is about 50% text and 50% area exploration, courtroom battles and puzzle solving. The amount of text in this game is NOT a negative in any way. It is par for the course in both franchises, so obviously Layton vs Wright will be no different.

If you’ve never played either franchise, there is no better time than now to jump into both. This is the best option for those wondering if they will like one or the other, or potentially both. It takes what is best from both franchises, makes a few improvements, and produces one of the better 3DS experiences of 2014.

So What Is It?

I’ve explained all about Layton and Wright as separate franchises, and showed the differences, or lack of differences, that this game gives over past titles in either franchise. Fortunately, both franchises work as well together as they do apart, making me wonder why there hasn’t been a crossover game sooner!

Both franchises work as well together as they do apart, making me wonder why there hasn't been a crossover game sooner!

The game begins with both protagonists having interactions with the same, mysterious girl, Espella Cantabella, who is being chased through London by witches from the magical city of Labyrinthia. The intro in London serves as a great tutorial for both the Layton and Wright portions of the game. As the player, you are walked through both styles of gameplay in easy, but informative, puzzles and cases. Once both Layton and Wright are swept off to Labyrinthia, the real fun begins.

This is spoiler free, so from here on out, what happens in the game is yours to discover. However, be prepared for a few less than great experiences. Although the gameplay is generally streamlined, I feel that portions become drawn out with dialogue that doesn’t necessarily advance the story. Perhaps this is because the writing, although good, is not on par with what has been done in the past with both franchises. The Layton portions of theplay out much like any other Layton title, which is great. Unfortunately, the same cannot be said for Wright. I often figure out the case long before the game has, meaning I’m forced to click through and produce evidence without much thought or challenge. It’s infrequent, but does pull me out of the experience from time to time.

If you like either franchise, this title is totally worth your time. Like I said earlier, this is one of my favorite experiences of 2014.  It’s definitely not a game for everyone, but if you love puzzles and can get past the dialogue, there might be a little bit here for you as well. Unfortunately, this title won’t receive the acclaim or reach the sales numbers that it should. However, it is one of the best that either franchise has to offer.