7Based on
1 rating
Login / Register to rate.

A few years back, PopCap released their mega hit title Plants vs Zombies. It definitely wasn’t the first in its genre, but it was one of the best. People have tried to replicate this formula to varying degrees of success. One company, Circle Entertainment, has done an admirable job with their latest title, Demon King Box for 3DS.

Demons All the Way Down

Demon King Box is not breaking any boundaries. You play as a wide variety of demon heroes controlling multiple different types of demon pets, all with the end goal of conquering the world for the Demon King. You drag and drop – alternatively, you can click and drop – your demons on one of three paths that lead towards the enemy. Enemy demon pets will wander down these three paths randomly towards your army. It has a little bit of everything, but I can best sum it up in one way: it’s like playing Plants versus Zombies where both the plants and zombies move towards each other.

You play as a wide variety of demon heroes controlling multiple different types of demon pets, all with the end goal of conquering the world for the Demon King

There are varying type of demon pets to control, including archers, mages, and warriors. They all have different strengths and weaknesses, meaning players will need to have the correct balance to complete the short, yet entertaining story. By winning battles and feeding the demon pets food, they increase by a level; this RPG element makes the game different from other similar titles currently available.

There is also the option to create new demon pets. Simply merge (mate?) two demons together to create a new, more powerful demon, hungry to fight for your cause. Again, this is a nice break from what is usual in these types of games. It is a welcomed extra added level of depth.At first, the game is incredibly easy. I was worried I would blow through the whole story in less than a few hours. After only thirty minutes, I was already 24% finished. However, the difficulty ramps up pretty quickly, although it is fair. I never felt the need to grind for food so that my demons could easily defeat the next set of enemies. Instead, when I did lose a game, I came at it a second time from a different perspective, with different minions and different strategies.It’s not the most visually impressive game animation wise, but the artwork throughout is above par. For the low price of 3.99, however, there shouldn’t be too many complaints. 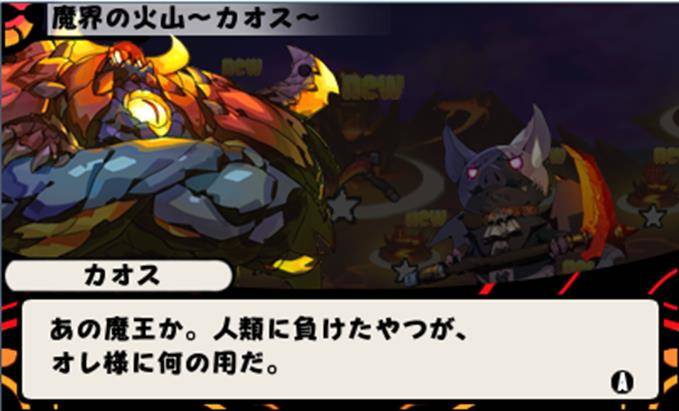 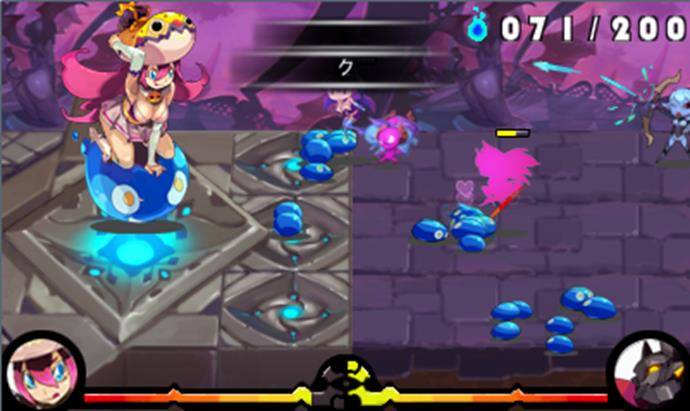 The game is about the experience of playing, and that experience is fairly strong. The game is not insanely long, but I say this as a good thing rather than a bad. It doesn’t overstay its welcome, and it doesn’t try to be something it is not.

If you have enjoyed these types of games in the past, than perhaps Demon King Box might be the game to get while you wait for the next big 3DS release. Unless you abhor this type of experience, I doubt you will be disappointing.