What you find in Code Name S.T.E.A.M*. is not your usual London. Instead, you’ll find a London powered by steam, full of aliens and…Abraham Lincoln? Yup, this iconic America hero, as well as many other real and fictional characters, all team up to rid London of the nasty alien pests; while this sounds completely wacky – which it is – it also works really well, making it one of the best turn based games I’ve played in a long time.

While the game does take a lot of cues from other popular turn based games – Valkyria Chronicles comes to mind – there is plenty here to make this title feel original. Although this may not appear to be your type of game, do yourself a favor and at least try to get the demo. There is a good chance 1) you will be pleasantly surprised, and 2) you will pick it up. 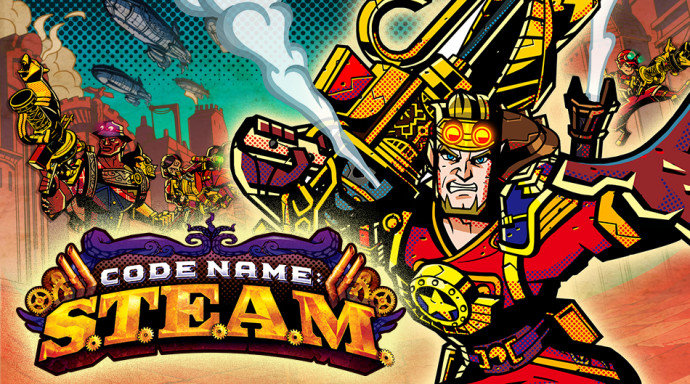 There is no denying that turn based games occupy a very limited space in today’s world of big, expansive triple A releases. This is definitely unfortunate, as turn based games offer up some of the best strategy gaming around. The 3DS has been home to a lot of great, and not so great, turn based games. However, after many hours with Code Name S.T.E.A.M., it does appear to stand tall above the rest.

The gameplay is relatively simple. Different characters – up to four during a scenario – have a different weapon type and play style. I’m not going to spoil who you may get to play as or what they do in the game. However, character selection allows for some excellent strategic opportunities, especially when battling it out in the faster paced multiplayer mode.

Each character in a level has a set amount of steam power, which is used to move the player, use a weapon, and to counter attack (during the aliens turn). The amount of steam and the unlimited time you have to make your moves inevitably forces makes for a much slower, single player experience. Let me explain.

Slow Pace is the biggest knock! 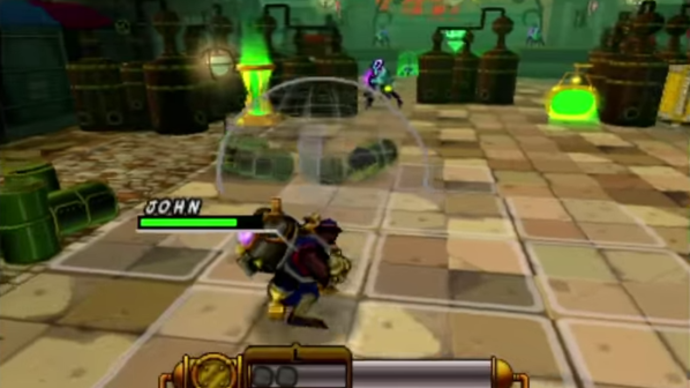 The single player mode gives you unlimited time to make your decisions, and this inevitably can make some levels drag on. No matter how aggressive I tried to be, I was rarely successful unless I spent a good while on each level. Code Name S.T.E.A.M. allows players to move forward, decide if thats what they want to do, and potentially move back, replenishing their steam as they go. Until a weapon is fired, players can backtrack to their start position for that turn and try a different tactic. As you get along in the game your first decision with each character inevitably get better, but as you try to figure out the best course of action during the early stages, things can drag. Alien movement, however, never speeds up. And since their is no over world map to look at, and since you don’t get to see what the aliens are doing, you often just look at one of your characters doing nothing, and it lasts far too long.

Things to take Advantage of:

There are a number of things players should take advantage of if they hope to get the most out of Code Name S.T.E.A.M. First, overwatch is almost a necessity. Overwatch allows players who have saved steam during their own turn to attack aliens that advance on them during the aliens turn. When I was first introduced to overwatch, I ignored it. That didn’t last long for me, and won’t for you.

Custom loadouts are also very important. While each character has their own unique weapon to use, the rest of a players loadouts can be customized. Players that take advantage of having a well rounded group of 4 will be the most successful and have the most fun.

If you do purchase Code Name S.T.E.A.M. and you feel that single player really isn’t for you, don’t just give up hope. Jumping into multiplayer is like a whole new experience. Instead of having unlimited time to make your moves (like in single player), players have only sixty seconds to complete their entire turn. This makes for a much faster and much more intense experience.

Finally, be ready for a wide range of amazing characters to choose from, all of which will remain a secret for this particular review! 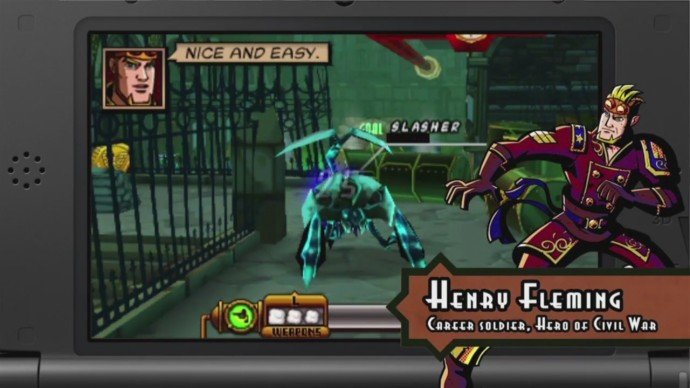 To get the most out of Code Name S.T.E.A.M., players will have to put a lot into it. This is far from a pick up and play title, but once you get the handle of using a balanced attack to fight off the aliens, things will fall into place. The lack of an overview map of the level keeps the gameplay intense as it’s almost impossible to predict where the aliens will come from, or what abilities they have at their disposal. This is a good thing, because things can get bogged down during single player.

Fortunately, the games slower paced single player is balanced nicely with a much faster multiplayer experience. I only wonder why an expert mode wasn’t included for single player which also limited the amount of time you had to complete your turn. Regardless, Code Name S.T.E.A.M. wasn’t a game I expected to enjoy, but after sinking many hours into it, my own interest in the game has spiked.

Despite the T rating, I wouldn’t have any issue having 9 or 10 year olds playing Code Name S.T.E.A.M. Besides a violent premise of heroes fighting aliens, the game is pretty tame. The art style does not lend itself to gore and blood , so the death of aliens is relatively tame.