It can be easy to find fault with some of the Square Enix iOS releases: whether its laughably bad pricing models (Final Fantasy: All the Bravest, Demons’ Score) or overpriced re-releases (the Final Fantasy re-releases), there are times where it feels like Square’s reaching a little too far into the wallets of gamers. But there’s no denying their support for mobile platforms: with over two dozen releases under their belt, from Chaos Rings to Space Invader: Infinity Gene – and their latest title, the entertaining-but-repetitive Bloodmasque.

A Vampire Hunter Am I

Bloodmasque’s most unique feature isn’t a game mechanics or RPG-like features; it’s the face-mapping system called Masque, which allows players to use pictures as the face model for their vampire hunting character. It’s not a perfect piece of tech, but leads to some amusing results, with the ability to use different pictures to represent ‘calm’, ‘happy’ and ‘angry’ faces. This leads to some hilarious moments throughout; unfortunately, this is the only real moments of joy to be found in the game. 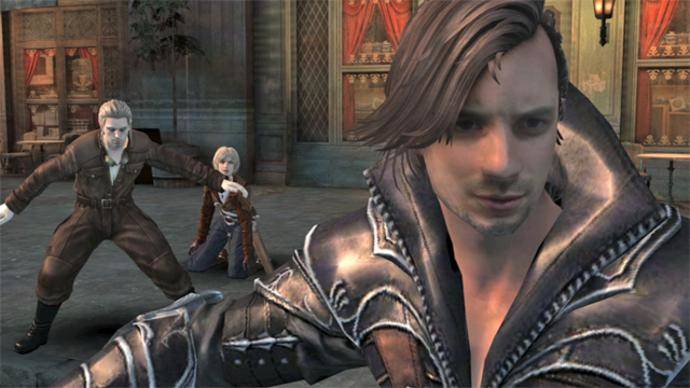 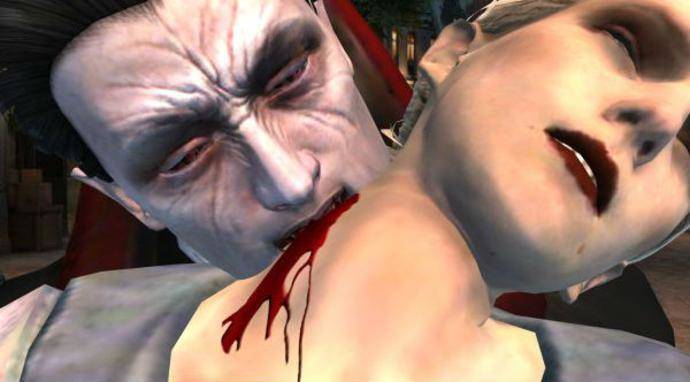 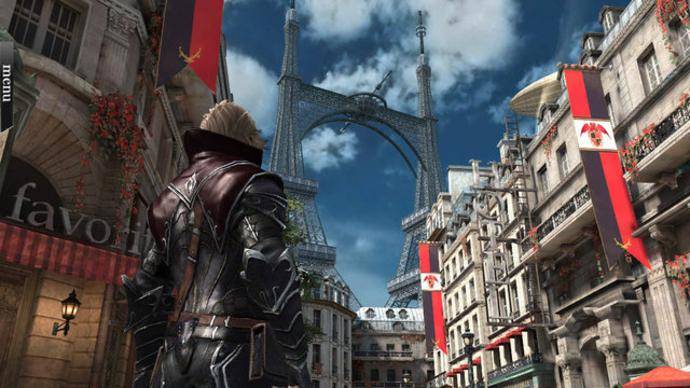 Boiled down to its most basic form, Bloodmasque is Infinity Blade with some party RPG elements thrown in. Players create their character and enter various areas of Paris, walking around small contained locations and accepting missions from the townsfolk. These missions involve – you guessed it – killing vampires, which awards all the XP (otherwise known as Blood) and rare weapons one might desire. It’s a loot-and-swipe: stages are set like Batman: Arkham City Lockdown, where players fight a succession of enemies until defeating a boss, then returning to HQ to apply upgrades, new equipment and the like.

After selecting a mission, players are brought to a screen to select party members. There are no story reasons given for this; the story is just lots of dense text about vampire mythology, interspersed with cutscenes full of shlocky dialogue (which oddly isn’t always voice or always text, but a mix of both). But I digress: in the party selection screen, players choose between random gamers in the Bloodmasque world, bringing their characters in their party to create Status Effects (based on their ‘bloodclan type’) which help greatly in battle.

Definitely a game I'd recommend for hardcore RPG and/or vampire fans, but the average Joe Gamer is going to walk away from this after an hour.

The first few battles, these party members won’t really matter – but after about ten missions, the difficulty ramps up and becomes a slow, slow grind. Then, party members come into their own. Forming ‘bloodbonds’ with other characters allows them to pop up more often in your party selection screen (and vice versa), helping achieve gold, blood, and great loot faster through this social connectivity feature. It’s neat – but unless you’ve got some friends leveled way past you already, the game becomes a slog after the first hour.

The problem with Bloodmasque is its repetition: battles never move beyond swiping madly to avoid enemies, then spamming your finger on the screen to attack. That’s all there is to it; sure, it uses a 360-degree battlefield, and vampires turn into monstrous, powerful creatures halfway through fights, but there’s nothing else innovative (or even that thoughtful) about battles, which is really the core of the game. A special attack highlighted by a couple QTE’s doesn’t do much to change this – nor do the two animations repeated at the end of missions, when players drive a stake (free wooden stakes, or premium iron and gold stakes) through the vampire’s heart to get their victorious spoils.

It looks great (especially the contained locations players walk around; the landscapes there are beautiful and sound fine, but it never makes any real attempts to step out of the formula and present players with something different. Combine that with the grind the game puts you through after the first hour, and it becomes a slog, a melange of sword swipes, repetitive missions, and “premium” forms of currency (there is commonly-found gold, and the rare ‘blood’ currency; but you can get both with IAP!) that all kind of blend together in the end.

I certainly appreciate Square Enix’s effort to support mobile, but their most recent releases – Bloodmasque and last month’s Deus Ex: The Fall have disappointed more than they’ve impressed, solid on just about every level, but impressive on none of them. At times, Bloodmasque feels like its going through the motions, albeit with a bit more personality and a lot denser mythology to work from than most games of its ilk. Definitely a game I’d recommend for hardcore RPG and/or vampire fans, but the average Joe Gamer is going to walk away from this after an hour.