Usually the story in a video game uses the same techniques found in other mediums. Epic adventures that have clear beginnings and ends. No matter what sort of free-roaming choices there might be along the way, games tend to follow a linear series of events that lead the protagonist to The End. Games might have multiple ending depending on player choices, but each run through a game is a self-contained journey with its own neat conclusion. The game 9 Hours, 9 Persons, 9 Doors uses a format that can’t be done in another medium; each trip through it will result in a decisive end, but all of these journeys combine into a single cohesive tale. 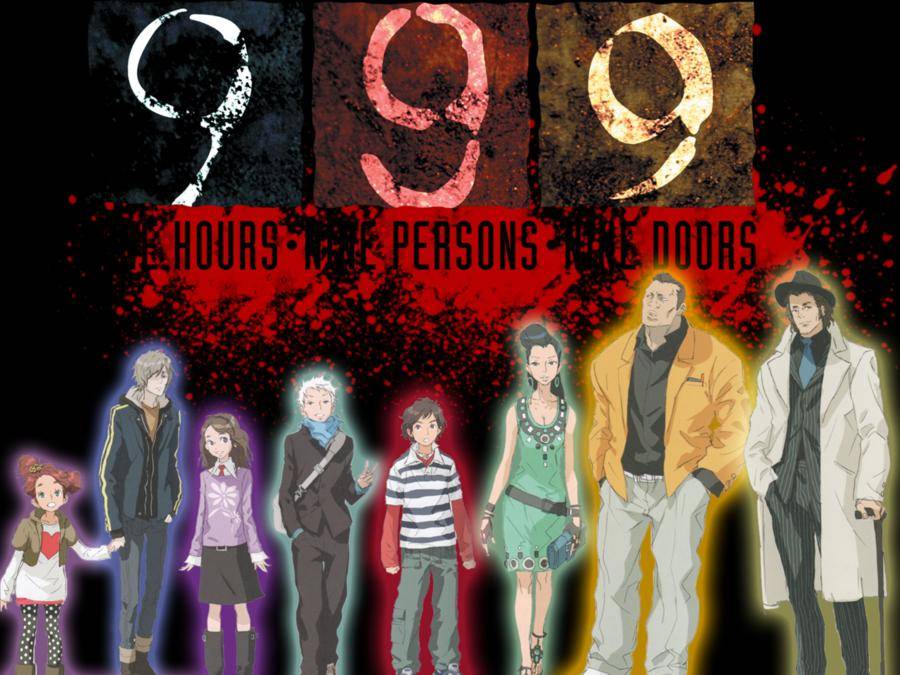 The “Visual Novel” genre of gaming is quite popular in Japan, but it never caught on with American audiences. Games with simple mechanics, lots of dialog, and little animation cater to a niche crowd and only a handful of visual novels have had any success on Western shores. A notable exception is 9 Hours, 9 Persons, 9 Doors, also called 999. It hit the Nintendo DS in 2010 and developed a cult following among Nintendo fans who wanted intelligent story-telling. It was popular enough to warrant a sequel, called Zero Escape: Virtue’s Last Reward which came out for both the 3DS and the PlayStation Vita. However, 999 remained a DS exclusive until it was adapted for the iPhone this year.

The original DS version didn’t have much interaction when compared to most other games. Players could interact with the environment to solve puzzles and search for clues, but most of the time they were just tapping through screen after screen of text as the characters spoke to each other, or a narrator described what was happening.

The new iOS version takes away the puzzle-solving and the exploration, thereby turning 999 into little more than a “Choose your own adventure” comic book where players only have three choices throughout the entire story. It takes an hour before the first choice comes, and the rest of the time players will just read text and manga-style comic pages for hours on end. Many players will no doubt be confused or annoyed by the near total lack of interaction. 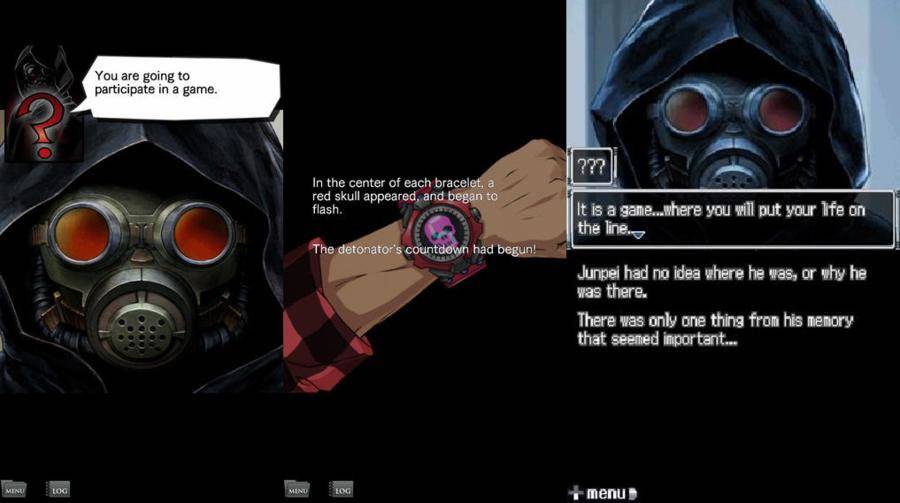 Despite the limited gameplay, the story is so clever and inventive that 999 is worth experiencing. The basic plot is that nine strangers have been placed in a ship that will sink in nine hours unless they can work together to solve a series of puzzles that unlock nine doors. Yet, that isn’t the true story here. There is a massive paradigm shift where some of the things that players take for granted aren’t actually true. Players are meant to experience an abrupt and pointless end, only to persevere with subsequent re-plays before eventually unraveling the full story of 999.

There are six endings and players will have suffer several bad ones before the proper end comes. There is an explanation for this in the game’s story and, once players realize what’s happening, 999 becomes an engrossing adventure. They might muddle through their first game, but each subsequent play only makes it more and more fascinating.

Releasing this iOS adaptation will mean that more people can enjoy the 999 story, but this is clearly an inferior version of the original DS game. The puzzles have been cut out in an awkward manner and replaced with curt text saying something to the effect of “The room was filled with many puzzles and they solved them”. This is a stark contrast to the usually verbose narrative that describes everything else in the game.

Players who own a DS or 3DS should definitely play 999 on that platform rather than this version. However everyone else should consider the iOS adaptation to be a second opportunity to play a cult hit that was previously only available on a single platform.