Never a fan of torturous hardcore platformers, Ravenous Games’ League of Evil stole my heart in 2011 with its magnificent controls and pixelated graphic style. Not only did it kick off the well-loved (and hated) “retro” trend that captured the App Store for the next year or so, but it also showed that iOS was a serious gaming platform, one capable of precise controls and infectious, original ideas. After ditching the pixel art style and dialing down the difficulty with last year’s League of Evil 2, Ravenous returns to the well once again with League of Evil 3, a sequel that brings the same great gameplay and aesthetics of the previous titles – and not much else.

For hardcore LoE fans, League of Evil 3 is really LoE 2.5: the biggest change between the two titles is the difficulty of 3. After many fans lambasted the difficulty of 2, the challenge has been ramped up considerably in 3, with new enemies, obstacles, and much more unforgiving construction of the game’s 85 levels (spread across five chapters and designed to be completed in 10-20 seconds, similar to its predecessors). Forget completing the level fast enough for a three-star rating or hunting around for the hidden briefcases in each level: just surviving the first chapter of 20 levels is going to test the skills and patience of any competent gamer. 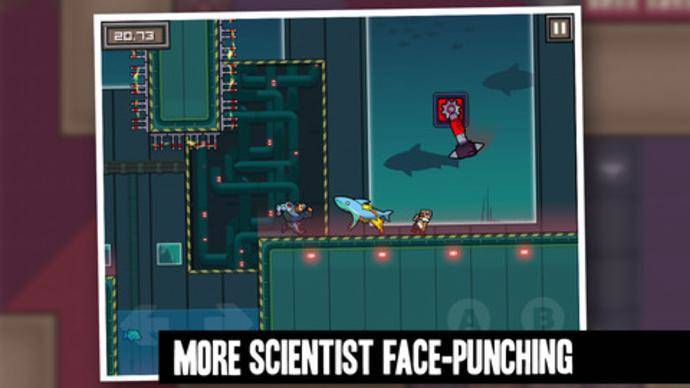 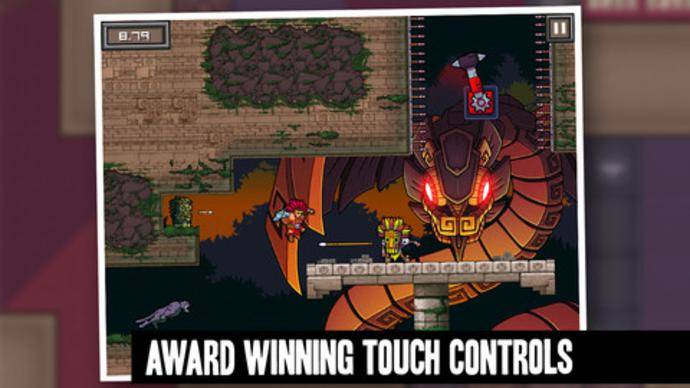 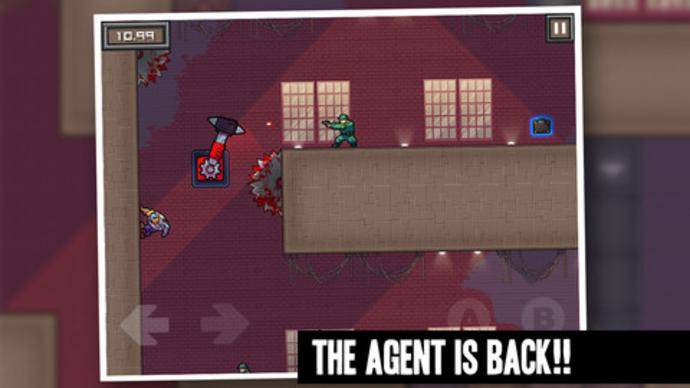 It’s difficult to the point where the tenth level of the game feels akin to the Impossible Missions expansion of the original LoE, meaning every single level demands impeccable timing and the reflexes of a wild panther. It will quickly wear on gamers who find themselves dying 20-30 times on the game’s sixth level – and even those expecting the typical LoE challenge will find themselves frustrated with the immediate spike in the game’s difficulty.

I hate to say a game is too difficult: but there comes a point where the perfection it demands exceeds the skills of the average gamer. Sure, League of Evil isn’t a game designed for mass appeal (essentially iOS’s equivalent to Super Meat Boy, with less ingenuity in its design), but the game gives players such great tools – the touch controls remain the benchmark for iOS games – it’s a shame that most people will give up before they can really enjoy the care put into the game’s level designs.

League of Evil 3 utilizes the same graphics style from the previous title: every frame of the player’s movement is cleanly animated, with bloody explosions bringing every failed run to its end. The first world is a bit of a drag graphically (a drab industrial design that matches the lifeless first worlds of the first two installments), but the final three worlds all look great, from the underwater levels to the lava-drenched final chapter.

Predictably, the soundtrack remains as great as the controls, though it’s still too short. There is only one track for each world – and with the amount of dying you’ll do (I died over 300 times completing the first world), the songs will wear quickly, despite being the typical, infectious tunes expected from a Ravenous-published title. Also, the menu music (and design) is exactly the same as League of Evil 2, which really doesn’t help in distinguishing 3 as a unique entry in the series.

League of Evil 3 is a polished, beautiful platformer – but it doesn’t bring anything new to the table except some new art assets and a couple music tracks. It’s still a fun game to play, but the excessively-cruel difficulty and lack of innovation make it a glorified expansion pack, not a true sequel that brings something new to the table – in that sense, LoE3 is a bit of a letdown.