The resurgence of the rogue-like genre is an interesting prism in which to view the current state of games. With so many games resorting to “friendly” levels of difficulty and an emphasis on buzzworthy features like “open world” or general “epic”-ness, it’s no surprise gamers are once again attracted to the rigid challenge and structure of rogue-likes. And in a world where “on-the-go” gaming is quickly becoming a priority, rogue-likes offer an appealing mix of new and old gaming philosophies, an exciting, yet familiar middle ground where action and strategy don’t have to be sacrificed for convoluted stories, elaborate set-pieces, or cash-grabbing novelty.

Wayward Souls – the latest offering from Rocketcat Games, the minds behind Punch Quest – is the latest of this genre revival, following in the wake of other recent mobile and PC entries like FTL or Rogue Legacy. Players control one of six different character classes (three of which are locked from the start) as they fight through three increasingly difficult, procedurally-generated dungeons, casting spells and unleashing special attacks on the way.

Die, and you’ll return to the home screen with nothing but the coins in your pocket – with no persistent equipment system, Souls truly embraces its nostalgic, 16-bit inspired art style (complete with fantastic, piano-laden soundtrack) presenting players with a grueling set of challenges to grind away at for the 8-12 hours it will take to power up characters enough to take down the final boss.

In each play through, players will find themselves in an engaging, atmospheric world unhindered by the normal role-playing trappings of complex mythologies. Each hero has their own story, told through ghost-like apparitions that appear on different floors of dungeons, but these thin narratives are always secondary to the game’s world-building, full of destructible environments and mood-setting lighting effects.

It can’t be understated how well Wayward Souls’ world and mechanics are visually represented to players: rogue-likes are games designed around repetition, something Souls tries to counter with randomly-generated dungeons (each of the three dungeons have multiple unique title sets, and dozens of different segment layouts) and a system of passive upgrades, unlocked by spending money found while defeating enemies and opening chests throughout each world.

There are also secrets for players to find, in the form of forges and altars: as players explore dungeons, destructible walls and hidden entrances allow players to upgrade gear and apply random buffs to their character. While it’s a little disappointing there’s no equipment system (and a character-specific upgrade system that often feels a little too slight), these gear forges and temporary buffs add a fun level of accomplishment and intrigue to each run, instead of relying on the inherent chaos of utilizing random designs for each level. Finding a shield that allows players to block magic or a weapon that offers a high critical chance can be the key to surviving a tough floor or boss battle – and it’s that sense of advancement that kept me playing where the slow character progression didn’t. 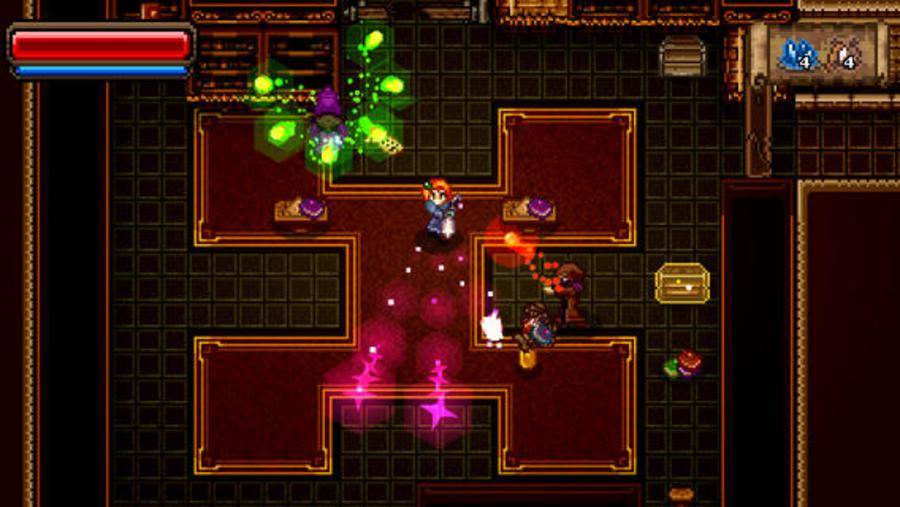 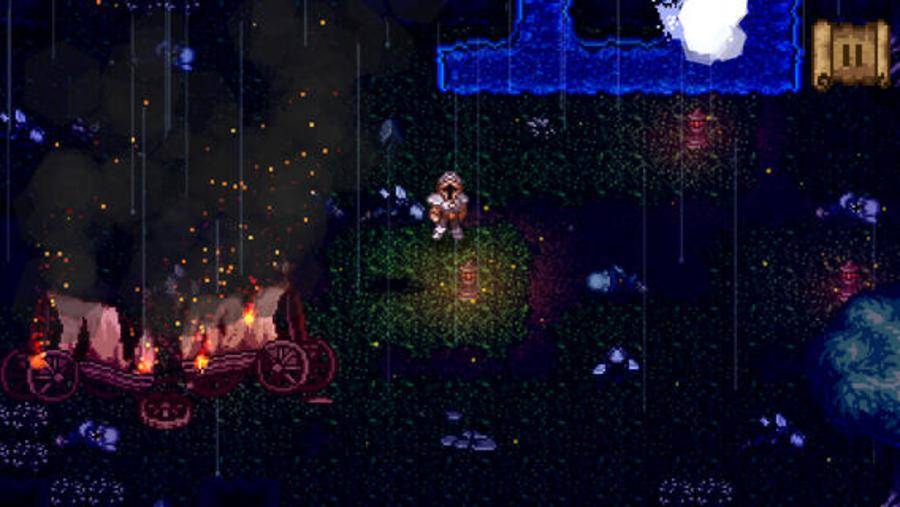 It’s also worth noting how well Wayword Souls controls: taking notes from their previous action-RPG effort on iOS, Mage Guantlet, Souls allows players to control their characters with a fluid, invisible virtual joystick and intuitive swipes to use special attacks (swipe up) and use a shield (swipe down). Like any iOS control scheme, it’s not perfect – spells are still relegated to the pause menu, for example – but it’s damn close, giving the players the confidence in trusting their attack and movement strategies to translate from fingers to on-screen results.

It makes combat – arguably the most integral part of the experience, given how often players are engaged in battle – as responsive and rewarding as it should, even when the repetition of grinding away begins to wear on the experience. Souls is a difficult, difficult game, but its controls and mechanics are not designed to punish or fool the player. With a little bit of patience and strategy, players can control hordes of oncoming enemies with (relative) ease, able to play confidence and not worry about finicky touch controls or cheap AI design getting it the way of victory.

At $4.99, Wayward Souls offers players one of the most challenging iOS-exclusive (for now) experiences available to mobile gamers and rogue-like fans. With Rocketcat already developing significant updates, each of which will add $1 to the price of purchase (although they’ll be free for anyone who already owns it), this is a great title that only has room to grow.