Have you ever been tempted to knock over a few mailboxes? How about whilst driving a tank and whilst dressed as Kim Jong Un?

Mobile games need to be easy to pick up, easy to play, humorous (or at least accessible) and playable in short snippets over a long time. Mailboxing is all of those things. It’s such an ideal mobile game, in fact, that it may just end up being the new must-play on the App Store.

Mailboxing is simple. A car moves automatically down a busy road. You must avoid hitting obstacles (other cars, potholes, people crossing the road) by moving the phone side-to-side, while knocking over mailboxes by tapping the screen. You’ll also need to collect gas, else your anti-mailbox trek will end up being cut short. Although each game lasts probably less than a minute, it’s an action-packed minute of dodging, stress and occasional swear words.

The more mailboxes you hit in a row, the more points each one is worth, but it’s not nearly that easy. Running out of gas results in you having to violently shake the phone  in order to trickle through one final drop and allow you to get to the next fill-up and explosive mailboxes litter the side of the road for people who aren’t paying proper attention to what they’re hitting.

For the most part, all of this works incredibly well. Tapping and moving is difficult, but you never feel the game is at fault when you die. That can’t really be said for some of the harder moments of the game, where you’ll be required to drive fast (if the police see you trashing the mailboxes, a chase begins), shake for gas AND steer. Forget hitting mailboxes, even surviving through to the next part of the game can be difficult. You’ll need to be a damn good player if you hope to even recover from a situation like that. 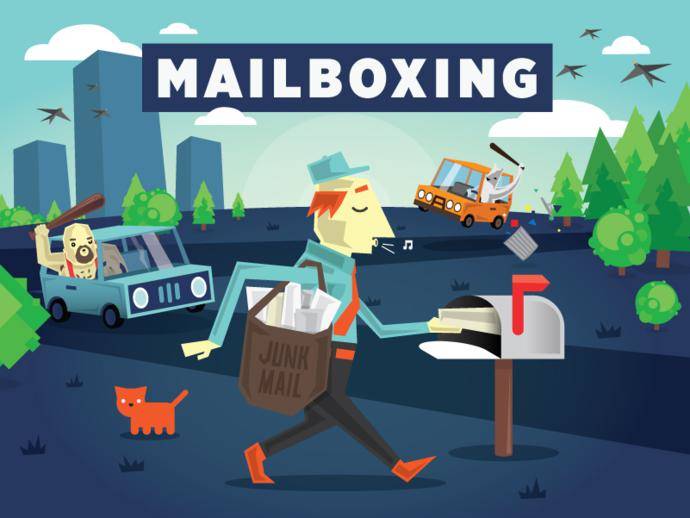 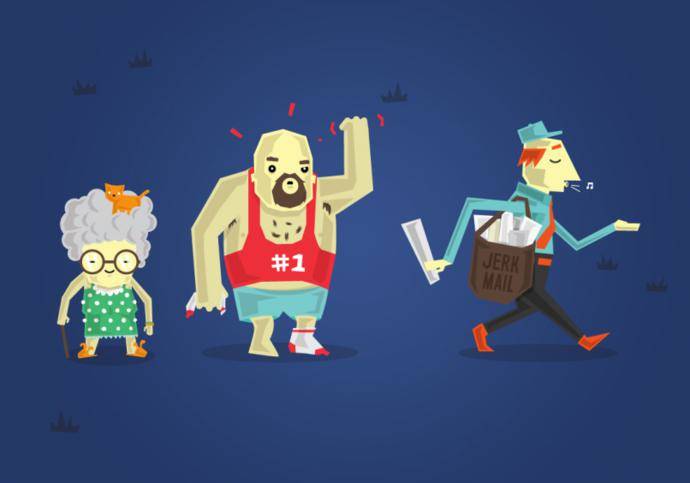 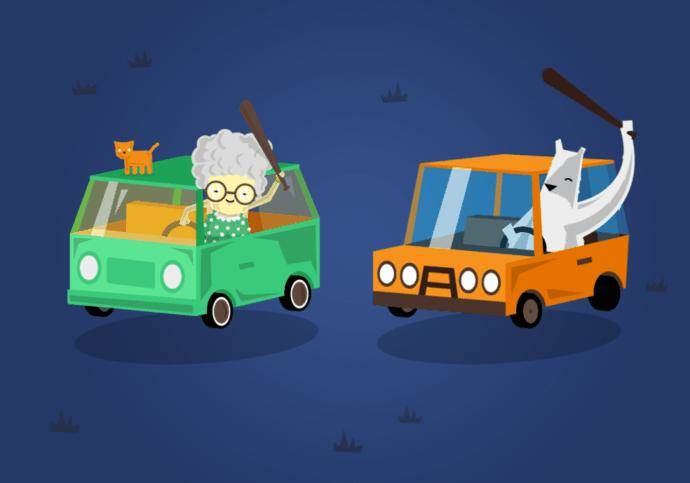 You feel like the game is actively working against you, but it’s survivable.

Perhaps the only really bad thing about Mailboxing is its level generator. Each attempt will be different, and that includes the placement of mailboxes and obstacles. This means that some attempts will be incredibly easy and you’ll rack up hundreds of points without obstruction. Other times you’ll hardly reach 20 points without beginning to struggle. You have the option of posting to leaderboards, but the wildly different difficulty makes getting to the top less attractive. There are three different actual difficult levels as well, so that makes things even more convoluted.

The graphics are pretty great actually, reminding me a little of the play-mats made for kids with toy cars. Everything is rich with colour and everything looks smooth as you drive past. With the camera firmly behind the car, it’s possible to end up feeling a little sea sick – especially during moments where you’re moving a lot or shaking – but I’m not sure how that might be avoided with the game as is it.

The audio is above adequate as well. Sound effects add an awful lot to the experience, are accurate and are queued up nicely, while the music is enough to fill the background without distracting. Like most iOS games, the music will probably end up on mute after not too long, but that’s down to a lack of variety, as opposed to the music itself.

Mailboxing is an excellent game, made better by the inclusion of Kim Jong Un, a bonus character you can unlock in the free version of the game by posting a message on Twitter. There are other characters to unlock as well, or you can pay for the full version and unlock them automatically.

Definitely worth a slice of your time.