In general terms, if you’ve played one LEGO title, you’ve played ’em all. Though each series features different, property-specific mechanics (like the spells in the Harry Potter titles), the concept never changes. Watch a cut scene, enter a room, smash and bash everything in sight, solve a puzzle, repeat. There’s certainly nothing wrong with this; when it comes to simplistic third-person platformers, LEGO’s created a specific niche that only collecting golden nuts and bolts can fill.

There are a few small, but much-welcomed tweaks that keep LEGO Batman: DC Superheroes from feeling completely stale. The inclusion of voice acting (headlined by Laura Bailey, Nolan North, and Troy Barker) and well-known Danny Elfman Batman and John Williams Superman orchestral arrangements give the cut scenes new life, breathing a bit of personality into the block little LEGO creatures. Sure, it’s nothing particularly amazing or original, but it goes a long way to recreating the feel of a cinematic Batman adventure, even though it’s being played out with children’s toys.

It’s repetitive as some might expect (though there are some puzzles that take a little more thought than usual), but it finds that nostalgic sweet spots with its superhero-infested story line (which sees the Joker and Lex Luthor terrorizing both Gotham and Metropolis). The wide variety of players also gives some incentive to keep chugging through: there are 80 different DC characters to unlock, including Azrael, Green Lantern, Tim Drake, Man-Bat, Lady Shiva… from the iconic to the obscure, all the characters from the console version appear on iOS, complete with their own sets of special attacks and abilities. 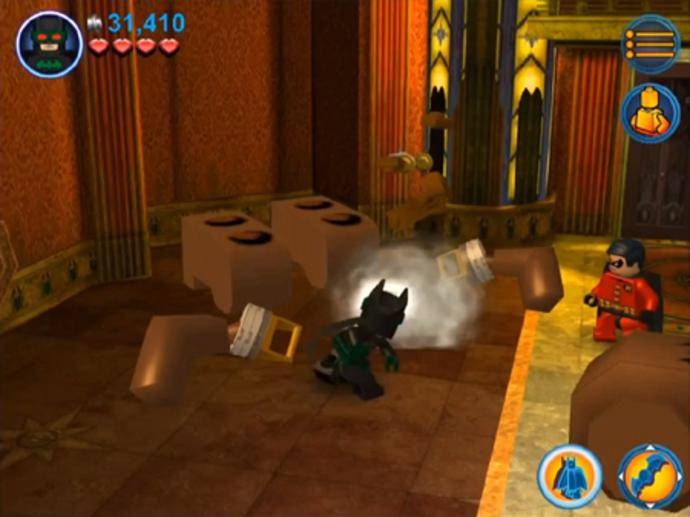 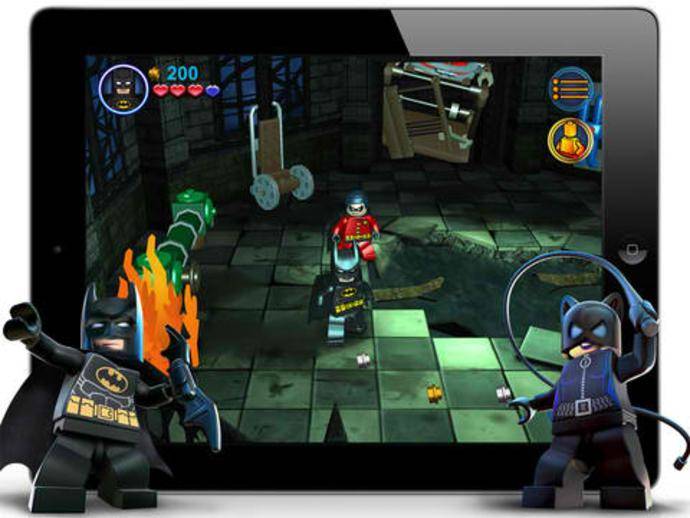 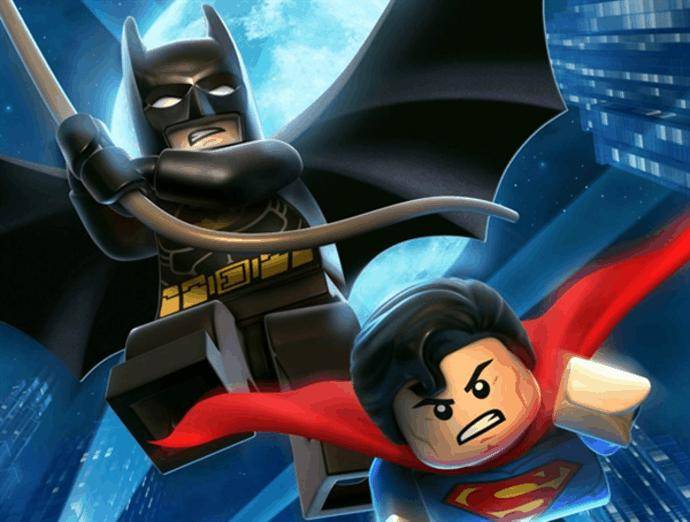 Unfortunately, these characters take quite a bit of in-game currency to unlock. They can also be bought with golden puzzle pieces, which like the game’s currency, can either be bought via in-app purchase or found throughout the game. It’s a small detraction, but one that adds to the game’s grind, which isn’t necessarily its finest quality.

LEGO Batman is easily the most fun I’ve had playing a LEGO game in a long time; but it’s not a game without its share of flaws. There are some areas where frame rates will take occasional dives, and the control system still is hit or miss, even with the inclusion of a new touch-based system as an alternate choice to the normal virtual joystick and action buttons. There are times where character’s special attacks (Batman’s power suit, in particular) don’t execute animations properly, so they’ll get stuck mid-animation for a few seconds, until they complete the attack in the now-empty space where the enemy once was. Both the frame rate and control issues are minor, but they will pop up every now and then, just enough to become a bit of an annoyance.

Overall, the game’s aesthetics are what separates it from previous titles – the addition of voice acting alone breathes new life into the adventures around the DC universe, even if the character beats and story arcs are pretty standard fare (backing them with the boisterous orchestral themes from the films helps, as well). With a wide cast of characters and hours of block destroying (and rebuilding) at one’s fingertips (for only $5, I might add), LEGO Batman: Dc Superheroes is an easy recommendation for comic fans and brawler platformers alike.