If you had the opportunity to look one year into your future would you do it? Would you want to see if a new business venture paid off, or if a lost love might return to your life? Perhaps you’d see something terrible; would you be able to avert disaster?

A tempting offer, to be sure.  But suppose that in order to receive this future vision you had to stave yourself for 24 hours on New Year’s Eve, and then set off through the dark woods at exactly Midnight on January 1st hoping to reach a nearby church. Oh, and did I mention that the most terrifying monsters of Scandinavian myth will be trying to stop you every step of the way?

If you typically enjoy horror games, the first thing you will think when you begin Year Walk is “This game is not going to be able to scare me.” That’s what I thought. 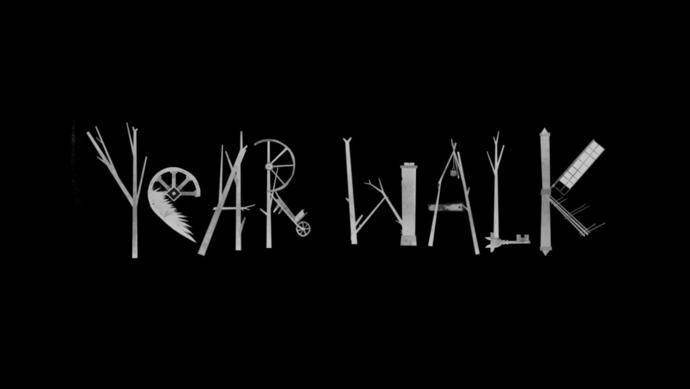 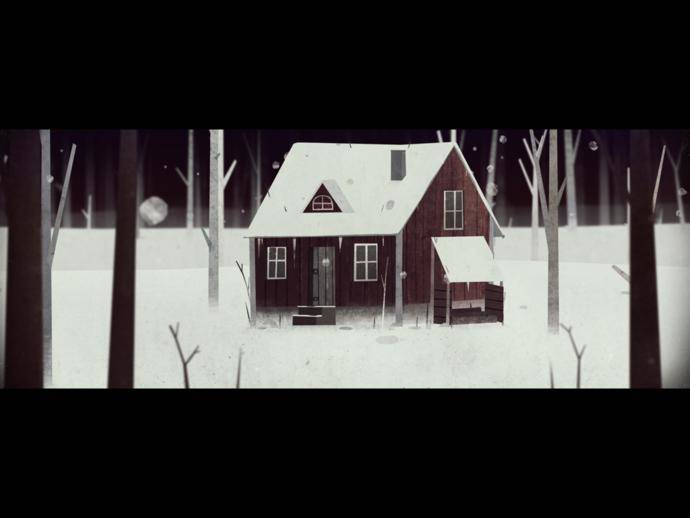 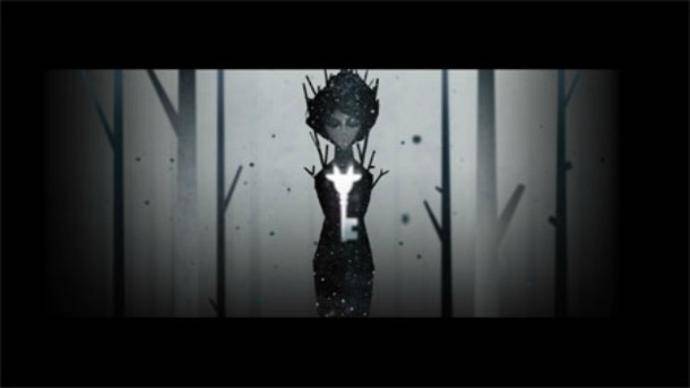 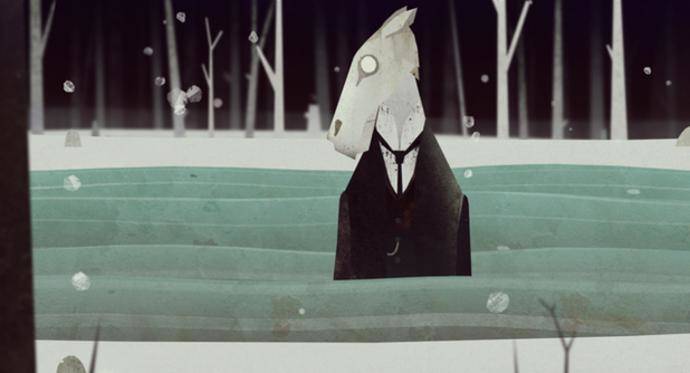 You’d be forgiven for thinking it, however. The game has a stunning visual style, but not one I thought was particularly terrifying at first. The game basically looks like a pop-up book come to life as played on a projector from the early 1900’s. As you scroll to the right and left, you’ll see paths leading either north or south, and a quick swipe rings you to a new 2D place which you can continue to explore to the east and west. White and black are the main colors at play, but you can expect to see a few other muted colors at important places. And what horror game would be complete without some deep red blood?

If you played Beat Sneak Bandit, you know that the team at SIMOGO knows good audio. While the sound design in Year Walk might not be quite as central to the actual gameplay as it was in Bandit, it is incredibly important in setting the atmosphere and scaring the living daylights out of you. You’ll hear the simple crunch of snow underfoot as you explore the environments and the excellent (and surprisingly varied) music that rises and falls, setting up the perfect scares. All in all, the audio design is easily my favorite part of Year Walk. Expect to jump a few different times if you are playing the game with headphones on, as it was meant to be played.

Year Walk is essentially a horror puzzle/adventure game. You spend your time walking around and exploring, seeing things that make no sense out of context, and then feeling like a genius when you apply the knowledge you learned exploring to the right puzzle. Puzzles range from incredibly simple to maddeningly difficult, but they never feel unfair. A few even break the rules established earlier in the game, or ask you to use your device in some interesting or unexpected way. The game does a decent job of telegraphing what you are meant to do after a bit of thinking. You’ll likely want a pad and pencil nearby to jot down some notes, because a few of the puzzles require remembering complicated sequences of things that you’ll likely find difficult to simply memorize.

You’re also encouraged to download the Year Walk Companion, a free app that reveals information about the various creatures you encounter on your journey through the forest. Besides being a fascinating read, the companion might just have a few secrets of its own to reveal after you complete your own Year Walk.

The biggest drawback to Year Walk is the length. Many gamers may balk at the idea of spending $3.99 for a game that a very intelligent person will almost certainly finish in under an hour. For the record, I think my personal Year Walk took almost an hour and a half, taking into account the reading of the companion entries and finishing the game. Unfortunately, the game doesn’t have any real replay value to speak of, as once you have completed all the puzzles and seen the creepy things that Year Walk has to offer, you probably won’t have any reason to go through the whole thing a second time.

Year Walk is a great little horror puzzler for iOS. If you have the stomach to throw on some headphones and sit in the dark, you’ll get so much more out of the game, and the one-off experience was well worth the price for me. The companion app adds a fun second dimension to the game that is unlike anything else I have seen on iOS. If you won’t be too turned off by the price and lack of replayability, take a stroll with Year Walk. You won’t regret it.