What happens when you take a beloved cult series and bastardize it until it suits mass appeal? What happens when you add just enough reference to the original series that fans are interested enough to check it out, so interested that some might even open their wallet to see what surprises are hiding behind a paywall? These are no longer questions that need answering: in releasing Dungeon Keeper for iOS, EA have done us all a favour, showing exactly how not to revive something so well-loved.

Dungeon Keeper 2 came with a teaser trailer for Dungeon Keeper 3, a game that was never released. For the last decade, fans have waited patiently for any sign that EA might look to revive the franchise. There was something about it that was so unique, even at a time where management sims and strategy games were ten a penny. The dark humour, the adult content, the wry remarks, the thought needed; Dungeon Keeper had personality, but it was a fantastic game as well.

If you love Dungeon Keeper and hope for it to return in the future, avoid this release at all costs

Strategy games are no longer all that common, especially not the sort of management sub-genre that Dungeon Keeper fell into. Instead they’ve been replaced by games that require your time more than your intelligence. The new Dungeon Keeper, released to iOS late last year, loses everything that made the original franchise special. There’s no longer combinations of rooms needed to summon an army. There’s no longer even really monsters, not that you can interact with in any meaningful way. Digging through walls takes time, building rooms takes time, all things you can speed along by quickly paying a few pennies.

On the surface, it seems very similar. The layout is largely the same, apart from updated visuals and smoother animation. You have a landscape of thick walls for your imps to knock through, and little rooms in the areas they create. For about ten seconds after the app had loaded (which takes a significant amount of time), Dungeon Keeper almost made me believe in it.

You even have to slap an imp to begin! Imagine! You start the game by sliding your finger over an imps face, and he grunts in pain, just like he used to. 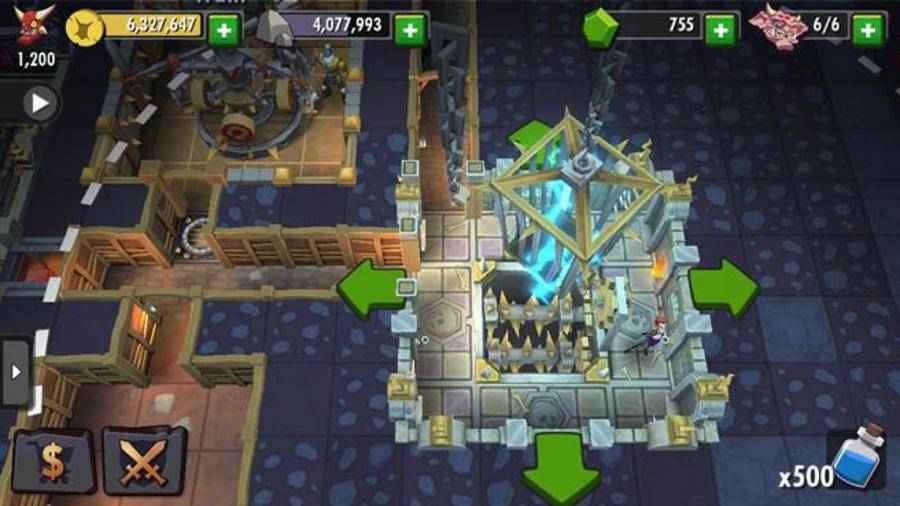 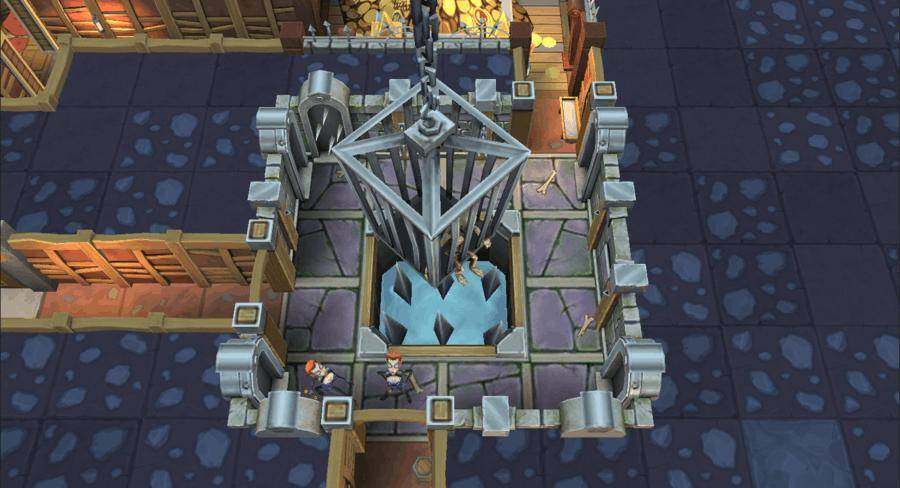 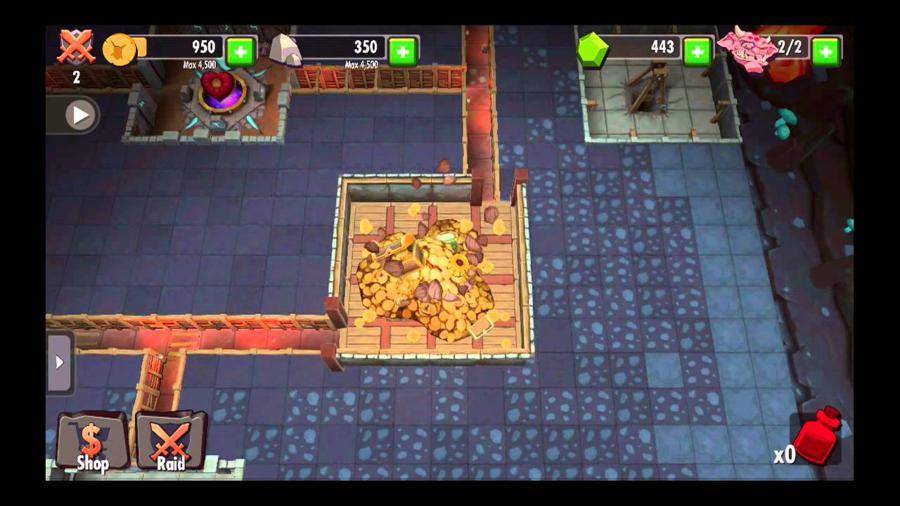 Only now, instead of a satisfying burst of speed, he receives a fifteen minute boost which counts down alongside the many other times that fill your dungeon. Everything takes time, everything costs gems. You won’t play for long, not after the tutorial ends, without being blocked from progressing. You’ll either need to pay or go and do something else.

So let’s say that you’ve decided to build a hatchery (which is locked to begin with, behind a ton of gems) and it’s taking all night. What else is there to do?

The fighting system in Dungeon Keeper is as depressing as the rest of the game. Instead of breaches, which used to keep you on your toes, you must actually choose to get into a fight. These can either be with other players or against the computer. Either way, don’t expect much in the way of strategy. You send out your minions who automatically move towards the enemy. They’ll bash one another until one of them is dead. This continues until either the dungeon heart is destroyed or all of the attacking team is dead.

In a casual MMORTS game, I can understand them simplifying things. This is almost entirely automatic though. Other than choosing where your minions spawn, you have very little to do with things. Magic can be cast, but it’s far-flung from what was available in the old games.

It is Pay Day

It’s not all bad – although it mostly is. The graphics, as mentioned above, are cartoonish but pleasant. I wouldn’t be averse to playing a proper Dungeon Keeper game with these visuals, even paying for it and playing on iOS if that’s something EA choose to do. It wouldn’t be my first choice, but it’s not so off-putting as to be a negative.

It’s nice to see the old minions are back and are redesigned for a modern era, although the way they’re summoned (just pressing a button in a menu, regardless of rooms) feels odd.

Your assistant is back as well, making fantastic comments and bringing the universe together. His phrases are more limited than before, and they’re triggered by your actions more (when you open a menu, for instance), but they’re still funny. Even with a different actor, it’s done right.

These small positives mainly just show off how bad the rest of the game is, and how good a classic Dungeon Keeper title could be. Nothing showcases this more than the microtransactions, which are actually joked about in the dialogue. Certain blocks will take hours, even days for your imps to mine through, and more imps cost gems. Almost everything you do will result in a decision to either pay or wait.

That’s not how free-to-play should work and it’s not how Dungeon Keeper should work. It’s not a shooter that they’ve added skins to, nor is it an RTS title that they’ve made to be played through Facebook. This is a strategy time management sim without the simulation, the strategy or the time management. That is a hell of an achievement, and it’s the only one that Dungeon Keeper even begins to approach.

The MMORTS genre has always been something of a black hole for quality. It’s where developers build time wasters for Facebook players, and a great many IP have been subject to an embarrassing revival as a result. Dungeon Keeper is no exception. It goes far deeper than that though, pushing the paid option and expecting too much from players that choose to keep their wallet shut tight.

If you love Dungeon Keeper and hope for it to return in the future, avoid this release at all costs.