I’ve been a huge fan of From Software’s Armored Core franchise since way back when the original was first released on the Playstation, and while I personally feel that the series quality has seen a gradual decline over the years, mostly due to a change in focus in the form of “fast paced action” as opposed to “slow and clunky” mech battles of old, it has always held a special place in my heart.

So naturally when Armored Core V was first announced, I was excited to get my hands on the latest instalment of my favourite customisable mech-based action game, but I was also a little weary.

If you're a fan of the franchise, I highly recommend checking it out

Armored Core V, in many ways, offers a much appreciated return to a lot that used to make the franchise so appealing. That’s not all, new additions sit nicely alongside classic elements, adding a fresh, new feel to something that’s decidedly Armored Core.The way you build and pilot your AC has been improved upon and makes the impact of individual design choices more meaningful. For one thing, you can no longer just hold the boost button whizzing about like a madman until you run out of energy, this time you are limited by the jumping capabilities of your legs and while you can still glide across a river, you’ll have to use a new vertical leapfrogging technique called “Boost Drive” which enables you bounce off the side of skyscrapers and other tall buildings whilst gaining altitude until you arrive at the top.The new addition of a “Scan Mode” also allows for a far more tactical approach to be taken on certain missions, allowing for a more paced, stealthy style of play. While not the best approach during head-to-head combat with another AC, switching to Scan Mode is useful as it allows your energy to recharges twice as fast. 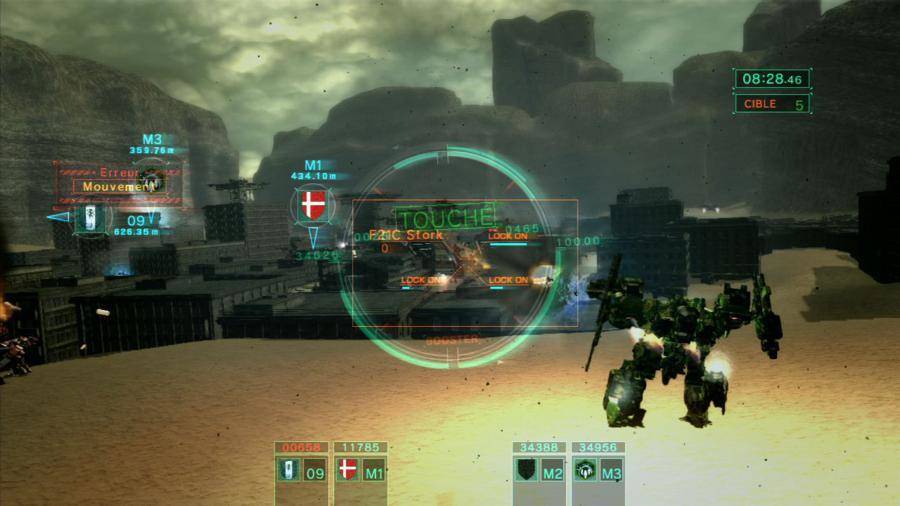 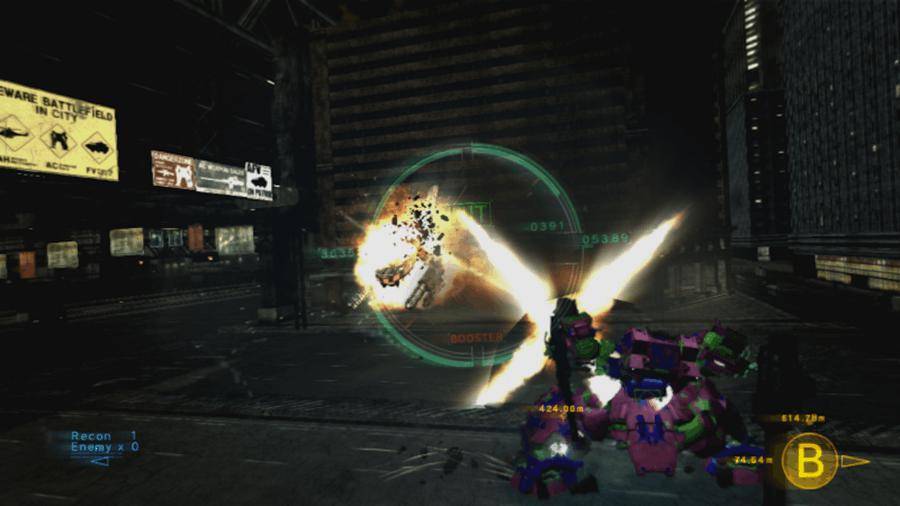 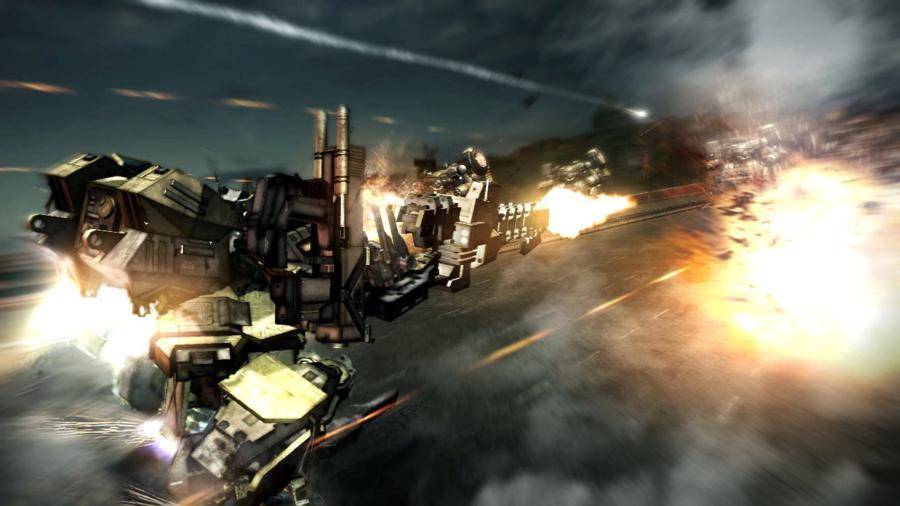 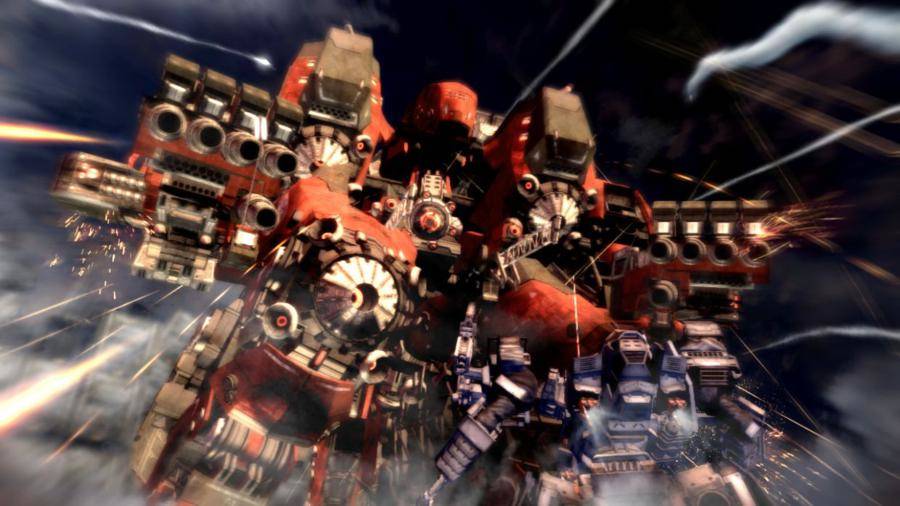 Armored Core V, in many ways, offers a much appreciated return to a lot that used to make the franchise so appealing

The story has never been the biggest focus of Armored Core, and that hasn’t changed. This time you play as member of a Resistance group, one that’s trying to take down a tyrannical corporation and its oppressive army of machines.The campaign is made up of only ten story missions means, so there really isn’t much room for an expansive plot anyway. But this is probably due to a bigger focus being made on the online portion of the game. The first time you start up Armored Core V, you’ll be asked to join an existing team or create your own.Once you’ve registered, you can trade AC parts with other team members and tackle story missions together. The extra help does come at a cost though, and that is half your pay packet. It’s incredibly fun walking on to a war torn battlefield and decimating the enemy or competition side by side with a buddy, but the 83 Order missions are where I feel I had the most fun. It’s here that you’ll get small snippets of classic Armored Core, albeit in only five minute segments.

The biggest appeal in any Armored Core game is the ability to customize your AC, and though there may not be quite as many parts as there have been in earlier games, there’s certainly a deeper level of customisation.A preferred type of legs can also be added to your AC (another Armored Core staple). The bendy knee type legs offer greater manoeuvrability and are perfect for dodging and weaving between buildings; the reverse jointed legs have a distinct advantage this time over tank legs; and caterpillar tracks allow for a greater max loadout, as well as offering superior accuracy when using heavy weapons on the move.

All in all,  Armored Core V is a pretty good game, though maybe not the step forward some were hoping for. It could certainly have been better, but what you do get is solid and enjoyable. If you’re a fan of the franchise, I highly recommend checking it out.