Heavy Fire Shattered Spear’s biggest mistake is that it looks and feels too much like a Call of Duty game. Sure, the graphics aren’t great, the voice acting is like something out of a bad YouTube video and the gameplay, nothing like Activision’s behemoth franchise, leaves a lot to be desired. All of that just makes Heavy Fire an average, generic title most people will overlook.

That it looks so much like Call of Duty – with its setpieces and “foreign looking” enemies – is its biggest mistake because it made people take notice. It meant Heavy Fire had built a degree of expectation it didn’t deserve and that it couldn’t have ever lived up to.

Heavy Fire Shattered Spear is completely on rails. You’re moved from place to place, you’re allowed to hide behind cover, but you have no control over where you’re heading, the angles that you peak out from or any of the other things we no take for granted in the FPS genre. For those that grew up with House of the Dead or Time Crisis, it feels just about right. Younger gamers may be disappointed, their preconceptions of what makes a shoot getting in the way of their enjoyment.

And there are things to enjoy. Heavy Fire is not, in and of itself, a terrible game. Flawed and very, very short, but not entirely without the occasional glimmer of excite.

Heavy Fire is not, in and of itself, a bad game. Flawed and very, very short, but not entirely bad

It feels like the sort of thing you might find in an arcade, extended slightly for consoles. It’s not very in-depth – kill people, move on, kill people, move on – but it’s not very involved either. You could play it in a few sessions and very much enjoy the time you spend with it. This is helped by rather short levels – each can be finished in only a handful of missions – and a constant shower of achievements.

Then you’ll have finished and there will be very little to return back to. You can level up your character and unlock new equipment as you do so. There’s also another difficulty mode, but even that won’t add on a huge amount of time. 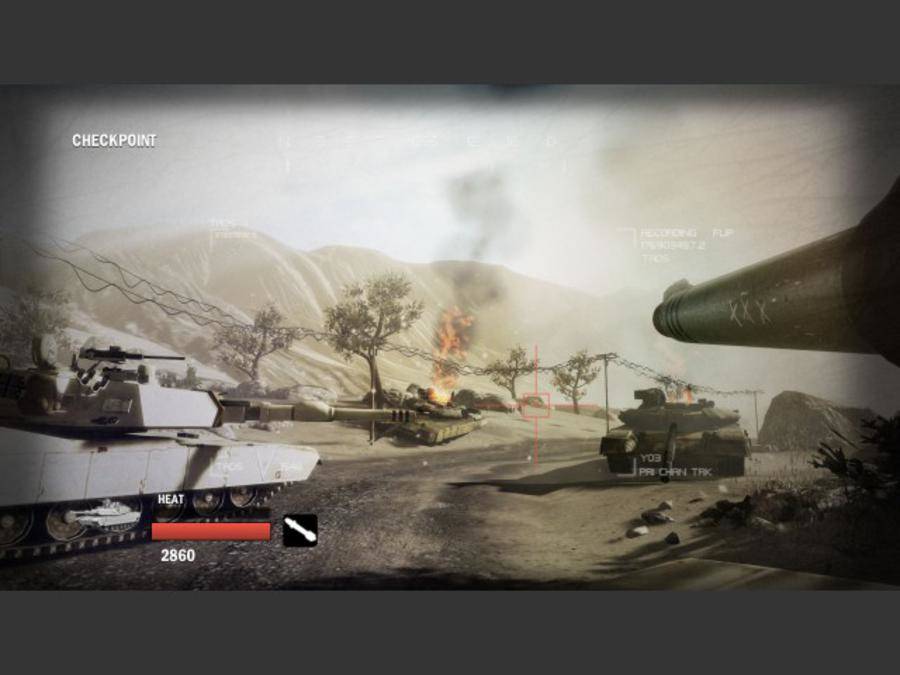 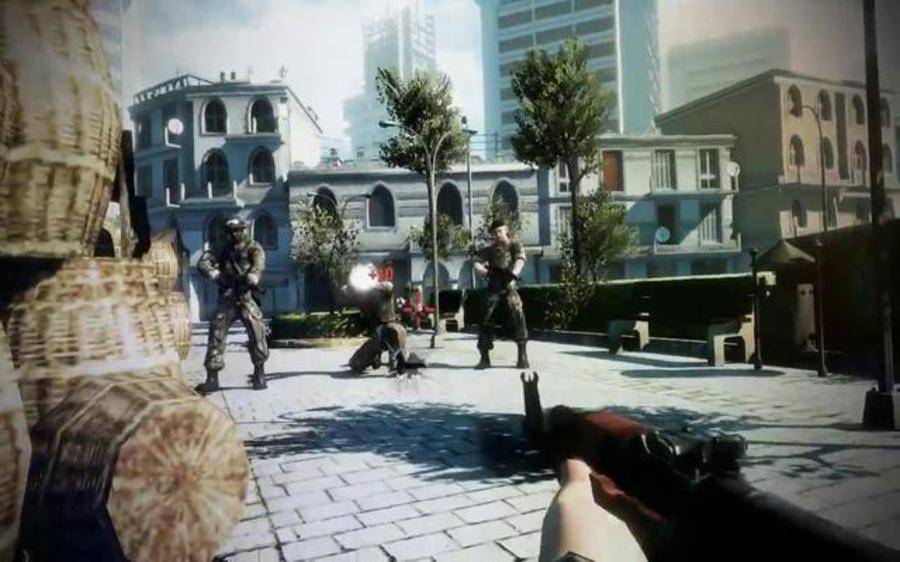 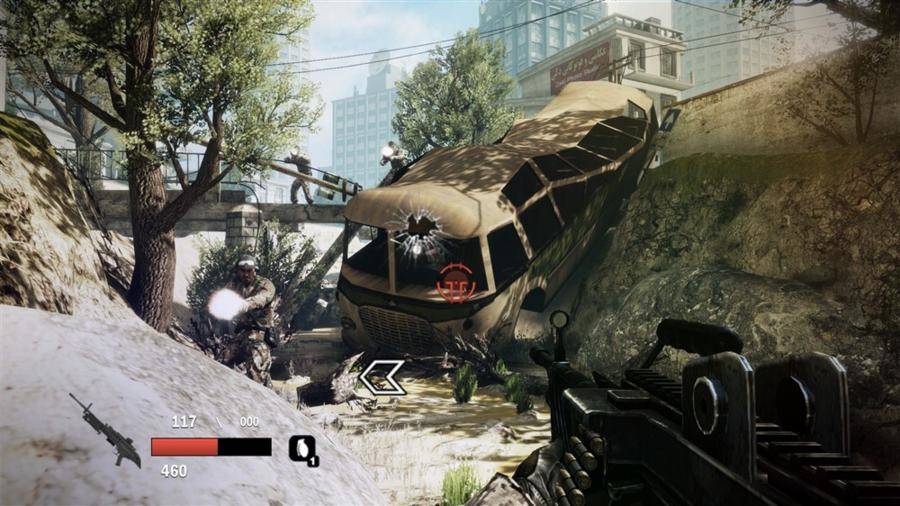 That will be enough to make you feel perhaps a little underwhelmed in your purchase. Heavy Fire is already a budget title – available at a little over a tenner if you shop around – but even that might be too much for a single sitting. At best, it’s a rental.

The Way You Move

And that’s if you can see through the many, many problems. Heavy Fire: Shattered Spear looks pretty terrible. Characters and locations look dull and uninspired, while animation – especially in the very occasional cut scenes – is like something out of a slide show.

Probably should have been a $5 digital title, and that's the price you should be waiting out for

Bad graphics in a budget title is nothing new, and I suppose neither is bad audio design. The voice work is hilariously out of place. The acting isn’t perhaps as bad as it might sound when you initially hear it, but it definitely doesn’t feel like they’ve picked the right cast or had them say the right things. You’ll end up skipping most the dialogue, or will be busy reloading/shooting when it happens in-game.

Heavy Fire was originally going to be a Kinect game, but they ditched that aspect of the title before launch. Now you must use the controller. It’s not ideal, but it works pretty well. The first stick moves the cross-hairs and the second stick allows you to duck into cover. It would be more fun with a light gun – that was the point of these games in the first place – but it’s better than playing House of the Dead with a controller used to be.

Because of the unusual voice acting and short levels, there’s not much in the way of a plot here, or at least one that you’ll care to follow. You’ll shoot through a few over ten levels of action and then trade it in no more than five hours later.

I cannot in any way recommend Heavy Fire: Shattered Spear. There’s so little value here, even at its current price, that nobody buying it would ever get their money’s worth from it.

But that doesn’t mean it’s as bad as it seems. There are things about it that are utter rubbish and it’s definitely a budget title through and through, but if you were forced into buying it at gunpoint, you might be surprised how much it grows on you. Probably should have been a $5 digital title, and that’s the price you should be waiting out for.