There’s a line of dialog in Metal Gear Solid where the character Otacon points out that the villainess Sniper Wolf likes dogs and he says that no one who likes dogs can be entirely evil.  Sure, that might be Stokholm Syndrome, but it’s also another way of saying that peoplelike dogs, and when someone loses their humanity they also lose the ability to appreciate the noble qualities inherent in dogs.  When Metal Gear Rising: Revengeance appeared, it teamed up the cyborg anti-hero Raiden with a robot dog.  “Blade Wolf” was there to help reassure players that Raiden hadn’t quite lost touch with his humanity. Unfortunately the doggie wasn’t playable, but the developer Platinum Games has demonstrated its own humanity by correcting that oversight with the new DLC pack Blade Wolf.

Last month Platinum Games and Konami put out another batch of DLC called Jetstream, in which players got to control one of the cyborg samurai that Raiden fought in the main game.  Jetstream was short, repetitive and had players use a character who wasn’t particularly different from the playable character in the main game.  Some of those problems are still present in Blade Wolf, but this new DLC also fixes a lot of the troubles in Jetstream. 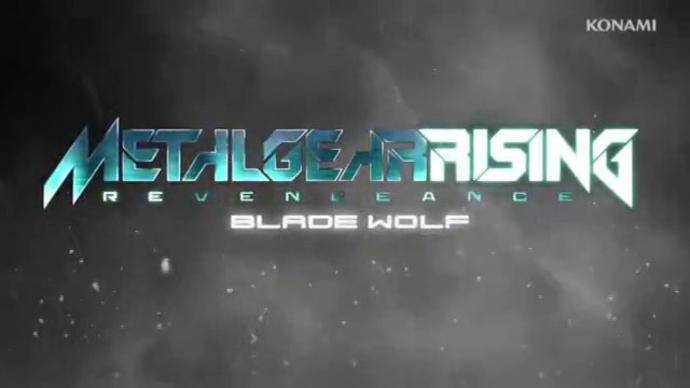 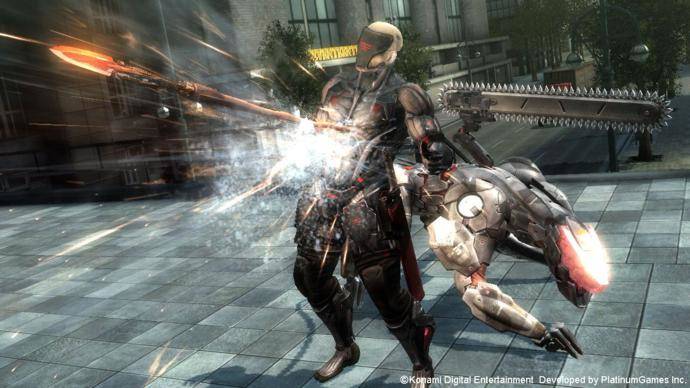 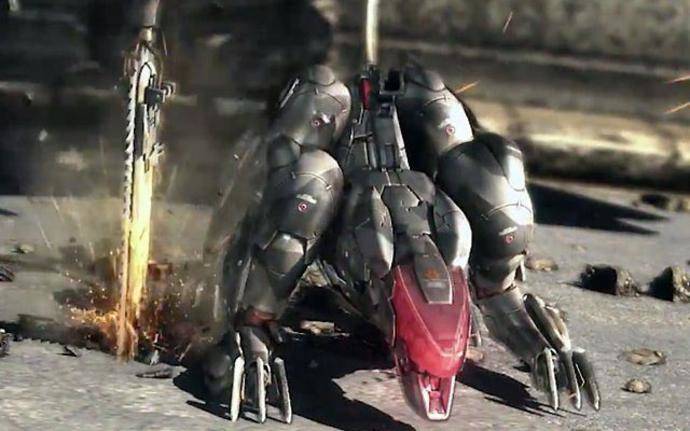 For starters, Blade Wolf is about a dog.

A Robot Dog!Blade Wolf controls in many ways like Raiden or Jetstream Sam. He has a Blade Mode, Zen Datsu attacks, and recharges his health by extracting modules from the bad guys (Making him a robot dog vampire).  He has light and hard attacks as did his humanoid predecessors, however Blade Wolf also has a bunch of special moves which replicate the attacks that he used as an enemy when fighting Raiden.  He swipes with his claws, and slashes with his tail chainsaw, but also launches himself like a spinning missile, and whirls like a circular saw blade for his jump attack.  It feels similar to the way the other characters play, but the distinction between Blade Wolf and Raiden is much stronger than with Jetstream Sam.

A couple of problems with Jetstream Sam were that he couldn’t use secondary weapons or make stealth attacks, but that’s not the case with Blade Wolf.  Our doggie can sneak up on the bad guys for “Hunt Attacks” that work just like Raiden’s stealth kills.  While Raiden’s missions offered stealth as an option, Blade Wolf is usually in situations that require stealth for at least part of each encounter.

Wolfie can also throw flaming daggers just like he did in Raiden’s campaign.  These daggers are a limited use secondary weapon that he can use along with grenades and other gadgets.

His animations are appropriately animalistic.  While that’s just an aesthetic issue, it does help Blade Wolf come across as a distinct character.  He’s especially wolf-like when walking at a slow speed, carefully creeping up behind an enemy (Before taking the unwolf-like action of ramming a chainsaw through someone’s back).

As a character, Blade Wolf is arguably the most interesting one in the game.  A sentient AI that knows he’s a slave.  The abstract concepts of freedom and intelligence made up much of his dialog in Raiden’s story, and these concepts are addressed again in the Blade Wolf’s DLC.  This mission is a prequel story where players learn what he was up to right before he meets Raiden for the first time.  Other villains from the game appear, with a focus on Mistral and her creepy hand-bot minions.

Unfortunately, players won’t get to spend too much time with Wolfie.  As with the Jetstream DLC, Blade Wolf is very short.  Again, there is an achievement for beating the whole thing in less than an hour.

Blade Wolf has some optional activities to increase the playing time; there are data files to hunt down, VR missions to play through, and several difficulty levels.  The story is interesting enough to warrant a second play, and there are some achievements that will take most players two runs to accomplish.

Metal Gear Rising: Revengeance has been about Quality Versus Quantity since it launched.  The Jetstream DLC was far too brief and lackluster to justify its purchase price.  On the other hand, Blade Wolf is just as short but it is a distinctly different experience at a slightly lower price.

Players who have been hungering for more Revengeance but decided to stay away from Jetstream should consider Blade Wolf the DLC pack that they’ve been waiting for.  It isn’t as frustratingly difficult as Jetstream, and it gives the game a much stronger emphasis on stealth.