When Metal Gear Rising: Revengeance came out a few months ago it sparked a debate over quality versus quantity. It is a game that can be beaten in about seven hours, although players have plenty of incentive to replay the short experience over and over again. The first chunk of DLC for the 360 version of the game will ignite that debate all over again. Jetstream is short; one of the achievements is for beating it in under an hour.  Unfortunately, few players are going to leap to defend it based on quality.

This DLC pack lets players control Jetstream Sam, one of the villains from the main game. It’s a prequel story that shows how Sam came to be one of the bad guys. Alas, there isn’t much soul-searching going on here; Sam starts out looking to bring down a nefarious organization, then has an abrupt change of heart after the final boss battle. Along the way he has a handful of brief conversations with some of the characters that players met when controlling Raiden months ago. 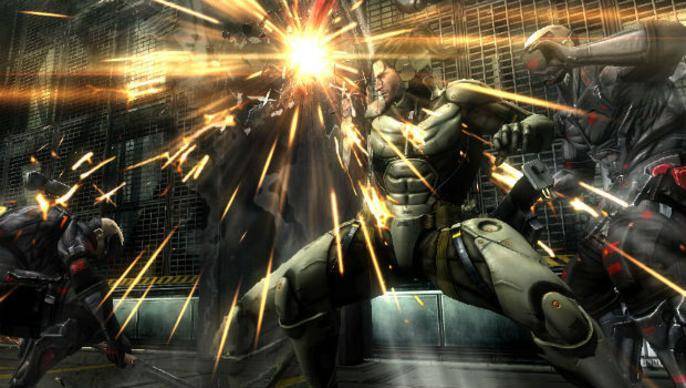 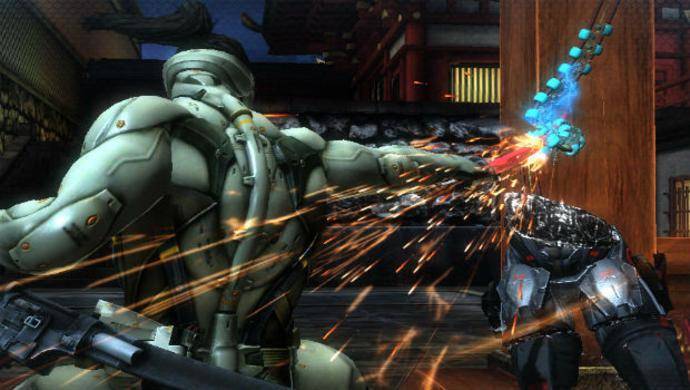 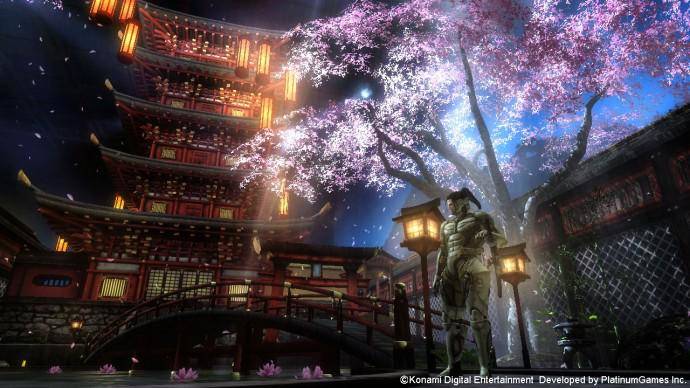 A lackluster story would be forgivable if the gameplay was exceptional, but Jetstream comes across as a series of recycled bonus missions, rather than a proper campaign. Sam rushes through the old sewer level of the main game before fighting one of the old bosses, then he repeats this process through a handful of locations and enemies that players already explored and fought while playing as Raiden.

The good news is that the difficulty level is very high, and Jetstream will give advanced players a new challenge to face even after beating Revengeance on the higher difficulties. Sam is put up against very deadly enemies right from the beginning. He doesn’t have access to the sort of special moves and extra weapons that Raiden acquires over the campaign, so he feels less powerful than the endgame version of Raiden that players are likely to be accustomed to.

He has a few new abilities to help him, including a double jump, a wall attack, and a charge-up quick draw, but he still plays a lot like Raiden. He uses the same Blade Mode power, the Zendatsu finishing moves, and the same parry system too. Like Raiden he is also a vampyre/ cyborg (“Vampyborg”) who sucks the cybernetic fluids out of his fallen enemies to heal his wounds. Sam is different enough that players will sense the difference, but he isn’t distinct enough to play like a new character.

It takes a little while to get the hang of Sam’s abilities, but the experience is over too quickly and there’s little justification to replay it (aside from gaining Battle Points that players can spend on upgrades for Raiden in the main campaign).

A major difference is a lack of stealth attacks. Raiden was rarely required to use stealth tactics in his missions, but the option was always there for players who wanted to try to pick off enemies one by one like a real ninja.  Sam has no special stealth options at all. This means that players will charge around in full combat mode, or find themselves disappointed by failed attempts to quickly take down unwary enemies.

Sam’s adventure has hidden VR missions, collectibles, and optional encounters that can be discovered by devoted fans who do give it multiple playthroughs. Sadly, the VR missions can only be played when Sam finds them along his journey, and they can’t be accessed from the main menu. There are no unlockable features or extra weapons to use in Raiden’s campaign either.

Jetstream is only for the hardest of hardcore fans. Fortunately for everyone else, the developers have already announced a second set of DLC that will let players control Bladewolf the cyborg dog. And who doesn’t like cyborg dogs?