PopCap did a lot of things right when they developed Plants vs Zombies for every platform imaginable – Mac, PC, Xbox, Playstation, DS, iOS, and Android – and the success of that game has led to multiple sequels.  Plants vs Zombies 2’s free to play model scared some since it was a departure from the original set-price model, however, PopCap again delivered a solid product, and one that did not require any additional purchases. In this third iteration of the game, PvZ has been changed again, moving away – although not entirely – from traditional tower defense and pursuing a game based more on always popular shooter genre.

Garden Warfare provides a fair amount of content for a game which is half the price of regular retail launches.  There is a Team Vanquish mode (12 vs 12) which allows you to run around as a plant or a zombie, mimicking the same scoring mechanics you’ll find in other shooters.  In this case, the first team to 50 kills wins.  Reviving a fallen teammate not only encourages players to work together, but also deducts a point from the other team.

Garden Ops pits you and your garden against waves and waves of zombies which increase in difficulty as time passes.  Not only will you use the new third person shooting mechanic, but players can also place different plants from the original Plants vs Zombies into flower pots strategically placed around the world.  These often act as your first line of defense.  You can team up with three other payers on Live to take on the zombie hordes, or create your own game and tackle them yourself.

Finally, there is a mode called Gardens and Graveyards.  In this mode the player decides whether they want to be plants, and defend seven different areas in succession, or they can be zombies and try to capture the gardens in each of the seven areas.  This mode provides the best chance at receiving the maximum number of coins when completed, but also takes the longest as each of the seven areas takes up to five minutes.

Yes, coins.  There is another new twist to the Plants vs Zombies franchise.  In previous games, coins were used to purchase new plants and power ups from Crazy Dave.  In Garden Warfare, Coins are used to purchase packs of cards.  Each pack contains cards that need to be collected to complete new variations of the basic plants and zombies, or they contain consumable cards that allow you to instantly revive yourself, shoot faster for a period of time, or a wide variety of other things.  There is no plans to implement micro transactions in this game; fortunately for gamers, getting the in game currency is incredibly easy, and it never feels like a grind.  The most expensive pack costs 40,000, and this amount can be earned in an hour or two, depending on which mode you play and how good you are.  I can do it in an hour and a half, at a rate of 650 coins per minute of gameplay (Yes! This stat is tracked after each game.)  And I’m terrible at this game.

Call of Duty for Everyone!

There are distinct differences between classic shooters such as Call of Duty and Garden Warfare, most notably the first person vs third person perspective.  What Garden Warfare does, however, is bring the shooter genre to a wider audience.  Parents who understand that children shouldn’t be playing Call of Duty and Battlefield might be drawn towards a game such as Garden Warfare.  Why?  It’s harmless. 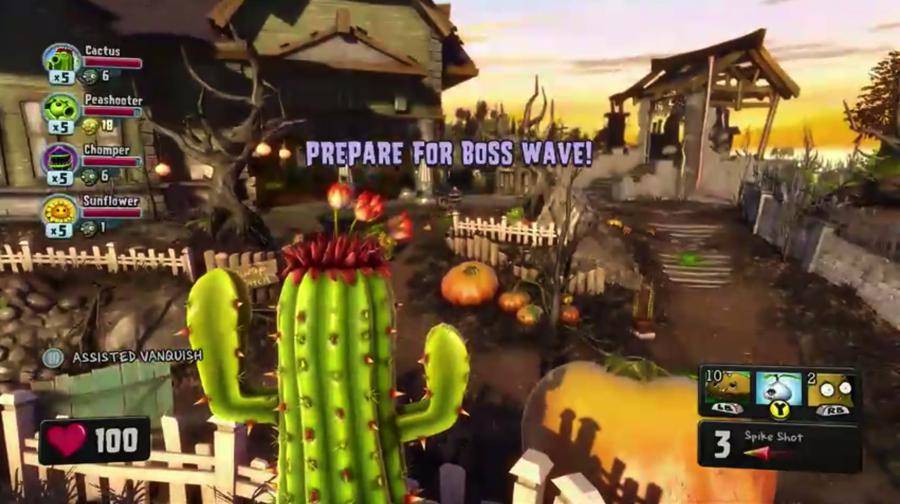 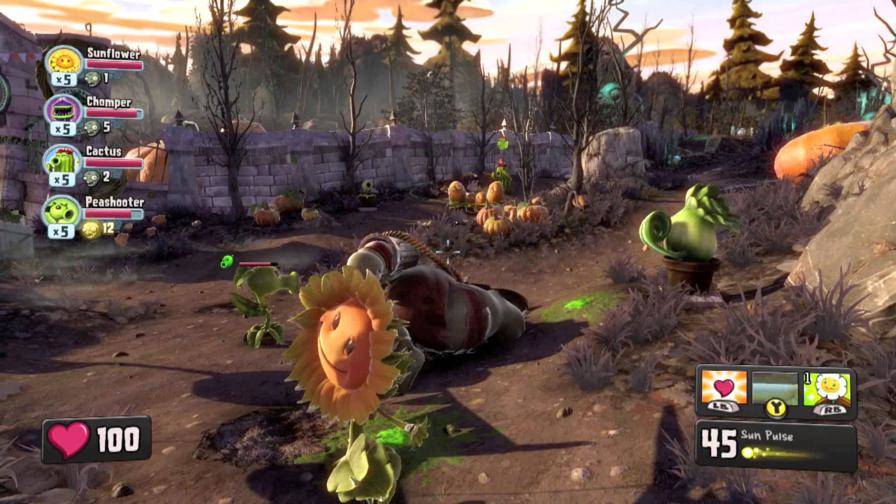 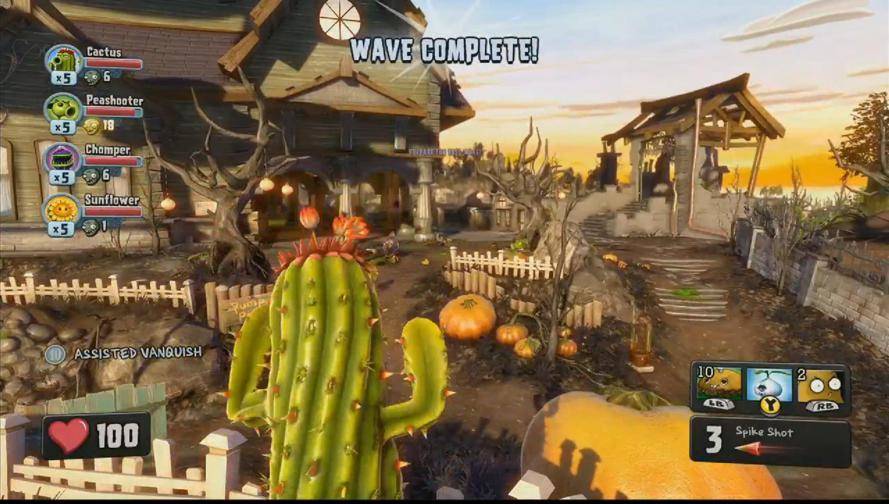 Garden Warfare is a shooter, regardless of the differences between itself and the most popular FPS franchises.  And shooters have a built in audience, and almost always do well.  You could argue that it is ‘cool’ to play shooters.  This is not a knock on other gaming genres such as sports, RPGs, or platformers.  The reality is Halo, Call of Duty, and Battlefield are system sellers and chart toppers.  Another reality: they are for mature gamers.

Although probably not a problem now, it concerns me to see where this game is in six months. Will the online community still be strong?

Parents can be assured that purchasing this zombie shooter will provide a somewhat safe environment for their children to game in.  Microsoft themselves have deemed this game playable for anyone 10 and up.  I say somewhat safe because as an online-only game, parents should take a number of safety measures to limit interactions between strangers and their children, a feature that is built into Xbox 360 via parental controls.

Why is this game safe?  It’s simple really: it is a game about plants fighting cute, cartooned zombies.  Plants with pea shooters and sunlight beams, zombies with guns that shoot footballs or ride jackhammers.  Although there are guns –  there is a class of zombies that carry automatic weapons and sniper rifles – they are not designed to look real, and what actually comes out of the barrel is really unknown.  It should also be noted that there is no blood or gore in this game.

Fun Despite the Problems

Garden Warfare is not a perfect.  The first problem stems from its online only policy.  I’ve always been an Xbox Live Gold subscriber, but for those that are not, it might be a huge shock when you bring the game home and realize it requires an Gold subscription.  And you wouldn’t know it in the store unless you looked at the tiny message on the back of the box.

Although probably not a problem now, it concerns me to see where things go in six months.  Will the online community still be strong?  Will you be able to hop into games within seconds like you can now?  Overtime, it is inevitable that players will slowly drop off, and it may be more difficult to play.  Remember MAG anyone?  This could be easily rectified with an offline patch down the road, but whether or not the Xbox 360 version will get that is questionable seeing as other features, such as the ability to play split screen / local co-op, is magically non-existent.  It’s disheartening to find out that the feature is only available on the Xbox One version of the game.

Zombies also has its fair share of graphical issues.  Often my plant or zombie would disappear for a few seconds in the middle of a match or I would start walking through set terrain pieces like rocks, buildings, and yes, into the ground.  Although they did not appear to be a constant match-to-match problem, they often resulted in my plant or zombie dying.  There is a fair amount of texture pop-in as well; it appears as if the levels generate as you walk around them for the first time.  While it does not affect the game, it can be distracting.  I also experienced some noticeable, albeit infrequent, lag unrelated to my internet connection.

I love this game.  I’m not a fan of shooters, mostly because I’m terrible at them.  Somehow, this game is different. I’m still equally as bad, but I find myself going back again and again because the game play is so much fun and incredibly rewarding.  I’m also a collector: I want all the cards the game has to offer, and the only way to get them is to play more.  If you love what PopCap has developed in the past, or if you love shooters, this is a game you will want to purchase.  If you are expecting the old Plants vs Zombies game play, be prepared for something drastically different.  This game is not like the original or the sequel, but it also never promises to be.