There has been a distinct lack of business sims these past few years. While Theme Park and its ilk bring back happy memories for those old enough to remember them, something about the genre has led to it disappearing almost completely, and when it does show up it’s usually watered down on mobile devices. Arcadecraft hopes to change that by lettings fans control their very own arcade at the height of their popularity in the eighties. Pick which games you want to be available, how much to charge, how difficult they are and a whole host of other options, all from the comfort of your Xbox 360.

Arcadecraft is getting a lot of press and is often likened to the Theme Park games. I just want to say straight off the bat that that’s a perfectly valid comparison, but anybody expecting a direct clone is going to be disappointed. It’s certainly similar in that you have a business that you need to run, employees to hire and guests to please, but really it’s on a much smaller scale than in the Theme games, both literally and figuratively. The area that you have to build within is much, much smaller than the locations in the Theme games and you have less control over general layout, but you’ll also have less control over things like research and development. 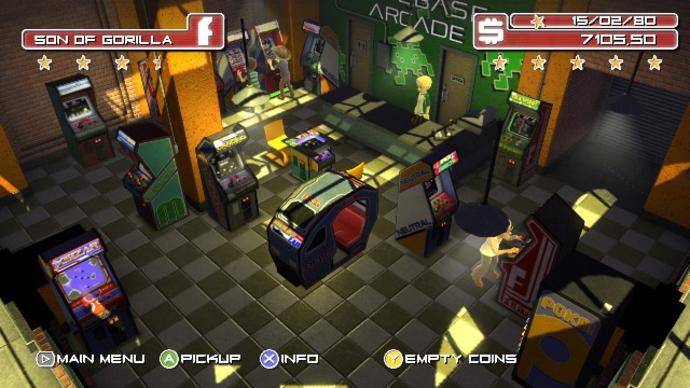 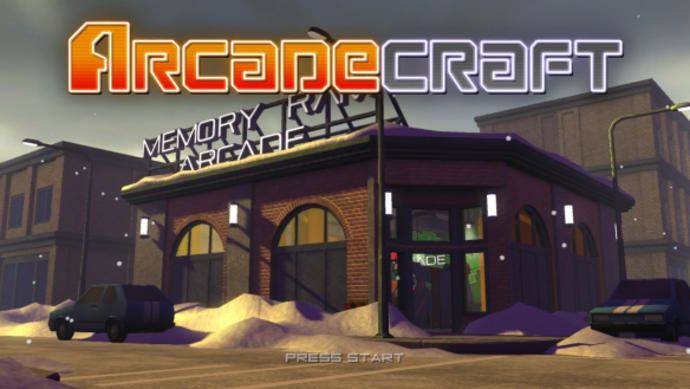 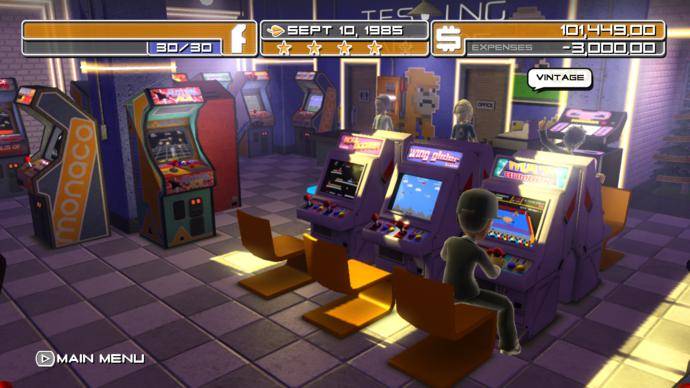 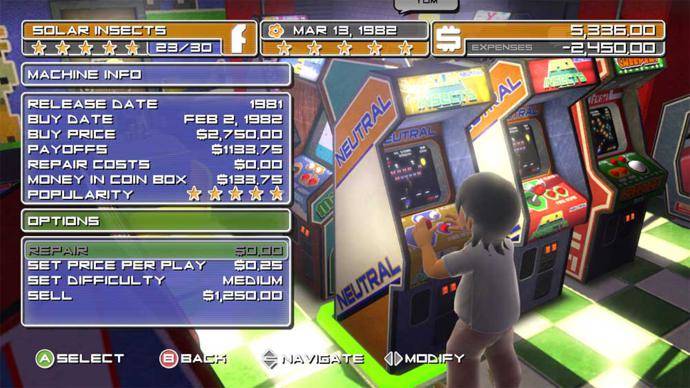 Which, of course, fits perfectly with being an owner of an arcade. You choose which games to have in your store, you choose where to put them, how much to charge per play and how difficult you want them to be, but that’s your involvement in the games over and done with. You can’t play them and, to be frank, you probably won’t even want to change the settings because charging more will make the popularity of the game fall. You’re reserved to simply emptying the coins slots every so often. In that regard, it feels a bit like a more core-focussed version of casual hit Diner Dash. Your decisions basically revolve around picking the right game and selling the machine at the right time.

In fact, there’s even less choice than that, as a new game is released only once a month and an emphasis on popularity means that you have to buy the latest and greatest to keep the punters happy. Popularity, signified by a set of stars at the top of the screen and detailed further in the menus, pretty much tells you how well your arcade is doing. New, well priced games across a variety of genres will guarantee more than a passing interest, but you’ll need to decorate your arcade, let pro players smash the top scores and organise your games appropriately if you want to constantly hit five stars.

Having a successful arcade isn’t necessarily difficult, and it’d take only a single playthrough to really get into the rhythm of the game. Despite the fact that it’s surprisingly deep, I do get the feeling that there’s a right way to play Arcadecraft and a wrong way. Distractions, like chucking out people who attack the machines or restarting games after a power cut, seem to be there to make sure you’re still on your toes, as opposed to being valuable parts of the gameplay.

The developers have done a great job of accurately capturing the feel of the arcade in the eighties, and have even managed to follow trends and developments as well. The cheese-rock over the jukebox and the slang in the speech bubbles will probably be as nostalgia-inducing as the games themselves. With updates promised and free content on the horizon, they hope to build further on this; adding new features, new games and new objectives. That means that the game ends rather abruptly and, with no exact release date for the additional content, that’s more than a little frustrating. Still, for the price of Arcadecraft you’re guaranteed a ton of return play and if the updates happen, all the better.

The graphics are more than passable considering its place on the Xbox Live Indie Games market. It’s difficult to be picky when discussing a game from a store predominantly occupied by massager “games.” It more than stands on its own though. The arcade seems so familiar you can almost smell the layer of sugary syrup covering the floor. It would have been nice if games had consisted of more than just a static image, but each game is a reference to a real title and it’s nice to try to spot your favourites.

The game’s visuals are perfectly fine for the most part, although the reliance on your Xbox Live friends as patrons is a little annoying. This would be fine, if there were random characters as well, but even with quite a few friends the avatar selection in my arcade was pretty low and very repetitive.

There’s not an awful lot in the way of audio in Arcadecraft, but what there is has been done pretty well. The cheesy music over the jukebox hits all the right spots, while the sound of machines being crashed and bashed will likely cause flashbacks.

Arcadecraft is a nostalgic look at a simpler age of gaming and will be a fun way of distracting yourself for an hour or five. The price is very agreeable and the effort the developers have put in (and the plans they have for future content) deserves to be rewarded. There’s a depth there, but it’s let down by a general lack of choice. Parts of the game aren’t really explained very well either, leaving your to guess the effect of the changes you can make.

People buying to make up for a lack of Theme-style games might be better hitting up Good Old Games, but if you want a great time at an affordable price, don’t hesitate.