Only Shigeru Miyamoto could have come up with Pikmin, an often difficult real-time strategy game starring cute, altruistic plant creatures that are willing to do anything for strangers, no questions asked. The first two titles were big hits for the Gamecube, and for eight years fans have been waiting for Pikmin 3. Well, the wait is over and, at the very least, longtime fans and newcomers have another excuse to boot-up their Wii U.

A Lesson in Time Management

At its core, Pikmin 3 is a fun and challenging puzzler. Taking control of three space explorers and a whole bunch of Pikmin on a strange planet, players are tasked with dishing out orders to solve puzzles, gathering fruit so the astronauts don’t starve while they try to find their spaceship’s drive core, beating up oversized amphibians, insects and other creatures, and spawning more Pikmin. All of these chores must be completed during daylight hours, though, so managing the different species of Pikmin, and swapping between the three explorers in order to multitask is essential. 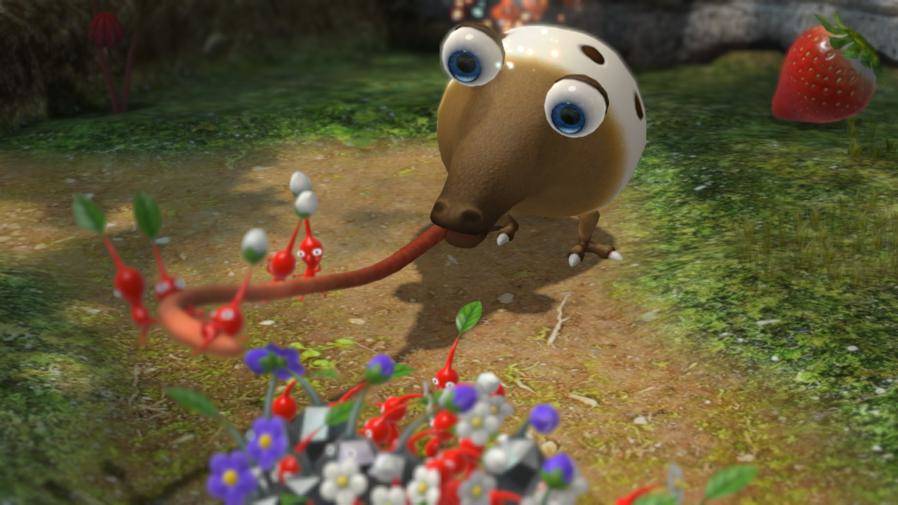 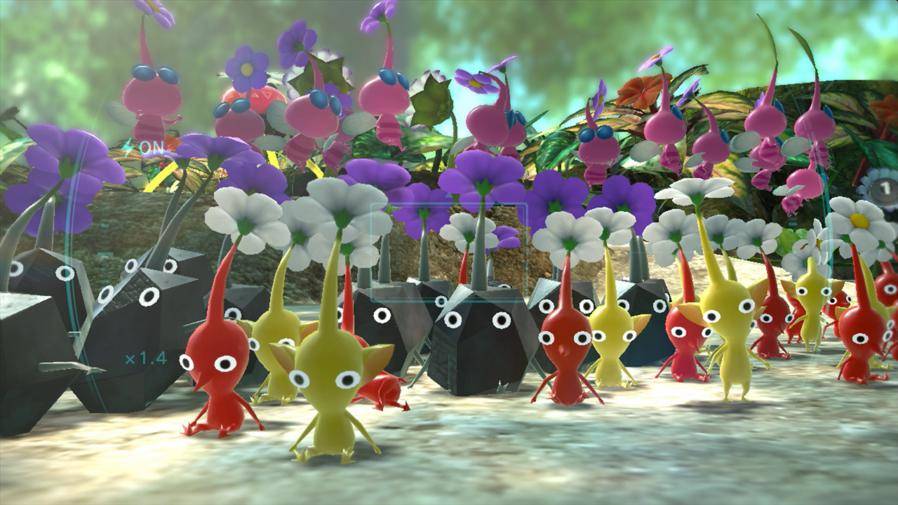 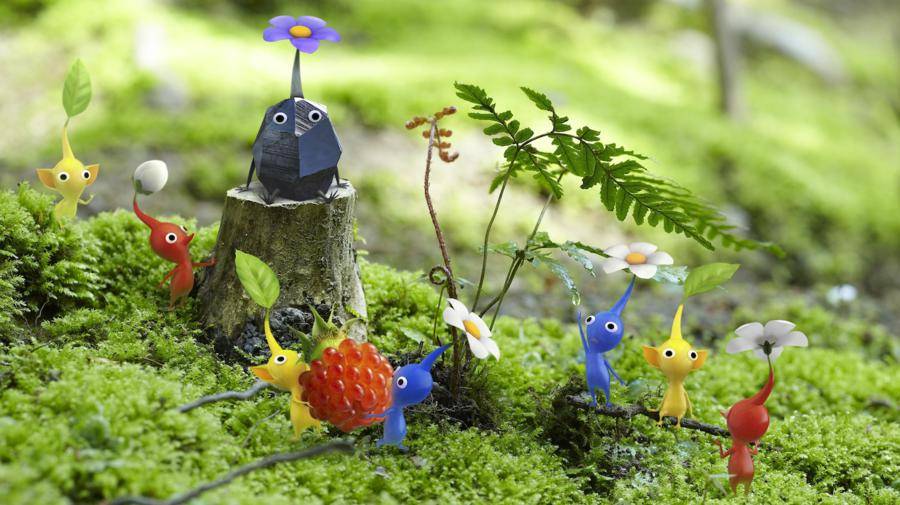 Each day lasts around 13 real-time minutes, so doing whatever needs to be done must be finished quickly. Early on, it’s completely manageable, but once the bosses become tougher, and the daily tasks more complex, expect to do some backtracking by replaying previous days or revisiting areas in order to cover any losses in Pikmin. This is really important when it comes to fruit, which is used to make juice that the explorers drink when they head back to the ship for the evening. Basically, the more fruit that’s gathered, the longer the expedition can last (up to 99 days).

The gameplay is actually rather simple, and is similar to the first two games. Pikmin are moved around by tossing them at different objects on the field, like monsters, items used to build bridges, sand walls that need to be torn down or discs that are taken back to The Onion (the Pikmin’s lair) and used to form new Pikmin. To get the little guys to come back, a whistle is blown while they’re highlighted by the cursor, and they come running back to whichever explorer is controlling them.

Everything looks like it came straight out of a PIxar movie

While getting used to how everything works is fairly seamless, the controls can be cumbersome depending on the setup. If just using the GamePad, accessing the map on the second-screen to form a plan of attack is a breeze, but having to use the analog sticks to move, aim and turn the camera can be a hassle. The Wii Remote, however, works smoothly, but having to still use the GamePad in order to view the map is uncomfortable and awkward. The Pro Controller might be the best route, since it gives Pikmin 3 a feel akin to the originals, but there’s still that pesky cursor problem, and now the UI clutters up the screen.

Of course, how well the controls work varies with skill level and personal taste, but each one comes with their own set of problems, which in turn makes the game less appealing. This doesn’t cause the game to become unplayable, but it’s enough of a burden to make the learning curve steeper than it needs to be. The silver lining is that Nintendo created this variety of control options, including Off-TV play.

Where Pikmin 3 works best is, well, with the Pikmin themselves. Corralling them together, sorting them out between the explorers, sending them out on different tasks and watching them at work is not only entertaining, but is structured nicely since each kind has a different ability: Red are great at fighting, Rock can shatter crystal structures, Yellow are immune to electricity, Blue can swim and Winged can fly.

The controls can be cumbersome depending on setup

The design is nothing new for the series, but there are some changes here that make it more enticing. For one, Pikmin can now latch onto different parts of an enemy in order to hit a specific weak point, and any damage given to a boss carries over to the next day, which is a godsend if unable to take one down in time. The Pikmin also line up behind the explorers in a more organized manner, and they don’t lollygag or get stuck nearly as much as they used to.

Another welcome change is the improved visuals, as everything looking like it came straight out of a Pixar movie. The flora, creatures, water and all the other surroundings look stunning in HD, which should be expected given Nintendo’s knack for eye-catching, snappy graphics that give many of their games lasting appeal.

Pikmin 3 is a humorous, challenging and addictive experience. There’s something very satisfying about completing a day perfectly after formulating the perfect strategy, and the clever design makes this possible. The muddled control schemes hold it back, though, and many may lack the patience to get used to them, but if one is able to jump that hurdle they’re in for a treat.