In the age of DLC, Crowdfunding, and Shovelware there are an abundance of broken promises to gamers that are never fulfilled by developers. That promise is that if you spend a relatively low amount of money for a game or content then you are entitled to at least something that justifies your purchase, right? Well, that’s exactly the promise that The Letter for Wii U breaks. It’s a mess of a game that is barely a game at all and can be beaten in roughly 5 minutes. Sure it’s only $1.99, but is it worth it? No, it’s not worth it.

The Letter from Treefall Studios is of the first person horror genre and relies on creepy atmosphere and music to draw in players. The Letter is actually one of the only games in the survival horror genre available on the Wii U at this point besides Capcom’s Resident Evil Revelations. This starvation for horror content among Wii U owners makes The Letter seem palpable at first; however, it is far from a satiating experience. You play as a boy named Michael Kennedy who receives a letter from his father, Taylor Kennedy, stating that he will be gone by the time Michael reads the letter. Michael immediately leaves his house to begin the search for his father. The premise is gripping and the use of the disappearance motif makes the player feel a sense of urgency through Michael’s loss. So, you search for your father where he was last seen: at his abandoned place of work and a few other random locations. The only issue with this is that I never missed Taylor Kennedy in the first place, so why do I care if he’s missing?

The only sentiment shared between Michael and his father in the game is when Taylor tells Michael in his letter to not trust anyone, which isn’t really saying much, especially since there are no other NPC’s or characters in the game. There are only 5 levels in The Letter and they are stitched together by several text screens to make sense of where Michael is. That’s a huge issue with the game because it tells the player what they need and why everything is happening. There is no exploration through gameplay. You read text, stumble around a level, read text on the wall that says you need to find a key, find it, the level ends, and then you read more text.

Where Is The Gameplay?

My biggest gripe with The Letter is that there is no gameplay. There are no enemies that hunt you like in Slender. There are no hidden passages, no collectibles, and no menu screen. Yes, that’s right, there is no menu screen. You find a few items in the game that are useless and their only purpose is to find them so that you can get to the next “chapter”. The controls are clunky, but not broken, and it’s possibly the only saving grace of The Letter. You control Michael with the left stick, A picks up objects, B jumps, Y turns off the flash light, and that’s about it. The stick control is inverted on the y axis, so up is down and down is up, and like I mentioned before, it’s not the worst I’ve encountered, but why include a jump feature if you only need to use it one time? Why include an on/off switch for the flashlight if you never need to turn it off? It’s also important to note that the game pad is black throughout your entire 5-10 minute adventure and the only time it really displays anything is during the title screen. 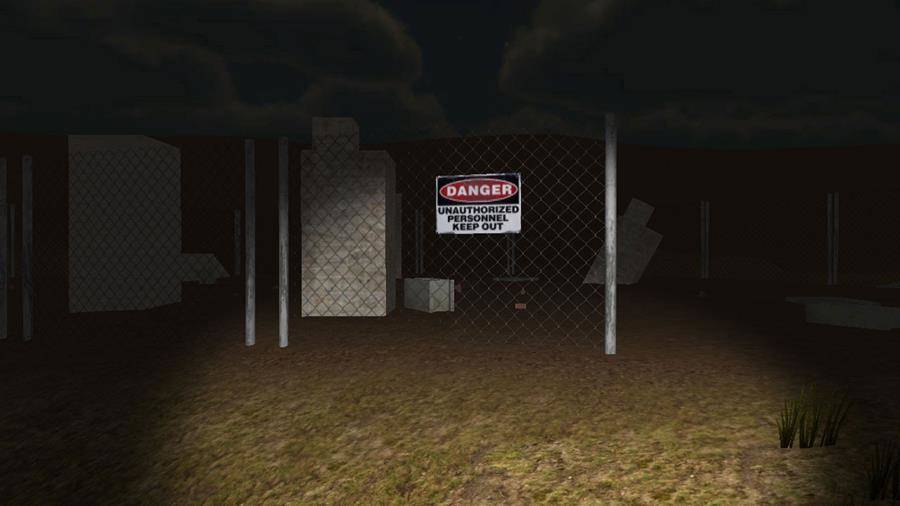 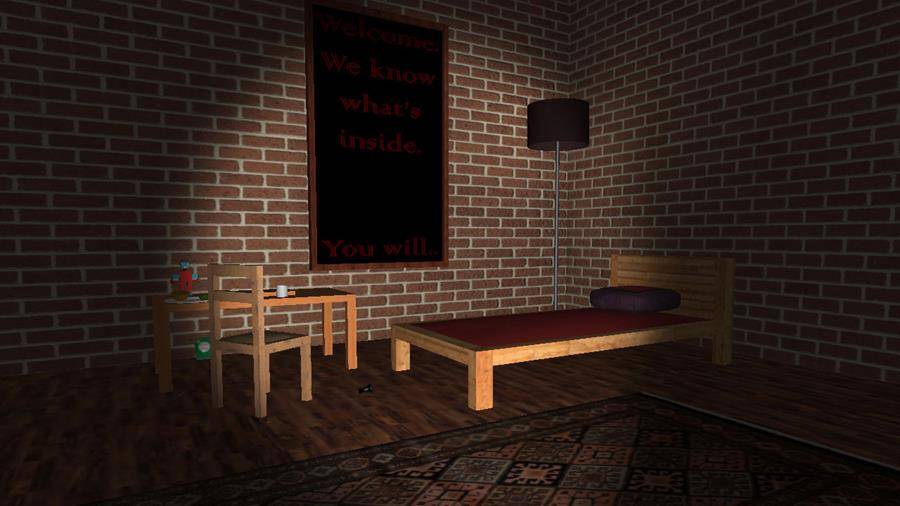 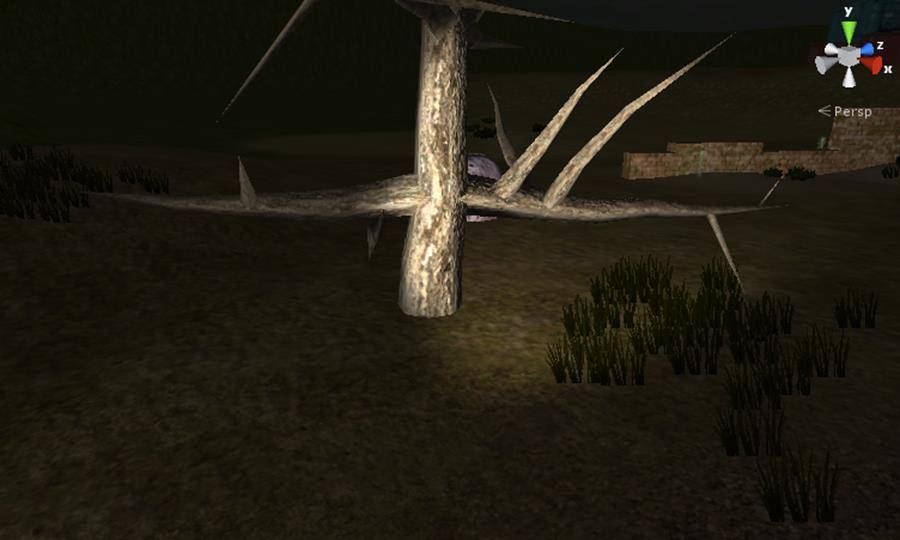 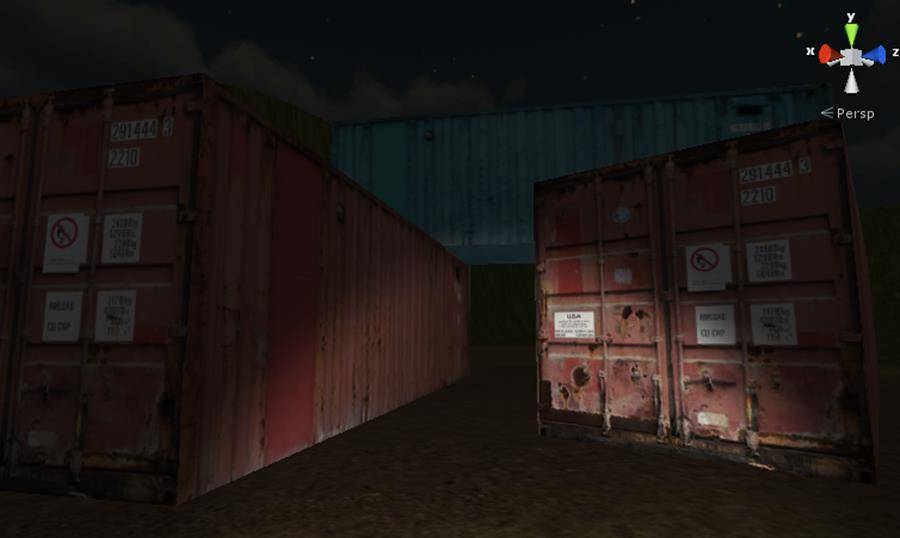 The Letter produces a lot of questions and never gives you any answers, the player just does what the game wants them to do and the experience makes you feel like you’re in a cage performing rudimentary tricks. The good thing is that you can simply get out of it by hitting the Home button and then booting up Bombing Bastards or Stick it to The Man. This game should be free. Charging $1.99 is way too much for bad textures, no gameplay, and … load times?!

The Letter brings nothing new to the first person horror genre

I was thrilled when Nintendo explained that they are opening up their forum for indie developers. I believe that Indie games are the future of gaming. With Nintnendo’s quality seal of approval and the bright minds that make up young development teams, what could go wrong? The Letter is an example of the worst possible scenario and I’m not so sure if it should be such an open forum any more. I really don’t understand how this game is charging people for the amount of content it provides and how it was released among the quality of indie games that have been hitting the eShop recently. I’ve played games this year that were cheaper than The Letter and deserved more money than I paid for them, like SkyPeace on the 3DS for .99 cents, or Gunman Clive for $1.99.

Is That All There Is?

The Letter brings nothing new to the first person horror genre and the promise of additional free content from the developer is not enough to keep me interested at all. I can understand if this game was released 10 years ago, or if it was released as a game that the community could get involved with to make it something so much more. But The Letter is none of these. It’s a simple cash-in that failed in its Crowdfunding campaign on Indiegogo for a stretch goal of $5,000 and is now a shortened version of what the developer initially planned to do with it.