Ubisoft has been known to be at their most experimental with new console releases, and the Wii U was the perfect opportunity to pay homage to the first game they ever made – Zombi. Released in 1986 for the PC, Zombi was a first-person action-adventure game that takes place in a mall filled with zombies. The game’s “hook” was that after a player died they would turn into a zombie and the other survivors would have to defeat it. ZombiU features a similar game mechanic, but this time Ubisoft was able to utilize modern technology to provide a more atmospheric experience. While ZombiU certainly isn’t a groundbreaking title, I did find it to be a somewhat pleasant surprise.

The year is 2012 and London is under attack by zombies. This undead uprising was foretold by The Black Prophecy that was realized by John Dee, a consultant to Queen Elizabeth I 400 years prior. The only person that believed this prophecy is a man known as “The Prepper”, who has managed to find safety somewhere in London.

The Prepper works as the games narrator as he guides the player through the ruined streets and buildings of London. Instead of playing as just one character, though, players control a new survivor every time they die. This can be a bit strange at times, particularly when NPCs don’t seem to notice these sudden changes in appearance. A more enticing story and characters probably would have made the game better, but Ubisoft was successful in driving the narrative by providing a sense of isolation and fear.

ZombiU’s gameplay is very hit and miss. On the one hand, the GamePad features enhance the atmosphere by requiring the player to view it in order to use their inventory, survey the map, etc. This means that one must shift focus between the GamePad and the TV in case a zombie should creep out of the shadows. On the other hand, these features are unintuitive. The menu screen is a bit clunky and cluttered, and having to move the GamePad around to use turret guns and scan rooms for hidden objects feels forced and ultimately unnecessary. To make things worse, the touchscreen must be used for rudimentary actions like unblocking a door or hacking locks. 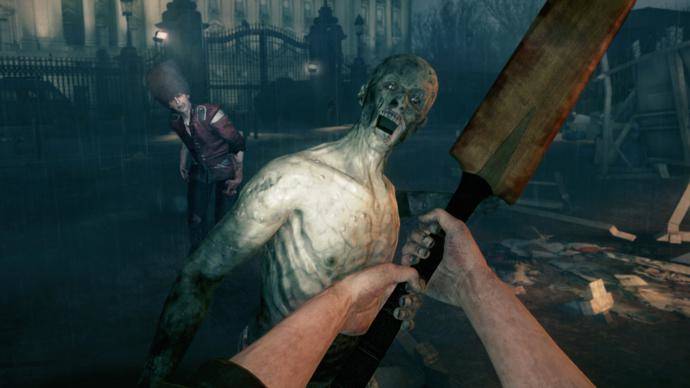 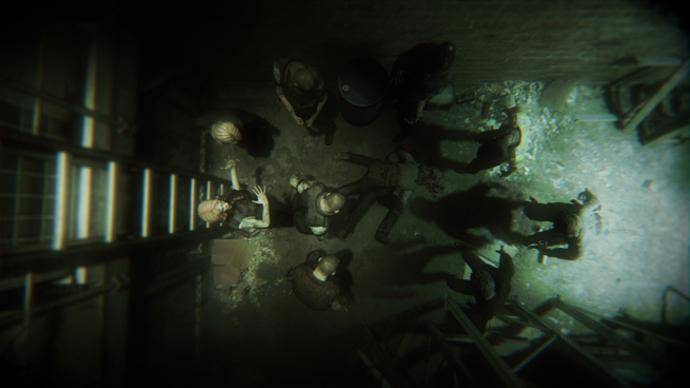 While I did find most of the second-screen controls to be bothersome, I did eventually get used to them and found that their ability to make the situation feel even more dire was enough to barely justify their existence. The same can’t be said for the melee combat, however. The gun-play is serviceable, but using the cricket bat (the only melee weapon) is quite an awkward experience. It’s a very useful weapon in many respects, but using it requires two button presses: one to raise the bat, the other to swing it. This action does get the job done, but it’s a completely unnatural feeling that doesn’t make beating zombies as satisfying as it should be.

These flaws hinder the overall experience, but there is one area where ZombiU is a step-above most of its peers – survival. More specifically, the fear that comes with having to survive. Everything required to stay alive is scarce, and searching for weapons, ammo, and food should be priority number one for every player. And even though it’s possible to scan for the presence of zombies, it’s not uncommon to be caught by surprise and killed without warning. When this happens, all of the items are lost and must be found again by the next survivor the player assumes control of. Not only does this make ZombiU surprisingly difficult at times, it makes surviving feel more urgent.

Exploration is also strong. The entire game is linear, but most areas can be revisited and there are plenty of things to discover while working on tasks for The Prepper. The only problem is some of the items and obstacles are too conveniently placed to give the game a truly organic feel. The map that shows where each objective is doesn’t make things better, either. Regardless, it can still be easy to get lost, and each area is different enough to make the level design more engaging.

Despite bland character models, the visuals work well on an emotional level. The game looks like it’s a homemade movie because of the weird, dingy camera filter. Obviously, this has a negative impact on visibility, especially when the lack of light sources is factored in. I didn’t find this to be cumbersome, and in fact found it to be welcome given the game’s genre.

The music is fairly typical for horror games, but it can be tricky at times. For the most part, the score isn’t present in the game unless fighting zombies. However, there were moments when the music kicked in and fooled me into thinking that danger was just around the corner.

Flaws notwithstanding, ZombiU is fairly solid. Players that are up for a challenge and/or want to experience a title that delivers in terms of atmosphere should give this game a shot. The spotty game mechanics are impossible to ignore though, so I can’t give it a strong recommendation. That being said, while the game feels incomplete in many respects, it’s successful on both the survival and horror fronts. This alone makes ZombiU worth playing.