If you’re a PS3 gamer, then you’ve probably heard of Quantic Dreams previous title – Heavy Rain. More story focused with simplistic gameplay, with a large portion of that being quick time events, people had mixed opinions on this style of game. It was criticized just as much as it was praised for its style of gameplay and its plot heavy nature, but how does Beyond: Two Souls compare?

If you’re someone who loves a good, interesting narrative and doesn’t mind the slower, QTE-based control scheme, then Beyond: Two Souls may be for you.

You play as Jodie Holmes, a girl with a strange, supernatural being bound to her. This entity, which she calls ‘Aiden’, can do things like move objects and possess people. Jodie is the focus of a lot of attention from a military organisation who want to learn what Aiden is. The story is broken up into chapters, each taking place at a different point in Jodie’s life.

Gameplay in Beyond: Two Souls is similar to Heavy Rain, although more refined

Unfortunately the plot isn’t in chronological order, swapping from an older Jodie, to a younger one, to a moody teenager before going back to her younger years. It’s strange, and I cannot understand why Quantic Dreams decided to jumble up the story like this. The story still works well, but I can’t help but feel it would have been easier to follow if it were all in the right order.

The world and atmosphere are quite immersive. One thing that stood out a lot throughout the game were young Jodie’s drawings. Sketches of what Aiden looked like, or stick figure drawings of herself, always with a sad face and the dark scribble of Aiden close by. Some were quite disturbing. 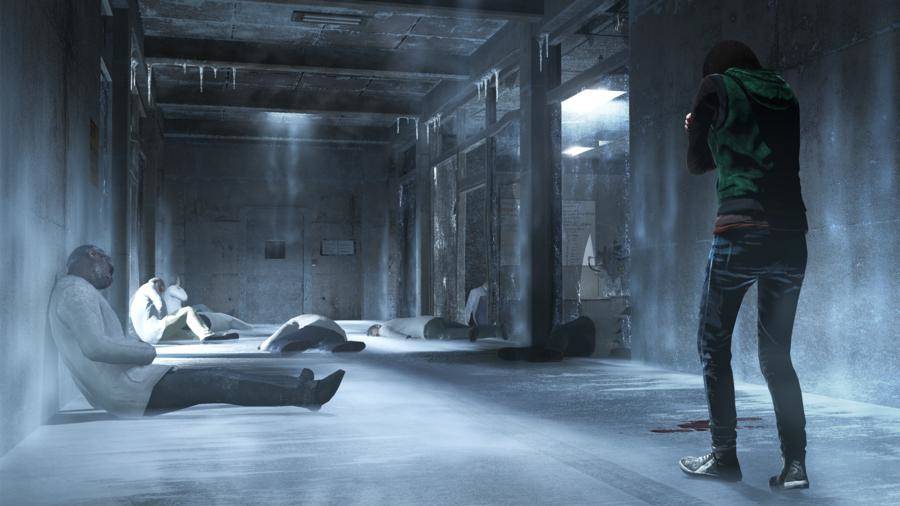 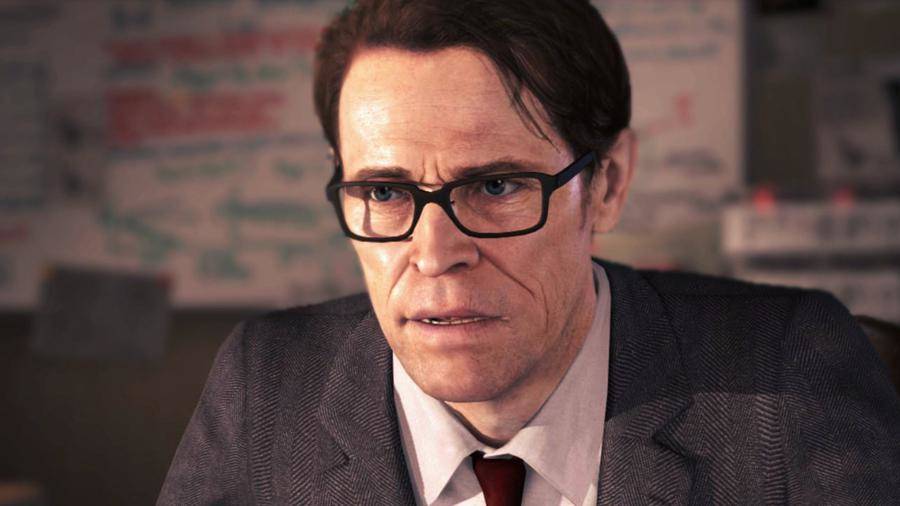 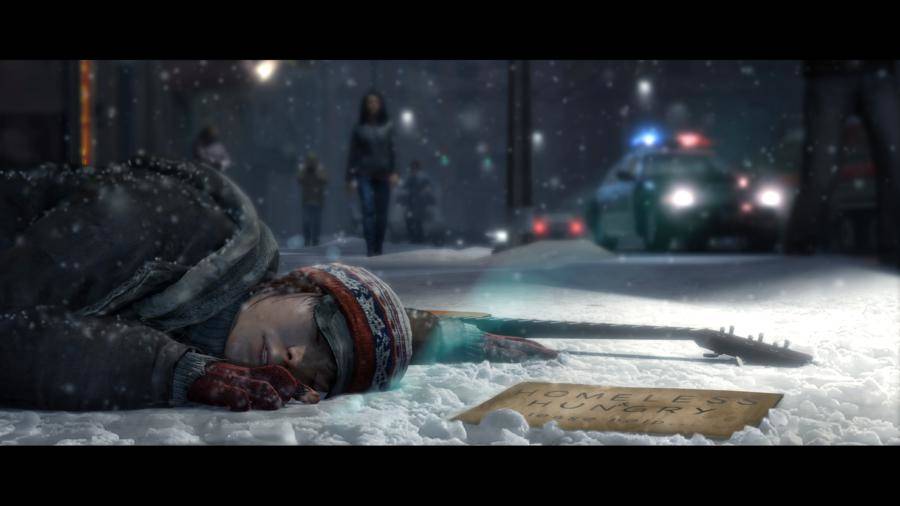 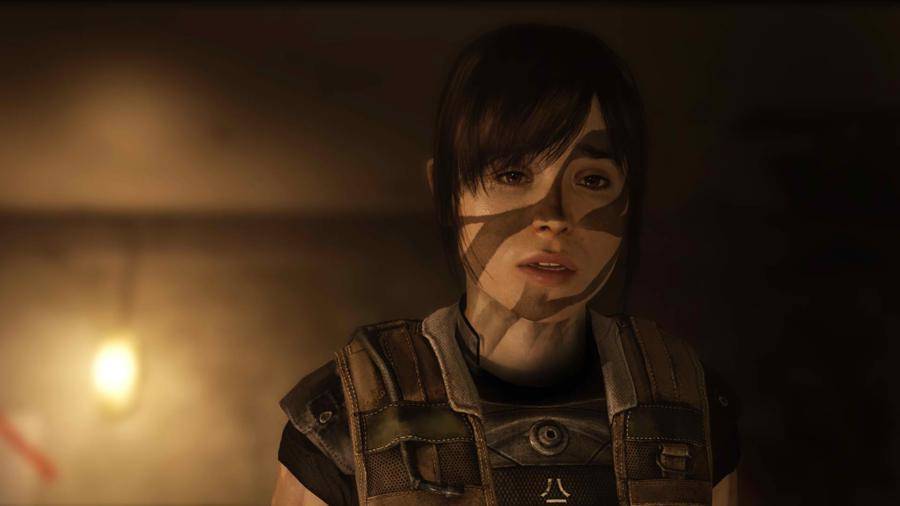 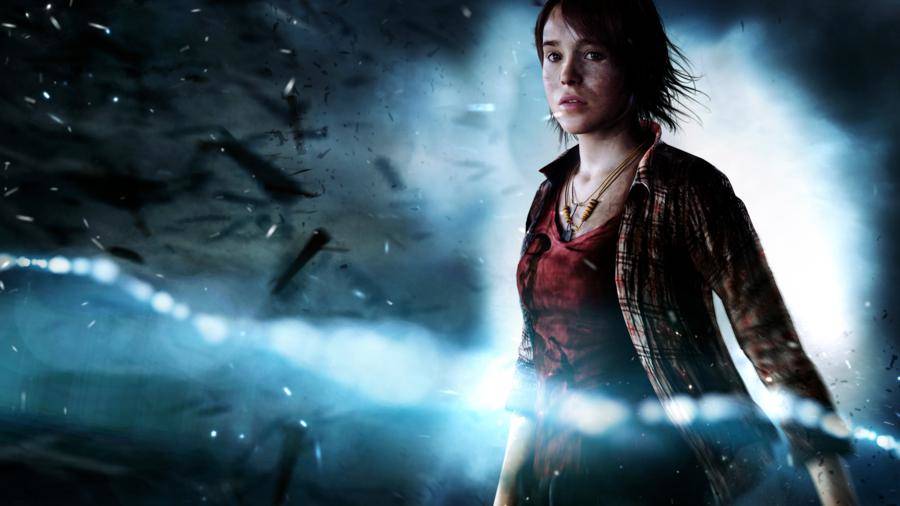 In terms of characters, Beyond: Two Souls is a mixed bag. I found myself caring about Jodie, and as a main character she is interesting and very believable, thanks in part to a fantastic performance by Ellen Paige. The change you see in her personality between the different periods of her life are excellently done. Aiden however, is a faceless, soundless entity. It is up to the player to control him, to give him his own personality by performing different tasks throughout the game.

Do you wreak havoc and terrify people? Or control yourself and help Jodie. It’s not quite as expansive as that, you can’t just go around possessing anyone you please. But there is often multiple ways to play out a scene, giving the story some decent replay value.

Gameplay at its simplest

Gameplay in Beyond: Two Souls is similar to Heavy Rain, although more refined. You control both Jodie and Aiden with the left stick, although Aiden is played in first person. The triangle button switches between the two and the right stick is used to interact with things, open doors, pick up items, possess people etc. Action scenes are played out with quick time events, with you flicking the right stick to match Jodie’s movements.

It’s gameplay at its simplest, and people expecting an epic action game are going to be very disappointed. Think of it more like an interactive movie and you’ve got a good idea of the gameplay; it’s not for everyone, but those who do delve into it will be rewarded with an interesting and original story.

Musically, Beyond: Two Souls is good. Not fantastic or amazing, just good. Now is that not good enough? Well, the musical score does its job in all the right places. Appropriate ambient music when Jodie is attending parties or events all the way to dramatic chase scenes being complimented with fast orchestral pieces. None of these are memorable tunes, but they do fit in well with the scene.

Beyond Two Souls is a tough game to review. Some wouldn’t even call it a game. It’s hard to talk much about it without giving some kind of story plot away, simply because there isn’t anything else to this game besides the story.

If you’re after the easy trophies (which this game has a lot of), then at least give the game a normal play through, choosing carefully what you want to do. The story shapes itself around your choices and actions and, although very disjointed, I found myself caring for Jodie in a way I haven’t found myself caring about a character since the dynamic duo of Lee & Clementine from Telltale’s The Walking Dead.