There aren’t enough sim games on the PlayStation 3, especially when it comes to sim games with RPG elements. It’s a niche within a niche – if there were demand for this sort of thing on consoles, no doubt someone would be chugging them out yearly, and yet when they do come out, as with Port Royale 3 Gold Edition, it never feels like you’re getting the most bang for your buck.

Still, it’s always fun to play the pirate, and Port Royale offers a variety of deep gameplay mechanics designed to let you sail the seas however you’d like.

A Shark in Parrot’s Clothing

It’s fair to say that Port Royale is a business sim first and foremost. It doesn’t look like it on the surface, but boats and sailing really are second to building up a financial empire as you would in almost any other business game. Money is important. Why? So you can buy things that allow you to earn more money.

If it clicks, Port Royale probably won't leave your PlayStation 3

You can do this in a variety of ways. Whether you’re taking enemy ships or trading corn and sugar around the Caribbean, the end goal is the same – rise up the ranks and earn lots of cash.

Despite the similarities in goals, Port Royale allows for massively different paths. Playing the merchant is similar to being the buccaneer in terms of basic mechanics, but what you’ll be doing, and how it’ll effect your reputation, is wildly different. This means that there’s the potential for multiple long-term games if you get into it, and replayability is high.

If it clicks, Port Royale probably won’t leave your PlayStation 3. It’s has the potential to suck weeks away from your life as you micromanage trade routes, explore coastal regions and swap fire with dangerous scallywags.

A Quiet Year of Sailing

It may not click. Like a lot of Kalypso’s games, they’ve once again gone out of their way to make Port Royale 3 as dry as possible. There’s a little bit of plot, but this acts more as a diversion from your need for cash than as a fully fledged feature. It’s fun for an hour or two, but prolonged play – doing the same thing over and over – may cause you fatigue sooner rather than later.

It doesn't look like it on the surface, but boats and sailing really are second to building up a financial empire

The combat feels very menu-driven, and console gamers taking a chance may ask why it’s not as action-packed as Assassin’s Creed 3 or Black Flag. In all fairness, they don’t deserve to be compared, but people who aren’t fans of the genre will probably do so anyway.

More typical players of Port Royale will find the combat passable, it suits its purpose fine. You may enjoy it, or maybe you’ll just tolerate it as you progress further.

A Change of Pace

Whatever you think of it, combat is a means to an end, and that’s true of many of the components of Port Royale. It’s a remarkably deep simulation of Caribbean life in the seventeenth century, wiping away some of the myth and presenting something wholly more sensible, more challenging. Do what you must to take advantage of the situation, and there almost no tools unavailable to you. 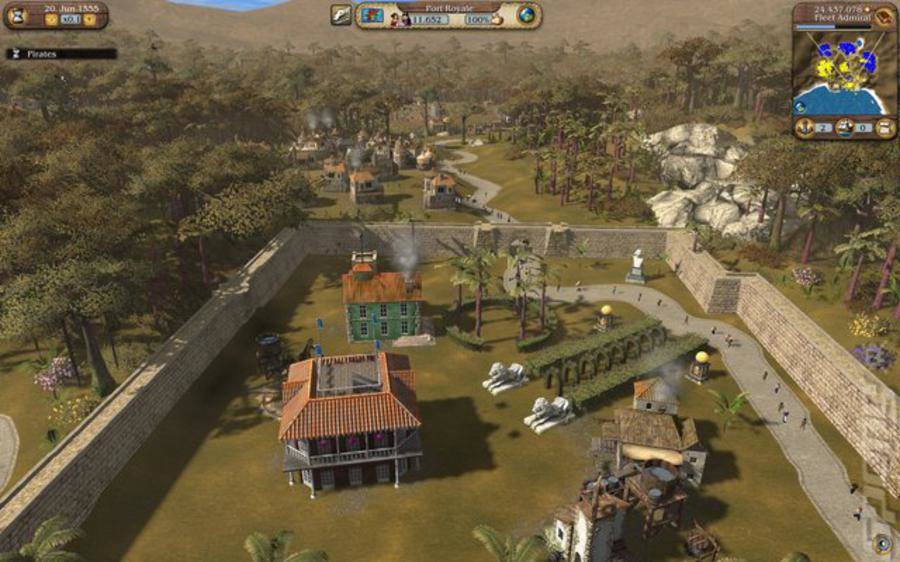 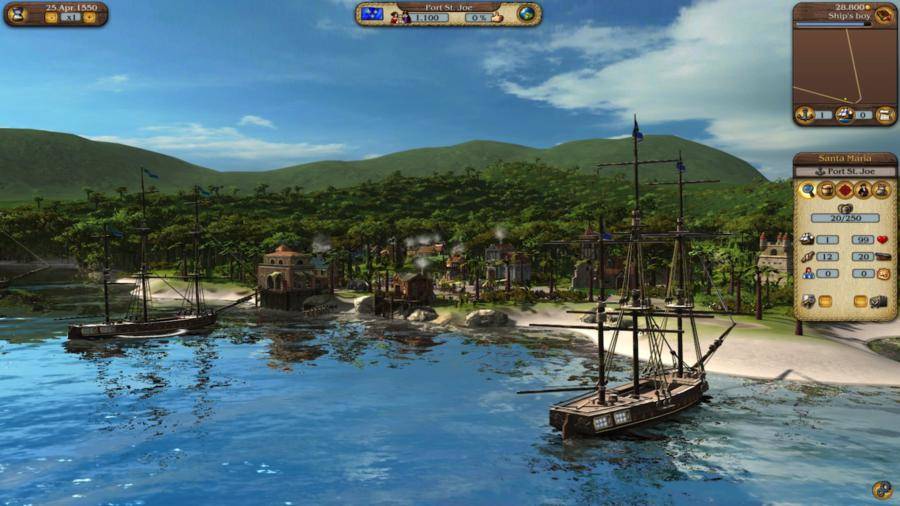 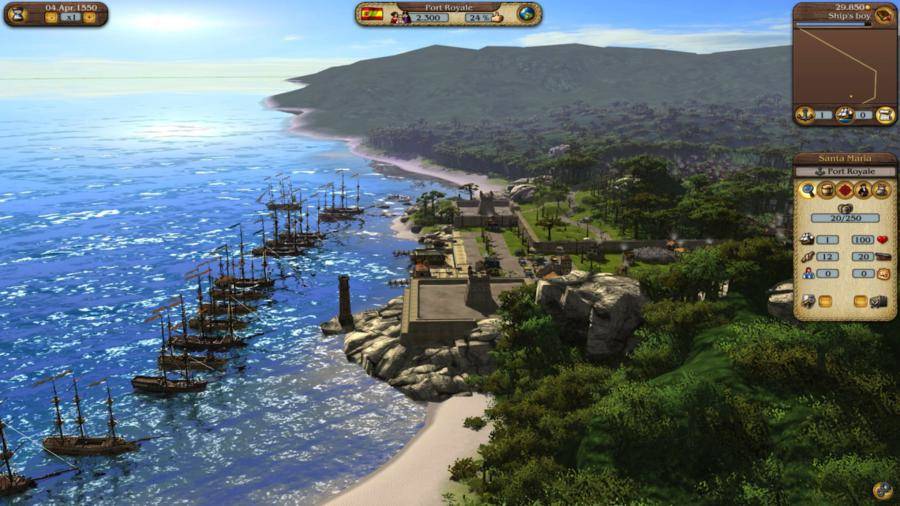 Port Royale 3: Gold Edition also comes with a variety of DLC packs on the disk, allowing for even more story and adventure. There really is a huge amount to see, and while it’s never as accessible as the now-for-everything classic Sid Meier’s Pirates!, it’s more impressive for its scale.

Equally impressive is how well the developers have gotten the game working with a controller. Traditionally not a genre best played with a Dualshock, Kalypso have managed to get it going comfortably and enjoyably. I never felt hindered by needing to use an analogue stick instead of a mouse.

Even the towns – which look beautiful, by the way – are easily navigated using the controller. Perhaps one of the most menu-driven areas of the game, it would be easy to get lost in a mountain of product without a mouse wheel, but it works regardless.

Port Royale 3 Gold Edition is definitely a niche release – but what a niche release it is! There’s too much to learn, a few annoying flaws and other bits and pieces that will make this unlikely to be anybody’s first simulation game, but for the right person, it’s easily a perfect title.

It almost feels a shame that the rest of us will be left out.