Girl Fight is almost exactly what it sounds like – a game in which a bunch of girls beat each other up. Oh, and the girls don’t wear very much. On some levels it manages to be much more than this, on others it falls well short. What you’re left with is an interesting idea, a degree of eye candy and occasional disappointment.

If you were around for the PS1 era – when Tekken started to get really big – you’ll remember the huge amount of fighters that were release at that time. They were mostly god awful, with little charm, and most of them have been forgotten to wherever bad games go to die. 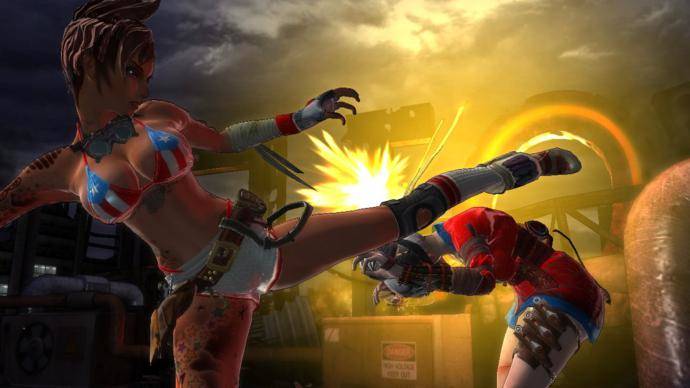 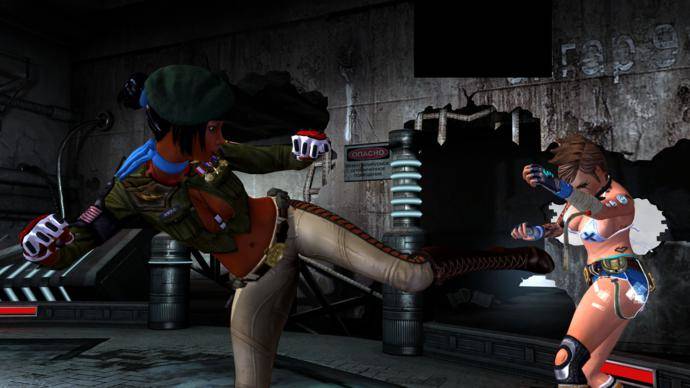 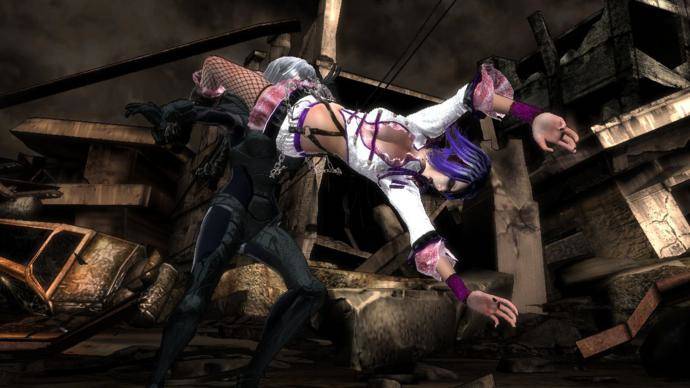 Girl Fight isn’t as bad as all that, but it definitely feels in the same vein. There’s an idea – that there are sexy girls knocking seven bells out of each other – and that’s been placed onto what is a very average fighter base. The idea isn’t enough to make you enjoy the fighting any more, and the fighting isn’t enough to really make the idea pop. From the very get go, things feel underwhelming and heavy as a result.

It’s important to remember that, although this initial impression is very much correct, it’s not entirely fair. Girl Fight, although it won’t ever compete with most other popular fighters available and popular right now, does do a few things right. And, on top of anything else, it’s fairly obvious that it’s been made on a budget.

Sure, there are Psi powers – extra moves that either damage the opponent or give you an advantage – but these don’t really give Girl Fight an advantage, don’t really make it stand out. This is Dead or Alive, without twenty years of fanbase building, acceptance and character recognition.

The girls only grunt at one another. The only voice you’ll hear sounds like a text-to-speech program (although it suits). Hair frequently flies through shoulders and, with AI so often sluggish, it sometimes feels like the most efficient way to win is just to spam the kick button. The graphics are passable for the genre, and for the fact it’s a PSN game, but don’t expect to be blown away by the environment.

Which is fine, because you’ll be looking at the girls anyway. Boobs will bounce, underwear will frequently be on display. I’d love to say it was done tastefully, but it isn’t – and it doesn’t really matter. There really aren’t any pretensions here. You want to look at women who can kick ass, don’t wear very many clothes and use magic powers? Buy Girl Fight.

That’s not to say that there isn’t a plot, and it’s surprisingly well delivered, but anybody hoping for something on the level of War and Peace are looking to get their kicks in the wrong places.

This sounds like standard fighter fare, and it is. The interesting bit comes between battles. Occasionally The Mainframe will speak to you, through a character called Chrome, and it’ll reveal little snippets about the character you’ve chosen.

It’s never a lot. “A girl of your breeding doesn’t deserve to be here,” or “you shouldn’t blame yourself for what happened.” It doesn’t feel enough for you to get to grips with that character, but it gives a good enough reason to keep on playing.

You want to look at women who can kick ass, don't wear very many clothes and use magic powers? Buy Girl Fight.

Aside from a short backstory on the character select screen, the only other way you can expect to learn more about what’s going on is through unlockables. And Girl Fight is all about unlockables.

The Key to my Heart

When you start Girl Fight, you’ll have no in-game currency and you’ll only have access to a single character. You’ll play through, gaining money for each punch and unlocking characters each time you complete the arcade mode. As your roster increases, you’ll find yourself buying various things in the shop as well. This might range from new Psi powers and upgrades to new skins and “sexy” pictures.

Some of these feel useless – the skins are just colour swaps. Other things are more valuable though, and depending on how much you like boobs, some parts will be A LOT more valuable than others.

I’d have liked to see a version of Girl Fight with more money behind it, because I can see the developers have the right attitude (although, depending on your views, perhaps not towards women). It’s harmless good fun with some seriously addictive unlockables and enough to keep casual fighting fans – especially MALE casual fighting fans – happy for a short while.

There’s an online mode that nobody seems to play, which is unfortunate. Even without that though, Girl Fight will probably be worth your money, if you watch a trailer and like what you see. It’s about half the price of Skull Girls and it’ll give you a good few hours fun.