Long before being locked in Arkham Asylum, Batman was a talented, slightly cocky crime fighter just making a name for himself. While he still adhered to his strict code of ethics, he’d never had to really push himself before. He was a thorn in the side of the Gotham underground. He didn’t have the protection of the police. He didn’t have the respect of the people. He was, to some, a myth.

Arkham Origins follows his promotion from myth to crime fighter, and in doing so sticks a little too closely to both the gameplay and format that the previous games became famous for.

Hiding in the Shadows

In all fairness, this isn’t a surprise. This is a new developer, working on a prequel to two of the biggest games of this generation. Not only that, Rocksteady went all out on Arkham City, using more or less every single really big character in the Batman franchise. As a result, Arkham Origins doesn’t have the same pull as City did. Unless you’re a fan of the comics or cartoons, the bosses just aren’t as much of a catalyst as they have been in the past, and perhaps even then you’d rather see Two Face or Mr Freeze around every corner.

Rocksteady went all out on Arkham City, using more or less every single really big character in the Batman franchise. As a result, Arkham Origins doesn't have the same pull as City did

That’s not to say that the characters you’ll come across aren’t impressive or interesting (and occasionally they are), but they lack the instant recognition that came from entering an area in the previous games. A few enemies return – most notably the Joker – and that’s nice while it lasts as well.

So basically you have the same generally very good but occasionally slow gameplay as Arkham City, without the reward of a Smash Bros like cameo. Rocksteady have already done it. 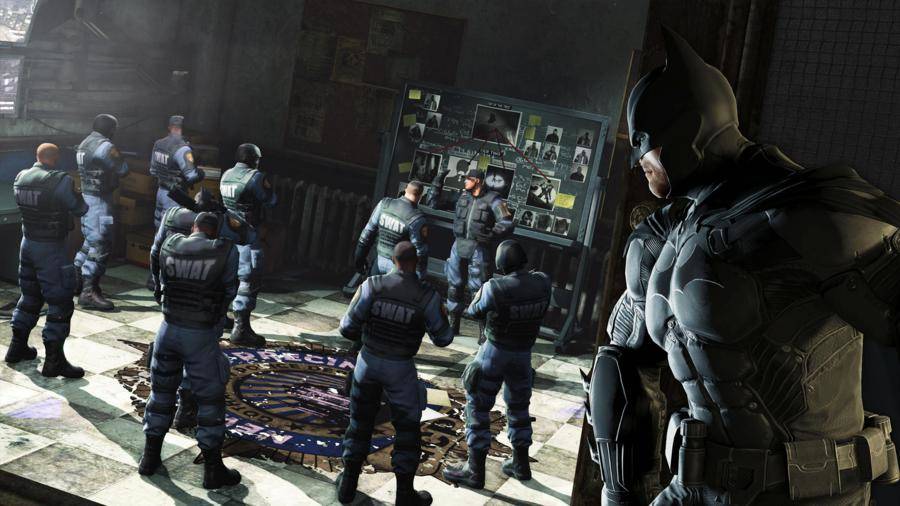 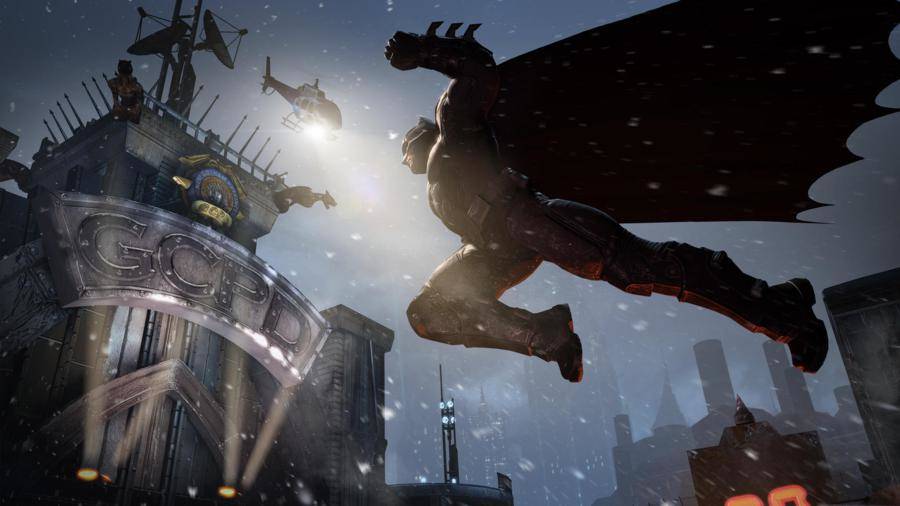 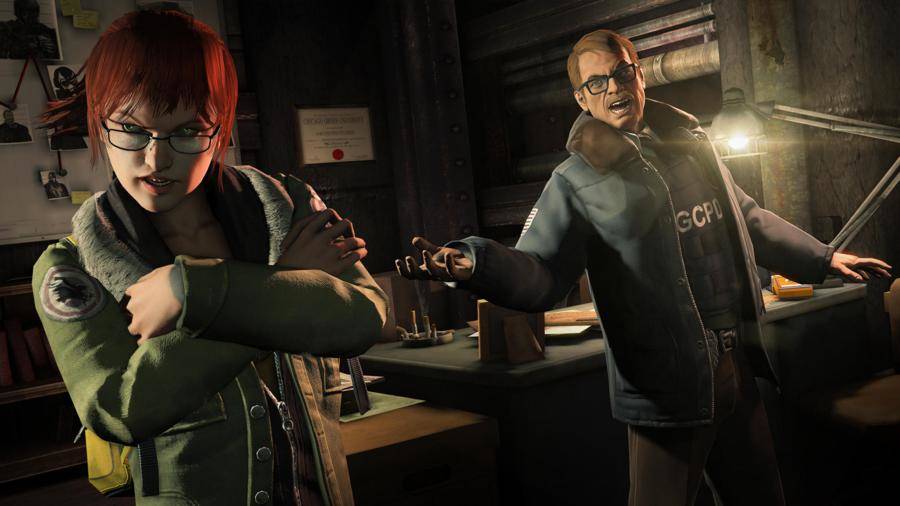 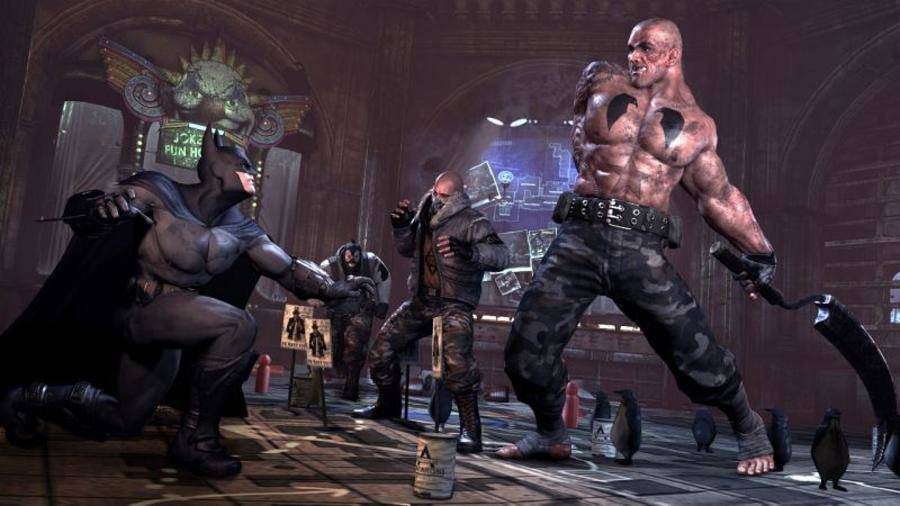 Perhaps that’s why everybody seems so underwhelmed by Arkham Origins. It’s not a bad game by any means, but we’ve seen almost everything it has to offer, and with a greater array of baddies. Like Assassin’s Creed before it, the gameplay just isn’t strong enough to pop when the story isn’t pushing you forward.

And that’s quite a painful thing to write, because the gameplay itself is as good, if not better, than Arkham City. There are still occasional glitches – enemies will quite happily slide across the floor if it means making a computer-controlled move work – and some of the areas can be a bit of a slog, but these were both issues with previous titles as well.

Everything else is very much the same, for better or for worse

The slight improvements more than make up for the occasional dry patch, however. Having the Batwing available makes exploration far easier, and little touches like the Grapnel Accelerator makes local travel speedier as well. It seems the new developers were more than aware of the little issues that made Arkham City frustrating for longterm play, but could do little about the actual core problems.

Everything else is very much the same, for better or for worse. I’m a huge fan of the two button fight system. It allows for basic battle, or you can build upon it with specials and upgrades and challenge yourself. There’s still a real weight behind it as well, and timing is as important as ever. Fights come up quite often, and are perhaps a little more difficult, more quickly than in previous games. You’ll have things thrown at you that took hours to reach in City.

Exploration is more or less identical as well. Use Batman’s various gadgets to traverse area after area. There are a few things to collect, different side missions to play through and a fairly lengthy story that’s never uninteresting but sometimes oddly paced. Boss fights range from pitiful to overly long to quite fun.

Overall though, it’s the story that drags down Arkham Origins. It isn’t fast enough, there aren’t enough twists and turns. It gets better as you progress, but the downsides of the gameplay, the lack of variety, would be far less obvious if there were more diversion in the plot. Arkham City got this almost spot on. Arkham Origins falls a little short.

Lots of people were worried about a multiplayer Batman game, and others refuse to even try it out. That’s a shame, because it’s actually very good, and almost makes up for some of the deficits in the single player. If you ever played Stealth mode in Metal Gear Online, Arkham Origins is very similar.

Two teams – Bane’s gang and the Joker’s gang – battle it out in various locations around Gotham. They try and take various locations while killing one another along the way. Batman and Robin must fully intimidate these two gangs, by strategically taking them out. It’s the ultimate Batman stealth test, and it’s incredibly rewarding.

Lots of people were worried about a multiplayer Batman game, and others refuse to even try it out. That's a shame, because it's actually very good

The shooting controls aren’t as tight as they would be in a game that actually has shooting, but they work well enough and you adjust over time. Playing as a lowly gang member really lets you appreciate how powerful you are in the single player mode. Batman and Robin kick ass, but are definitely human. Poke your head out too much, and you’ll die.

Bane and the Joker make appearances as well, and they seem even tougher than Batman. It’s a great chance to do something different with the franchise, and it works incredibly well. That’s WHEN it’s working. As of writing, the servers are a bit finicky and it can take a stupid amount of time to actually connect to a server. Give it a few weeks and there will be very little to complain about.

As you level, you unlock various new skills, items and techniques. It seems fairly well balanced, although very high levelled players will almost certainly have an advantage. That doesn’t mean you can’t win, but, as elsewhere, a very skilled player with the right items will trump a beginner time and time again.

The graphics and design are as pleasant as ever. I love the Christmas theme. The holiday decorations and snow really play against how dank Gotham looks. For this reason, Origins might be the best looking Batman game yet.

Unfortunately, the older PS3 hardware is really starting to show its age, and although the design is nice, there are moments that just don’t look good. It’s no worse than Arkham City, but if you’re interested in playing a visually perfect game, pick it up for PC (although I hear glitches on the PC version make this advantage a small one at best).

A special mention also must be made of the new voice actors. Both Batman and the Joker are voiced by different people, Roger Craig Smith and Troy Baker respectively. Roger Craig Smith especially does a fantastic job, mimicking Kevin Conroy’s speech patterns without it ever seeming too much like an impersonation.

Troy Baker is a little more hit and miss. It’s not as smooth as Mark Hamill, perhaps at the behest of a voice director trying to make the character seem younger. It’s never bad, and the Joker’s are huge shoes to fill.

There are a lot of knee jerk reactionaries, both professional and on message boards, who would have you believe Arkham Origins is some terrible mess of a title. The truth is, it’s not. This is exactly what we were all raving about a few years ago.

That exactly isn’t much of an exaggeration either, but that in itself isn’t a bad thing. With a better plot, more swiftly delivered, and without the aches and pains of an early online game, Arkham Origins would have probably been the best game yet (if only because of the minor additions that smooth the gameplay).

It’s still more than playable, and really quite enjoyable, so long as you have the patience to play through the drier spots. If you managed to complete Arkham City, you’ll easily get through Arkham Origins.