Oddworld: Abe’s Oddysee was a PlayStation staple. Along with Rayman, I’m not sure there was a single person I knew that didn’t have that iconic green sewn-up mouth grinning within their PS1 collection. When the Oddworld series jumped to the Xbox, abandoning not only much of the userbase but also, in a small way at first, Abe himself. Stranger’s Wrath ended up under-performing and would have been lost to time if not for Just Add Water and their release of Stranger’s Wrath HD.

It is of no surprise to me that Stranger’s Wrath HD seems to have been at least as successful as its original on-disk counterpart.  It’s not an easy game to describe and, as a result, I can’t imagine it would have been easy to market when sat alongside the likes of Halo.

It’s a first person shooter without any guns, and without the need to necessarily be played in first person.

Instead of a gaggle of different weapons, you have just one. It’s a crossbow that has the ability to load in two different kinds of ammunition. While other games constantly have you finding ammo just sitting around on the floor, Stranger’s Wrath is a little different. You’ll find it crawling on the ground and buzzing in the air instead.

The gameplay, the story... there's nothing quite like Stranger's Wrath HD

There are several different types of ammunition, all of it living, breathing Oddworld critters. Some of these will serve to knock enemies out or to kill them entirely, while others can be used to tie enemies up or to disable large groups, allowing you to sneak on by.

This all aids towards the early game’s single goal: collecting bounties. Stranger, the character you play as, must raise money by capturing enemies dead or alive. They’re worth more alive, but it’ll take more time and effort to successfully capture them. Stranger’s Wrath is basically split up into different missions, each of which is built around one single main boss enemy.

One of the coolest things, and something that may not have been done since, is that you can play in both third person and first person modes. First person gives you the ability to shoot from your crossbow, whilst the third person mode allows you to move around quickly and use more varied melee attacks. Becoming a master of both will be more than necessary if you’re going to collect every doggone bounty and jimmyweed Jasper in your path.

Stranger’s Wrath is a pastiche of ideas from the Western genre of films, with a little steampunk added in for good measure. This makes for an interesting game visually, but it adds several neat ideas to the gameplay as well. Not least, there’s enough hilarious dialogue that you’ll probably not get bored on your first playthrough. 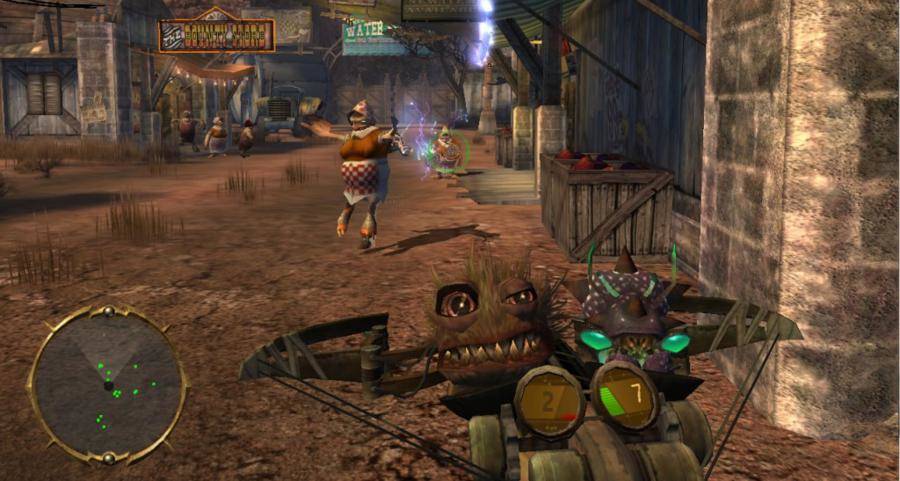 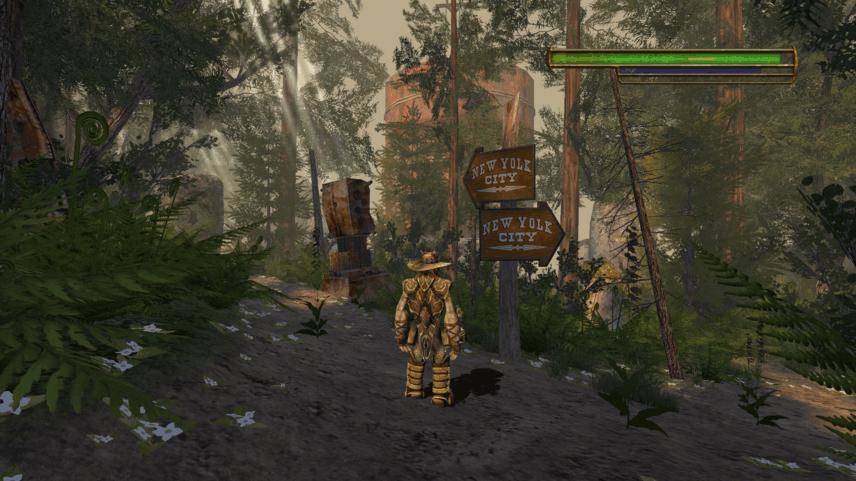 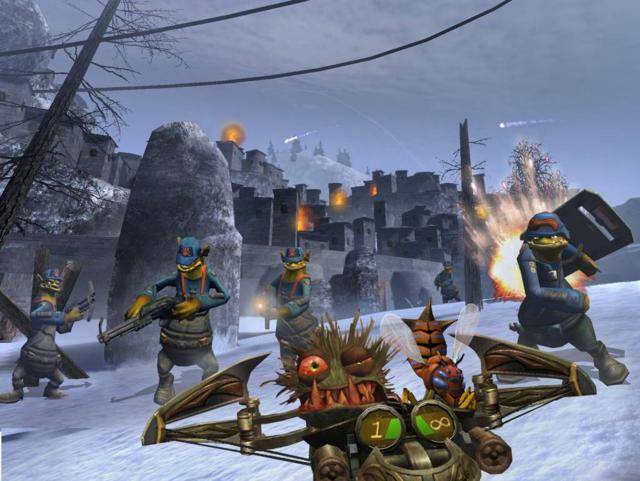 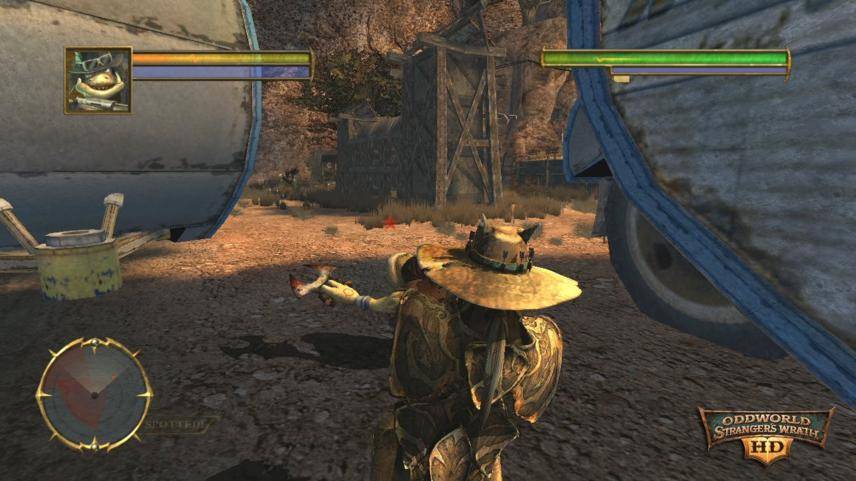 Although things are shaken up a little in the latter half of the game, Stranger’s Wrath is mildly predictable while collecting bounties and relies more on changing ideas across a single theme as opposed to rewriting the book each time around. Depending on how much you enjoy the first hour or so, you’ll probably have a good feel for how things will go during the rest of your gametime.

I’d strongly suggest sticking with it but, for some, it’ll end up striking the same note a few times too often.

This is especially true if you decide to play on hard mode. This is one of a few new additions to the HD version of Stranger’s Wrath. The original game had only one difficulty level, and you either liked it or you didn’t. Stranger’s Wrath HD has an easy mode (in which enemies do less damage and stamina comes back twice as quickly), a normal mode (the original game) and a hard mode.

Hard mode is a real challenge, not only of your control over the game but of your patience. This isn’t helped by the fact that it seems Just Add Water changed the damage and stamina stats without actually testing out the game. Some of the bounties are impossible to capture alive.

If you don’t mind making a few allowances for just changing the balance somewhat though, the hard difficulty is a real test of your abilities and one that I’m actually quite proud to have made it through.

The gameplay, the story… there’s nothing quite like Stranger’s Wrath HD, and if you haven’t yet played it and have any interest at all in stealth games, shooters or just plain classics, try and pick up a copy. It’s available on the Vita as well, and on PC, so there’s really no excuse.