Since Ratchet and Clank propelled Insomniac into the role of “Masters of Weaponry,” they’ve done everything they could to hold onto the title. Fuse is the video game form of their attempts. From the very beginning, mad weaponry is not only a feature of the game but the game itself, embodying not just your actions and means of attack, but the plot and design as well.

On paper, Fuse should be a wonderful title. Four player co-op, squad-based gameplay, waves of enemies to kill, a deep multiplayer system which the entire game is built around.

Like with the weaponry, Fuse’s online component does nothing half-heartedly. It is interconnected with everything. Your characters level up across every mode in the game, whether you’re playing alone or with friends. Despite this, Insomniac have done a good job of evening the playing field whether you’re playing online or alone. Nothing will beat teaming up with three friends, but it’s nice to have a decent alternative.

There are moments where you begin to care for the characters, but it's usually followed by a one-liner that doesn't quite hit home

The shooting and cover system is passable. It’s exactly as you’d expect it from every other third person shooter. It tries to give the player some cool toys, a bunch of enemies to blow up and a few places to hide from gunfire.

This isn’t a bad thing. Not every game needs to be terribly original or even top of its respective “league”, and Fuse takes a tried and tested formula and is fun in its own right.

If it wasn’t for the dull story – there’s a terrible sci-fi substance that could destroy the world and it has FALLEN INTO THE WRONG HANDS – and the lame attempts at likeable, relatable characters, it probably would have gotten away with the generic gameplay. Binary Domain, a very similar title in many ways, strived for the Blade Runner-esque philosophical question of “what is life?” and sometimes hit its mark. Fuse makes no such higher attempt and falls short because of it. 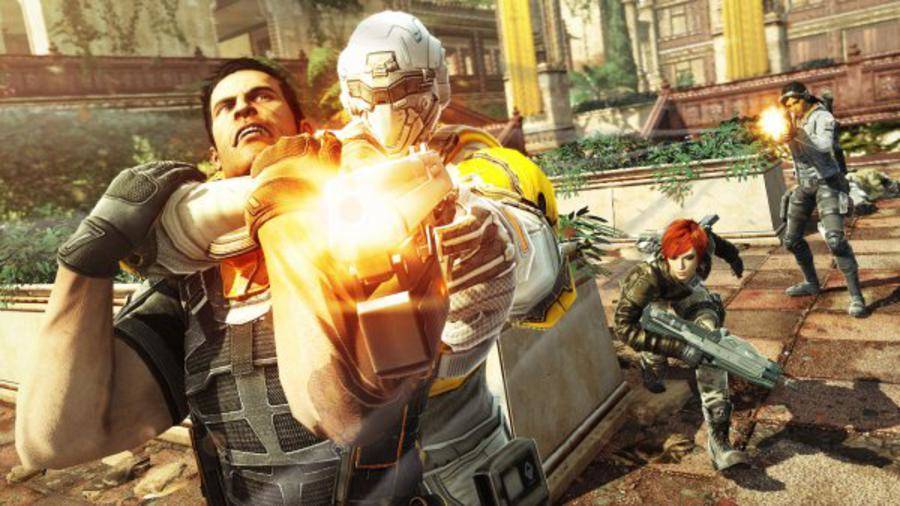 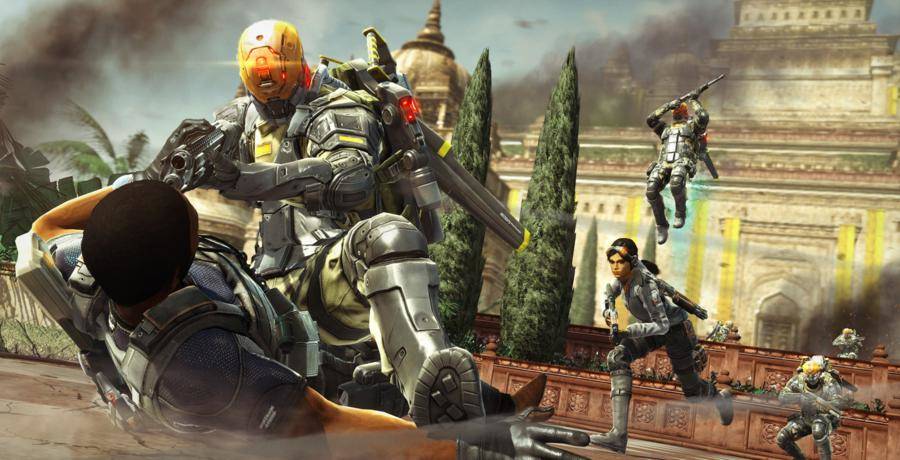 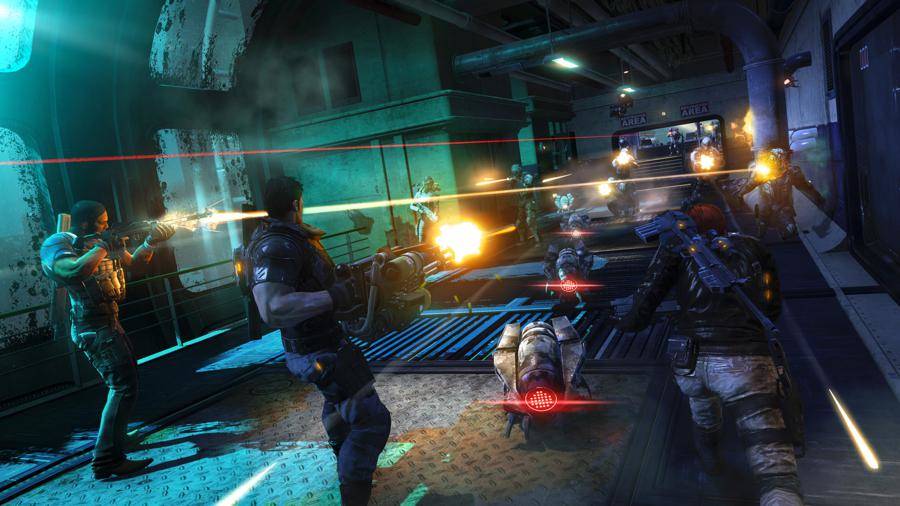 There are moments where you begin to care for the characters, but it’s usually followed by a one-liner that doesn’t quite hit home. “Banter,” or whatever you might want to call the wannabe-comedy that too often has infiltrated our games in recent years, is quickly becoming an alternative to actual writing and it’s not a trend that suits any situation well.

There’s also a problem with just how repetitive the story is. You’ll go from place to place, doing the same things just with a slightly different goal. It seems the scenario guys at Insomniac forgot that, whether you’re running to stop a bomb or running to grab a weapon, you’re still running from one place to another. The likes of Call of Duty manage to hide this linearity behind big explosions and tight first person story telling techniques. Fuse simply rewards you with the next thing to run towards.

Occasional Uncharted-esque platform segments and opportunities to stealth kill enemies do little to spice up the gameplay. Even the areas you’ll run through, by and large, seem drawn from the same cloth.

Always On but Nobody is Watching

Playing alone is fine, and I’m often surprised by how well the AI reacts to any given situation. There have been a few hiccups, largely as a result of glitches that have put me in places I shouldn’t be, but for the most part they’re helpful without the “premonition” of real life players who know a given sequence far better than you.

They do occasionally aim through walls and struggle to get through corners, so it’s definitely a take it or leave it situation. If you could put up with Ellie in The Last of Us, you’ll have no problems with the co-op AI in Fuse. Else it’ll annoy the hell out of you.

It’s supposed to be played with friends, and here’s hoping you have some because the online seems largely dead. There are a hardcore crowd with fully levelled characters and knowledge of every nook and cranny, but they’re not fun to play a story with, especially if you can’t jump on microphones with them.

There’s another mode that basically equates to shooting waves of enemies. It’s fun enough, but can be a little difficult. Again, you’ll sometimes find it difficult to find a game.

It’s nice that it all ties in together and this adds a purpose to every single mode. Not having fun grinding towards a certain upgrade? Switch modes, focus elsewhere and watch as you suddenly earn enough points to level up. It’s a shame that it wasn’t as successful as it should have been and that much of this, at least on PS3, will be a rare enjoyment at best.

Perhaps Fuse would have fared better if it wasn’t for how immediately bad some of the game looks. Visually, it’s not super stunning, but things are made that much worse by facial animations that look like they might have come from a Looney Tunes cartoon and movement that might have been influenced by something from a pyramid wall. You’ll become accustomed to it, but it’s not nearly as silky smooth or even near as realistic as it should be.

This isn’t helped by a few strange decisions for contextual animations. When the team blow up a loose wall, for instance, they’ll turn away from in, shield their faces, but not actually move. The blast is enough to blow a wall out, but not enough to even knock our heroes back.

Pick up Gears or Uncharted instead, and if you've already played them, Binary Domain

Or catches/grills that open inwards, going though devices/brick walls as they do so.

The voice acting is pretty good, especially when you consider how the characters have been written. The main team especially do a good job with what they’ve got and it’s for this reason that you’ll often find yourself becoming interested in a character.

Music, however, is a forgettable pulp action affair, and you’ll come out of the game without even remembering a single bar.

This was Insomniac’s first multi-plat game for this generation, and that meant people were instantly working against it. There were definitely those that wanted Insomniac to create something really quite terrible as a punishment for daring to leave the PlayStation brand.

You’d have thought that would have been a catalyst, something to spur them on towards creating what should have been an excellent game. Instead, they played right into the fanboy propaganda, building something that is so specifically unremarkable that there comes a point at which you have to remind yourself this is a title made by the people behind Ratchet and Clank.

At this point, Fuse is probably one to avoid. Nobody is playing it online and the online is so deeply invested that you’ll end up with a 10 hour story that fails to hit the right marks and little else. That’s only a few months after release. It’s going to get worse. Pick up Gears or Uncharted instead, and if you’ve already played them, Binary Domain.