Dynasty Warriors 8 isn’t a huge improvement over Dynasty Warriors 7, but with its remained focus on a cinematic form of story telling and with a far more technically sound gameplay, it manages to be the best, most accessible game in the franchise so far.

Say what you want, Koei knows what their fans want and are excellent at delivering.

There was a time when casual fans might have been advised to avoid any Dynasty Warriors with an even number at the end. 2 was a great demonstration of an idea, but 3 ended up building on almost every level of that idea. As time went on, the odd numbered games have been higher quality, while the even numbered ones have been easy to miss. 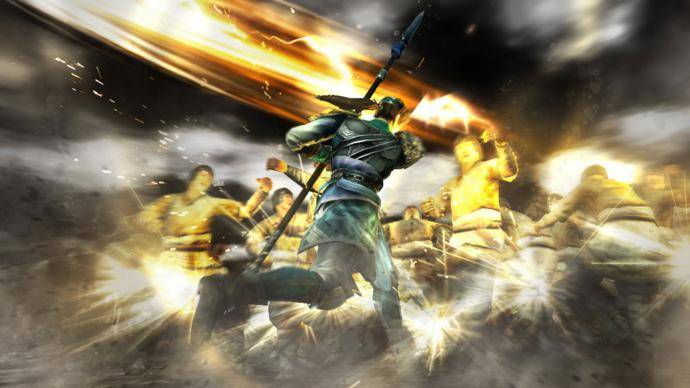 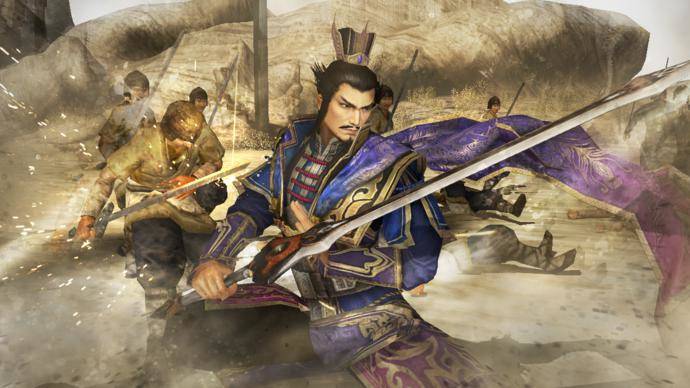 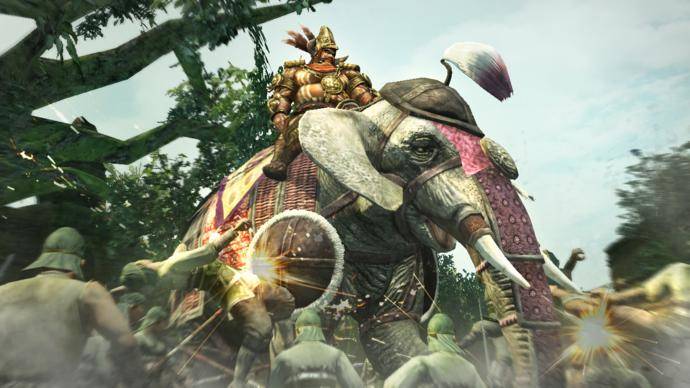 Which is why it’s surprising to me, as a long time Dynasty Warriors fanatic, to find that 8 actually surpasses 7 on almost every level. They’ve managed to build upon the more dramatic form of progression, although sometimes at the expense of accuracy. Levels open with a cutscene, you can speak then speak with everybody in the camp pre-battle, after which you’re seamlessly let into the fight.

This makes you feel a little more for the still laughably voiced characters. They’re not bad – not always bad – but they can sometimes be a little hard to take seriously.

Dynasty Warriors is still one of the only places you can get battlefield gameplay on this scale and it’s nice to see that Koei have put their best foot forward. For the most part the gameplay is very, very strong, with a clever balance of difficulty and RPG elements to keep you playing on.

When there really are a lot of enemies on screen, the Dynasty Warriors series staple of single-frame gameplay makes its cameo return.

There are technically three modes of gameplay, although Free Play hasn’t been worth mentioning in years. It’s basically a mode which allows you to play the levels that are better to play in other modes.

The others are far better.

Story Mode has you play through Romance of the Three Kingdoms from the perspective of one of four kingdoms, plus the infamous “other.” Each battle allows you to choose from one of three characters, equip them with a number of weapons, skills and then take them out. You’ll easily kill thousands each battle now, thanks in part to the engine handling more enemies on screen than ever before. Thankfully, slowdown during these moments seems to be a thing of the past.

That’s not to say it’s gone entirely. During certain story moments, like the fire of Luo Yang, or when there really are a lot of enemies on screen, the Dynasty Warriors series staple of single-frame gameplay makes its cameo return. At least it is no longer a starring role.

As you play through each story, you’ll unlock dozens of characters to level up and equip. As always, it becomes addictive, unlocking them all and constantly playing as your favourites. That’s where Ambition mode comes in.

Building on Dynasty Warriors 7’s Conquest mode, Ambition it a little more gentle, a little more organized. Rather than being presented with a map of China and being told to get at it, you instead are placed into a China in which the Emperor has gone missing and in which you must build a fort to attract him to you.

To do this you’ll need to rebuild all your facilities with materials found in battle, hire allies and capture soldiers and build up an incredible amount of fame. You can choose from any character in the roster and will be able to equip other characters as bodyguards as well.

You’ll see progress a little faster than in Conquest mode, and in fact I’d go as far as to say that Ambition is, again, far more accessible to more casual fans. That doesn’t mean it’s without challenge. You can line up three kinds of battle – small scale, large scale (for allies) and mission-based (for fame) – and once completed, move straight onto another kind.

Your health doesn’t refill between consecutive battles and each level gets harder, so it’ll take a real pro to see what happens the more you play without returning home. Still, it’s an optional challenge and slower players will be able to play at their own pace.

Although the overarching goal is different between the modes, the general objective remains the same: kill a bunch of enemies. Multiple weapons makes its return from Dynasty Warriors 8, although the system is smoother than I remember it. They’ve also built on it in such a way as to add to tactical element to weapon swap.

Each weapon has an element. There are three elements, each with has a strength and a weakness. You’ll come across enemies who are stronger than you and who are weaker than you, and you’ll be required to swap your weaponry accordingly.

Don’t just hit the “weapon swap” button though. If you time it right, you’ll get a super powered attack that’ll knock the enemy off his feet. Similarly, attacking a weaker officer will allow you to build up power which will eventually burst, allowing you to attack anything in the area.

On lower difficulties, this remains almost optional. Lu Bu is never going to have a problem with Zhang Liang, Guan Yu (after a bit of levelling) will still be able to power his way through more or less anybody else. It’s a nice way of adding to your own interest, but it isn’t necessary.

On harder difficulties or after a number of consecutive battles, it’ll completely change the experience.

Another thing that you’ll use to shake up the gameplay is the return of skills. As you play, you’ll need to defeat enemies in certain ways if you want to level up certain skills. This can be used to massively boost your individual play style, or you can use it to experiment with new ways of playing.

Talking of a new way of playing, it almost seems like Omega Force have tried to increase the amount of strategy needed in Dynasty Warriors 8. In past instalments, it’s seemed like the strategy was a means to perhaps make you stop smashing faces in one location and start smashing them elsewhere. In this latest game, however, you’ll often be presented with “this is happening, these are how I think we should react” and then it’s up to you to follow the orders or disobey them. You can’t do everything though, and it makes for a fresh new take on a heavily visited franchise.

Which is great, because the visual style and music accompaniment it definitely old hat. The graphics have improved in terms of characters on each stage and perhaps a little in terms of sharpness, but that’s it. You have to play to see how much smoother things have become, screenshots won’t do it justice.

The music is the same heavy rock, and it’s as good (or bad) as it ever was. You’ll recognise themes, you’ll hear new stuff, it does its job and it does it very well.

This is a franchise that consistently entertains fans while confusing the people who hate it. You only need to look at metacritic to see who “gets it” and who doesn’t. Unfortunately, far too many people write it off as a stress relief, an easy battle-by-numbers that only idiots would dream of buying.

As with all Dynasty Warriors games, if you find Dynasty Warriors 8 too easy, you’re not playing on a high enough difficulty. Dynasty Warriors 8 can be stupidly punishing, especially if you add it in with the new systems, and this isn’t a game where you’ll be able to gradually whittle down Lu Bu’s health from a distance.

In short: it’s the best Dynasty Warriors game yet, offering something for both casual players and hardcore fans. It’s still the same basic gameplay, but they’ve developed it to perfection. If you loved the series before and have been waiting to make a return, there’s no better time. And of course, fans definitely won’t be disappointed.