To commemorate the 10th anniversary of the release of Ratchet & Clank in 2002, Insomniac takes us back to where it all began by re-releasing the original trilogy in glorious high definition! There is no doubt that Ratchet & Clank is an iconic series, and one of the crown jewels in the Sony exclusive collection; but exactly how good is the HD re-release of the game?

I’d just like to start by saying that I love the Ratchet & Clank games. It’s probably the main reason as to why I always go for the Sony option, whenever a new wave of consoles are released. Bringing out the first three games in the series in HD gives anyone a great reason to play these games again; or on the other hand, discover them for the first time. 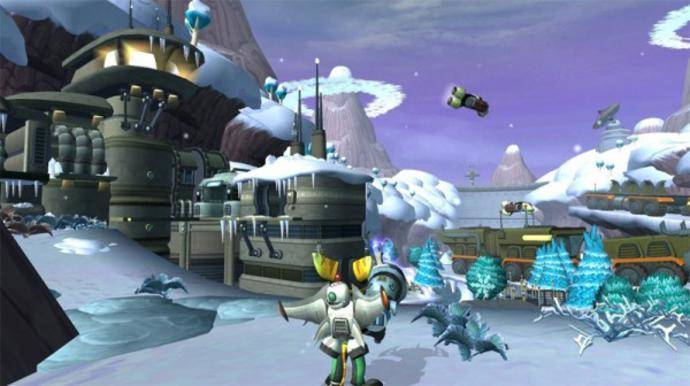 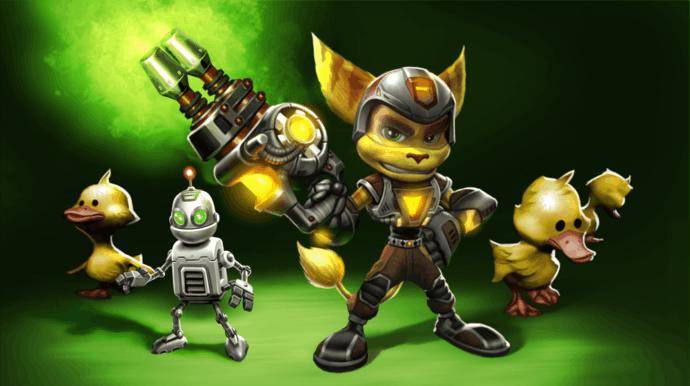 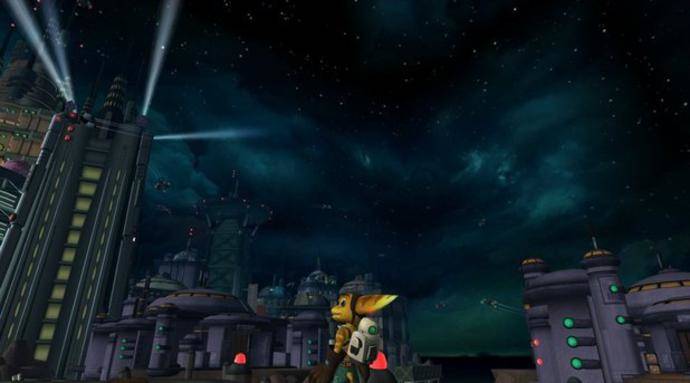 Ratchet is a Lombax, which is a kind of furry mammal. Clank is a misshapen robot that avoided destruction, and finds sanctity with Ratchet. The two find themselves becoming evermore famous in their quests to save the galaxy from every threat imaginable, including an evil, engineered, and mass-producing pet! The characters are lovable, the story lines are always witty and well-written; and the games have always managed to appease adults and children alike.

The first game in the series sees our unlikely heroes meet for the very first time as they save the galaxy from Chairman Drek of the Blarg species. Drek intends to destroy other planets in order to meld the best bits together into a new world for his race. Ratchet & Clank go in search of intergalactic superhero Captain Qwark to save the day, but when Drek turns his attention to Ratchet’s home planet; they are thrust into the limelight instead.

Ratchet & Clank 2: Going Commando / Locked and Loaded centres around a secretly dangerous, mass-producing animal called the ‘Protopet’. A company called Megacorp plans to sell the Protopet to many unsuspecting customers, and it’s up to our dynamic duo to once again save the galaxy. Ratchet & Clank 3: Up Your Arsenal (nice pun), introduces the now main character and villain; Doctor Nefarious for the very first time. The evil doctor intends to destroy all organic life – that includes everyone’s favourite Lombax Ratchet by the way; and now they must… you guessed it… save the galaxy!

The control of the R&C games has always been pretty flawless. It has improved since the very first installment of the game; but even at the first attempt, it was still more than satisfactory. Ratchet starts out wielding a wrench, which is something you’ll always have; but there are many more weapons to encounter through the game. There’s a Morph-O-Ray which turns your alien enemies into Earthly chickens, and the immensely powerful R.Y.N.O.; which more than lives up to its’ acronym of ‘Rip You a New One’. Gadgets like the Heli-Pack and the Hydro-Pack are necessary to progress with the storyline, and they can also be used to explore previously unreachable areas on levels you might think were completed.

Speaking of the level design, every planet you visit offers something new in the way of scenery and challenge. The imagination of Insomniac ensures that no two levels look the same, and the planetary design continues to be one of the main selling points for the series today. The currency in the game is bolts, much like bottle caps in Fallout. You’ll need to collect a lot of them to buy the RYNO, and the ‘Gold’ or fully upgraded weapons, so the replay value of the levels are high; providing you want to unlock everything the games have to offer.

The Ratchet & Clank Trilogy now looks a lot sharper, but I’d still happily play the originals instead. There is a notable difference between the graphics of the Trilogy and the Ratchet & Clank Future games, which were also released on Playstation 3.

The soundtrack to every game in the Ratchet & Clank franchise has always matched the game play blow for blow. The best music in the Trilogy probably comes from the first in the series, and lives up to other Sony classics like MediEvil; where the game play is thoroughly enhanced by the ambiance that the soundtrack creates. The series’ voice actors are always well chosen, and really help make the witty elements of the storyline noticeable.

There is no doubt that the Ratchet & Clank series should be held in very high regard, but the main market for The Ratchet & Clank Trilogy is likely to be gamers who haven’t had the delight of playing the first three games in the series before. The graphics have been updated; but a complete overhaul is probably what would be required to tempt the majority fans who already own the originals. Though deciding to buy The Trilogy to rediscover these Sony classics, may still be a great reason to do so.