Zone of the Enders HD Review

Zone of the Enders HD

If you’d heard of Zone of the Enders at its original release, there’s an overwhelming possibility the only reason you planned to buy it was because of the Metal Gear Solid 2 demo that came with it. Flash forward ten years and the robot franchise has all but disappeared, but with a sequel confirmed and this HD Collection available in stores, Konami hope to re-establish a cult classic. If you can ignore the layer of technical dust that comes with any re-release, Zone of the Enders remains a game worth playing, even if it’s just a chance to see Kojima operate outside of the shadow of Metal Gear Solid.

Zone of the Enders, as a franchise, tells the story of the Orbital Frame Jehuty, a mobile attack unit (read: giant robot death machine). In the first game, Jehuty is controlled by a young boy named Leo who finds himself hiding out in the machine after his friends are killed. Throughout the game Leo comes to terms with the attack on his home, as well as the role he could play in stopping other places suffering a similar fate. 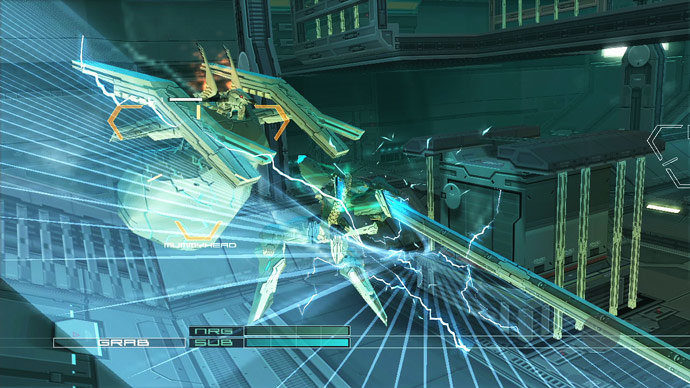 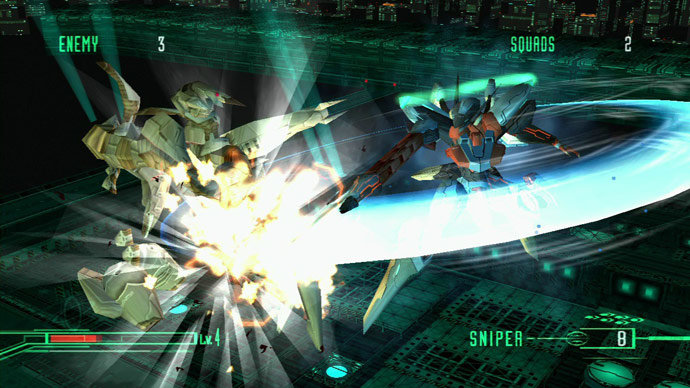 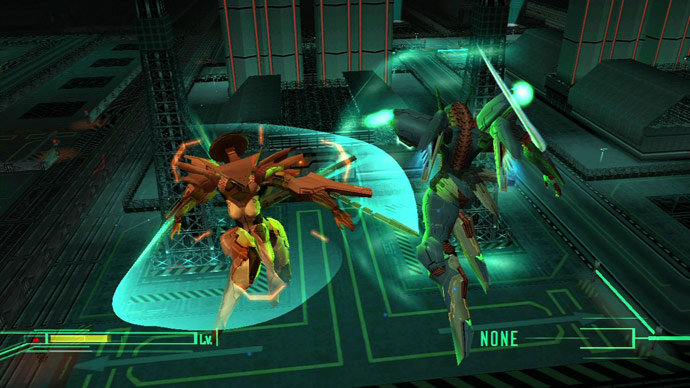 The second game introduces a new driver named Dingo and deals with the first part of the counter attack.

If you’re a fan of Hideo Kojima you’ll know exactly what to expect: long cut scenes filled with sickly-sweet dialogue discussing the nature of war. This isn’t always a bad thing, but even the biggest Kojima obsessive will cringe occasionally.

The first thing you’ll want to remember when loading up either of the Zone of the Enders games is that they’ve aged rather badly. That’s not to say that they have specific issues, but rather that they were made at a time where things could be slower, where repeating things for no real reason wasn’t as frowned upon. These are games that were released at the beginning of the PlayStation 2’s lifecycle and it shows.

Gameplay consists of fighting and exploring. Fighting can be massively repetitive and largely consists of a quick boost of speed followed by your use of a melee attack. This is encouraged by an odd control scheme that has both melee and long-distance attacks bound to the same button. Firing is useless for the most part (although a few of your long distance special attacks are a necessity), so you’ll find yourself dodging and slashing far more often.

This is made more difficult by the fact that Zone of the Enders takes place not only on a single level field (like DmC: Devil May Cry) but on a vertical plane as well. Too often you’ll find yourself slashing away at an enemy only a couple of feet above your head but not connecting, and the autotarget will do nothing to help you hit your mark. As you progress you’ll find other weapons, although the majority of them will fail to beat out your melee.

Not only is the combat itself repetitive, but you’ll find getting into battles as dull. Each area houses a number of squads and each squad holds onto ammo or health. Defeating enemies – which tend to patrol in giant circles – will help you get experience, although with less than ten levels and no skills linked to levelling up, it might as well not even be there. Upon approaching a squad, they’ll attack you. You can run away, but it’s unlikely you’ll ever feel threatened enough to actually do it and the chances are you’ll just run into another set of enemies anyway.

If you thought things could get better away from battle, you’re wrong. Zone of the Enders is made up of several different zones, all accessible from a main map. Sometimes a cutscene will tell you where you need to head, other times you’ll find yourself returning places in the hopes of something happening to take you forward. Zones don’t tend to be terribly unique and you end up with a pretty big sense of de ja vu regardless of location. It doesn’t help that, no matter the objective, it all boils down to the same thing: let’s fight something big.

That’s where Zone of the Enders really shines. On the odd occasion you come across a boss fight, you feel incredible. Taking these things down takes thought, skill, patience and timing, and watching the enemy health bar retreat to zero is incredibly satisfying. These aren’t your Legend of Zelda style bosses, that stand still and give you a chance to hit them between moves, but robots that want to win. Although there are patterns to enemy attacks, you simultaneously feel both badass and only a few steps from disaster.

Perhaps the only justification for the repetitive nature of the franchise is how short both games are. If you’re not interested in hunting down passwords (which you win from enemies to unlock side weapons) and are pretty handy with the controls, there’s no reason to think you couldn’t beat both games in less than eight or nine hours.

And although things generally seem to get better for the sequel, those bored by the original Zone of the Enders are unlikely to find their opinion magically turned around.

Considering Zone of the Enders is now well over a decade old, it’s aged quite well. Cutscenes look no better than the sort of thing you’d find in one of the PS1 Final Fantasy games, but you can see that Kojima and co were gunning for something special with the level design. Ignoring the faint Dynasty Warriors mist that covers each stage, there are a number of different types of level, from industrial buildings to wide open spaces. Although locations are never exactly the same, the zones of the game never look different enough to really give personality to a specific area and it all blends into one.

In HD, twelve years later, Zone of the Enders is surprisingly pleasant on the eyes, but don’t expect the level of graphical fidelity on show in the Metal Gear Solid HD Collection. The occasional frame rate problem is also bound to annoy, especially those who remember that no such problem existed in the original game.

The voice acting in these games range from dreadful to cheesy enough to work. It never makes it above that level. If you thought long speeches were annoying in Metal Gear Solid 2, Zone of the Enders will have you diving for the skip button on a regular basis. Both share the same sort of semi-preachy philosophical script, but Metal Gear has the benefit of characters we’ve come to know and love. Zone of the Enders falls well short and there are moments that should be as infamous as those in the original Resident Evil.

As far as music goes, there’s nothing that will really stand out. The soundtrack is a nice mix of high energy battle themes and slower, more paced songs for downtime and each does its job, but newer gamers (used to orchestral scores and 100+ tracks) might find the small variety in motifs annoying.

Zone of the Enders is a cult classic and for a good reason. There are things here that we now take for granted, in part thanks to the games Hideo Kojima made after he’d finished this, but I can’t imagine this HD collection brought many new fans in. In fact, the biggest reason to buy at launch would have been the early demo of Metal Gear: Revengeance.

Still, as a piece of gaming history, I’m glad Konami brought it back, and I’m interested in seeing how they’ll modernize the franchise when they announce Zone of the Enders 3.