The Last of Us Left Behind Review

The Last of Us Left Behind

The Last of Us Left Behind Review – Introduction

The Last of Us’ first and last piece of single-player DLC, Left Behind, is a great piece of additional content that further fleshes out both The Last of Us’ exceptional world, and its equally compelling female protagonist, Ellie. Left Behind works well as a standalone experience and breaks free from being marred by the core game. It succeeds in creating its own stand out moments, and considering the fact that The Last of Us is arguably the best game this last-generation, that alone should warrant a purchase. It’s both touching and sad, and has a lot more to tell and share in a few hours than most retail games out today.

The Last of Us was anchored by Joel who was both a cold and realistic individual, and an emotionally scarred survivor. The two decades of surviving in a post-apocalyptic world robbed Joel of any happiness he can exude, and the experience he’s gained from living in such a world clearly stood out when it came to gameplay. Joel was more lethal and capable in combat. This is a contrast with Ellie’s innocence and warmth in Left Behind. She can’t handle herself quite as well as Joel, and she relies more on her stealth and small size than brute force. She also feels and plays a little bit differently here, mainly because she isn’t as experienced and hasn’t yet witnessed the horror she’d seen while journeying across the United States with Joel.

But Left Behind is largely the same as its big brethren when it comes to mechanics. It’s still a third-person adventure game where aiming with your weapons is challenging, collecting supplies to make new items is important, and fighting the infected requires patience. All of this is just made that much more challenging due to Ellie’s small size. Fending off other survivors plays out slightly differently as well, for the same reason. You can’t rely on close quarter combat and Ellie has to keep her distance when engaging with both the infected, and especially other human beings. 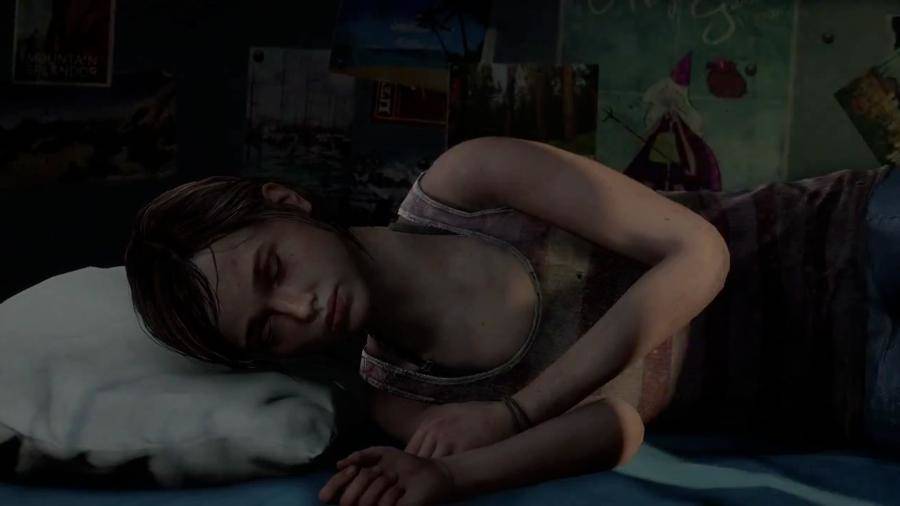 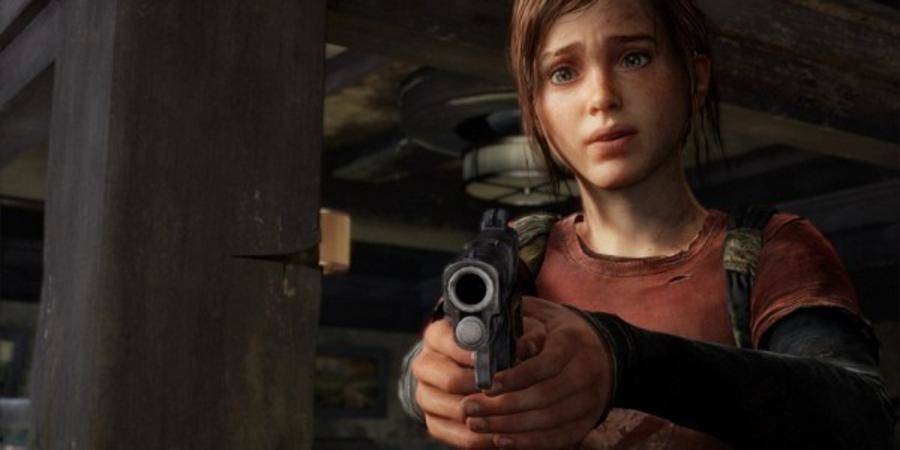 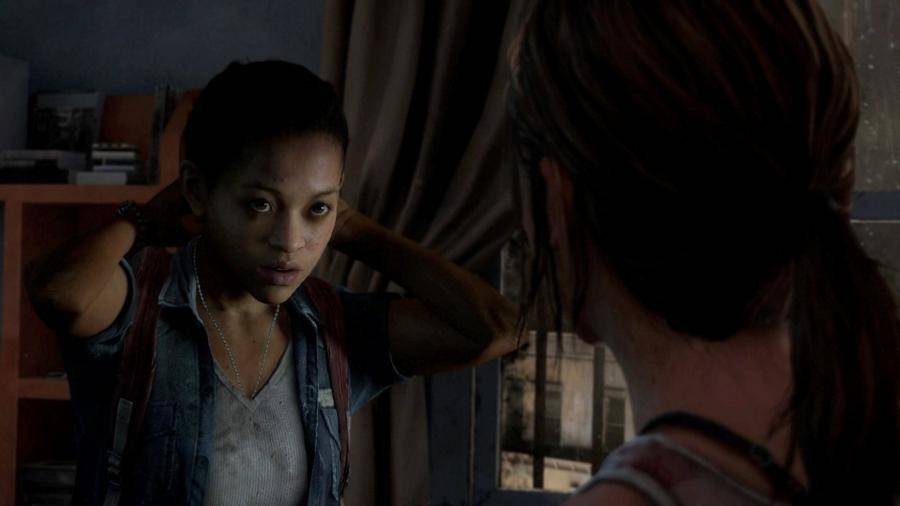 The real highlight here, however, is when Left Behind throws both parties at once at Ellie. Survivors can be searching for Ellie while a group of infected are tucked away somewhere, without anyone’s knowledge but hers. She can instigate a fight between the two by throwing a bottle or brick at, or around the survivors, leading the infected towards them. You can decide to sit back and watch them kill each other, or you can pick off each of them one by one. What’s more interesting is that you can start shooting at a survivor, but he won’t be able to do anything about it because of the infected approaching him. It adds a whole new dynamic that significantly changes up how the game can be played.

Left Behind also, much like The Last of Us, encourages exploration. There are collectibles to be found, which provide a great deal of additional context into the environment, trophies to collect, and optional conversations to engage with. Naughty Dog’s fastidious nature is a dominating force here yet again. The environments are superbly detailed, all the conversations and collectibles feel important and unique, and the game still looks better than most PS4 and Xbox One games out today.

A Story of Friendship

This fastidious approach to aesthetics and gameplay pours over to Left Behind’s story. It offers a more multilayered look at Ellie as a character and it slightly changed my perspective of her. It shed some light into, and offered an excuse for Ellie’s actions and behavior in the core game. Ellie’s counterpart and best friend here, Riley, is one of these excuses. Their complicated relationship is the main focus, and is handsomely complemented by Left Behind’s fantastic setting, an abandoned mall. It focuses on these two characters wandering around this mall trying to act like teenage girls in a vicious and ravaged world while attempting to recuperate, and make sense of their friendship. It’s a touching story that is filled with great moments and surprises, some of which had me pause the game with a slight smile on my face while thinking, “Naughty Dog has done it again”.

But some of the other highlights here are more subtle. Both of these young girls react much differently to, what we would deem, mundane objects. Whether it’d be a Halloween mask, a car, costumes, etc. they both have a unique perspective into these things. We saw this play out in The Last of Us where, for a prime example, Ellie would wonder curiously about what an ice cream truck is, and there are several moments of that here. These small little touches might not seem such a big deal at first, but they add up to something greater and further develop the world and its characters.

Ashley Johnson makes her return as Ellie and her performance is as fantastic as ever. She adds a soft human touch to Ellie that makes the character that much more memorable. Yaani King is the new addition as Riley and she complements Johnson very well. Riley is a slightly more authoritative and focused character than Ellie, and King plays out that facet beautifully. And they both benefit from the exceptional writing. Gustavo Santaolalla’s subtle musical score serves as an outstanding backdrop for the story as well. It complements what the game is trying to tell, and expertly mixes in with the dialogue being spoken.

The great writing is short lived, however, as Left Behind is only just under three hours long. That might worry some people, especially due to the game’s hefty price point of $14.99. But everything Left Behind does, for the most part, is well worth the price of admission. The only worry here is a specific moment towards the end where the gameplay feels painfully superfluous. This particular sequence feels dragged out and unneeded, and came dangerously close to ruining the experience. Its only saving grace is the fact that Left Behind’s, and that of The Last of Us’ gameplay is so well designed that you won’t mind the extra combat. But it still leaves me wondering if Naughty Dog needed to have it here at all.

The Last of Us Left Behind Review – Conclusion

The Last of Us Left Behind is short and expensive, but it’s still an incredibly well made piece of add-on content. It’s an excellent foray back into the beautifully realized world of The Last of Us and provides a great deal of context. There are revelations here that’ll shock fans, and touching story moments that you’ll remember well past the credits. Naughty Dog is a master of its craft, and it continues to showcase this with Left Behind.