It’s been about half a dozen years since the release of Hitman: Blood Money in 2006. Since then, fans of the franchise have been impatiently waiting for the next installment of the series. At long last, Agent 47 made his impressive return in 2012 with Hitman: Absolution. Unfortunately, there are a few noticeable flaws here and there but I can assure you, the game has been well worth the wait.

Taking place in the aftermath of Blood Money, players are once again put into agent 47’s shoes. Diana Burnwood, 47’s handler suddenly goes rogue, sabotaging and exposing the ICA (International Contract Agency). Reforming under new leadership, Benjamin Travis assigns 47 with the assassination of Diana and the extraction of a teenage girl, Victoria.

Having formed a personal relationship with Diana in previous titles, this sets a huge dilemma for 47. When confronting Diana, she asks him to hide Victoria and make sure she stays safe. With no explanation of who Victoria is and with no obligation to protect her, 47’s instinctual feelings tell him otherwise… 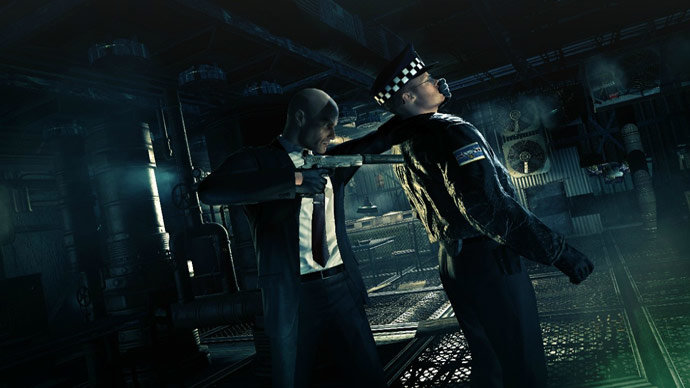 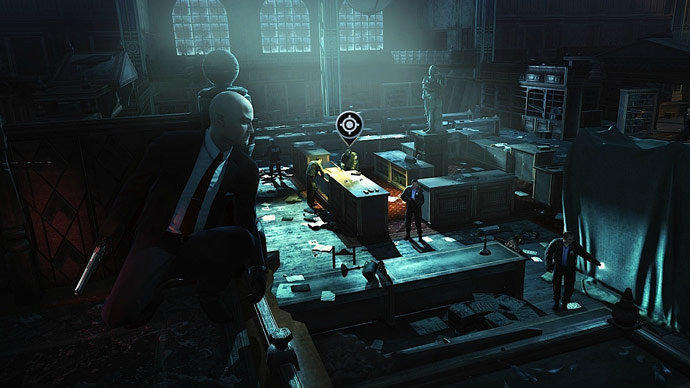 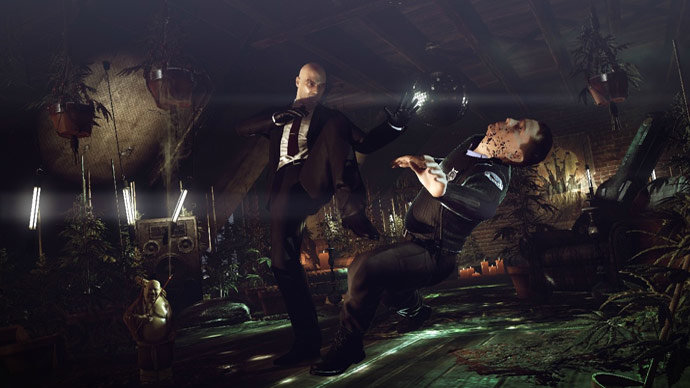 It is evident that Io interactive have tried their best to up the ante and provide players with a more gripping story. While they have succeeded in many ways, the story remains the same old generic formula. It also doesn’t help that 47 comes across as emotionless as a rock. This makes it so hard for players to relate, and truly appreciate what’s going through his bald, round head.

(But let’s face it, who actually plays Hitman titles for the story?)

Like a lot of stealth based games before it, the gameplay is where Hitman: Absolution truly shines. The sheer numbers of customization options are enough to make even 47 himself weep. Fiber wires, pistols, dog bones, plungers, you name it and there’s a high chance you’ll be able to use it as a weapon. There are literally hundreds of ways to eliminate your target and simply walk off in style.

The game features 20 distinct levels, with a few being split into multiple areas. For example, you might need to make your way through a flea market or a festival in order to get to a building you have to infiltrate. These segments are nicely spread out and make levels feel just about right. It also adds a little more variety in terms of aesthetics as the environments look and feel slightly different in each area.

Agent 47 utilizes a resource called Instinct. This acts as a sixth sense of sorts and allows 47 (just by holding down a trigger; R1) to sense nearby threats and enemy locations. It can also be used to pass by guards and enemies unnoticed. The more the trigger is held, the more instinct is used and according to the games difficulty modes the regeneration rates will vary. For example, on the easiest difficulty there is a high regeneration rate, while on the hardest possible difficulty it is automatically nullified. There are a few new techniques such as point shooting, which allow 47 to mark targets in slow motion and quickly make minced meat of them. It is a big advantage when cornered and desperate but veterans won’t care much for it, as it is mostly for accessibility.

Disguises are back, but not without their fair share of problems. Io interactive have done a decent enough job incorporating disguises into the gameplay but there are some very distinct flaws. For example, one would agree that a person wearing the same disguise as you would be able to tell 47 from his co-worker apart. Having security guards, police men and construction workers knowing exactly who you are is a little absurd. This makes the situation a little less believable and it can get extremely frustrating at times, especially on the highest difficulty.

The new ‘Contracts’ mode in Hitman: Absolution is sure to keep fans of the series satisfied for a long time. Featuring an asynchronous multiplayer system, players have the ability to replay most of the levels in the game and select up to three NPC’s to mark as targets. Once this is done, a certain set of conditions can be added for bonus points and an extra challenge, such as ‘Do not be spotted’ and ‘Only kill targets’. You must first clear the level yourself in order to upload your contract online and compete for the top score on the leaderboards.

This mode will undoubtedly appeal to die-hard Hitman fans as it adds a very healthy amount of game time and lengthens the core experience drastically.  Not much is added in terms of visual variety, though, as you are limited to using the preset environments of the single player levels.

In its own way, Absolution is a very pretty game. It utilizes a very grim, gritty color palette which fits into the mood of the game exceptionally well. There is also a lot of emphasis on lighting and reflection which does work most of the time, but in some cases can be a little too harsh. Crowded environments such as festivals and clubs look amazing thanks to the updated crowd mechanics Io have incorporated into the game. In addition, a lot of time has been put into motion-capture and cut scenes, and I can say with confidence that it was time well spent! Overall, I have to say that Absolution is a graphically unique experience on its own merit.

Io knew what they were doing when they brought back David Bateson for the fifth time in the Hitman series. He portrays the essence of agent 47 so perfectly, it would be hard for anyone to rival. (After all, agent 47 is modeled after Bateson…) The actual melodies of the soundtrack have been brilliantly composed by Thomas Bärtschi and fill you with a sense of dread and despair. I found the soundtrack to fit into the mood of the game brilliantly and even felt a few chills down my spine on multiple occasions.

Hitman: Absolution is exactly what fans have been waiting for. A game where careful planning and immaculate execution mean complete satisfaction. Absolution is also a great starting point for beginners as there are quite a few gameplay and accessibility options. On a general scope, it manages to do everything quite well (especially the gameplay) but overall, Absolution is just shy of what could have been an amazing title.