2013 has been a big year full of big releases. We’ve had the open-world Goliath that is Grand Theft Auto V. We’ve received The Last of Us from Sony’s wunderkind Naughty Dog. We’ll soon be graced with the presence of next-gen gaming from the titans Microsoft and Sony. And now, Nintendo has sent forth their king of handheld games – ladies and gentlemen, the next generation is here. The next Pokemon generation, of course.

Now in its sixth generation, you might think Pokemon is at risk of becoming stale, but Game Freak’s game of freaks stands stronger than ever thanks to the advancements it has made in this iteration. Not to say that everything has changed – you still play as a child adventuring through the land of Kalos, collecting Pokemon and challenging gym leaders. Its framework remains unchanged, probably because it has worked so well for around 15 years, but don’t expect a grand, deep story.

No longer do you have a rival who constantly stays ten steps ahead of you, berating you and undermining you, now you travel with four other friends, wandering through fields and forests together, occasionally challenging each other to battles of the Pokemon variety. The idea of friendship and togetherness is laid on pretty thickly – just in case you were a sociopath who didn’t know how to like people – but it does have its charm. I wouldn’t go as far as saying I’d want to hang out with these people, but I do at least like them on some level. Villains of the generation Team Flare may well be one of the weakest enemies so far, due to a lack of development and even presence.

But who goes to a Pokemon game for the story? You go for the adventure, and the critters who join you. There are 69 new Pokemon added in this generation, the fewest so far, but with 450 total Pokemon spread throughout the vast, France-inspired region, it means this generation’s Pokedex is the biggest yet. There’s a reason there are only 69 new Pokemon, and that is because of the brand new Mega Evolution mechanic. 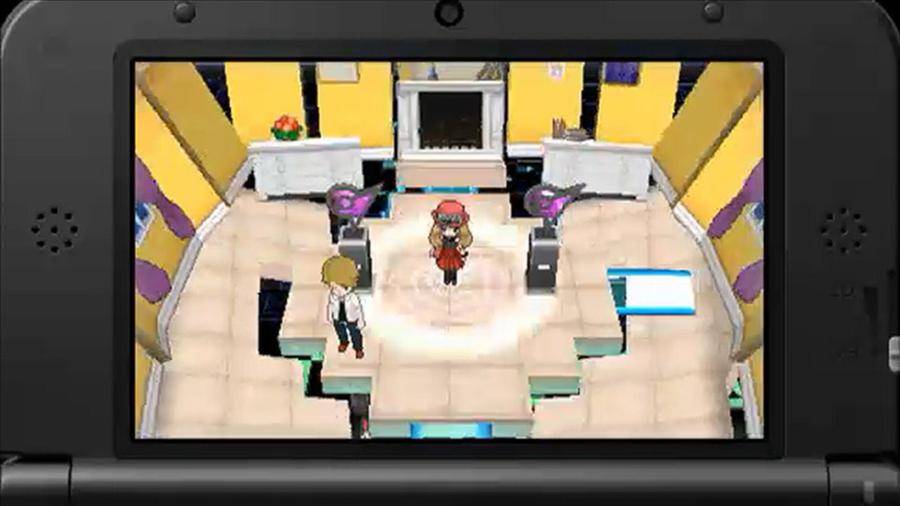 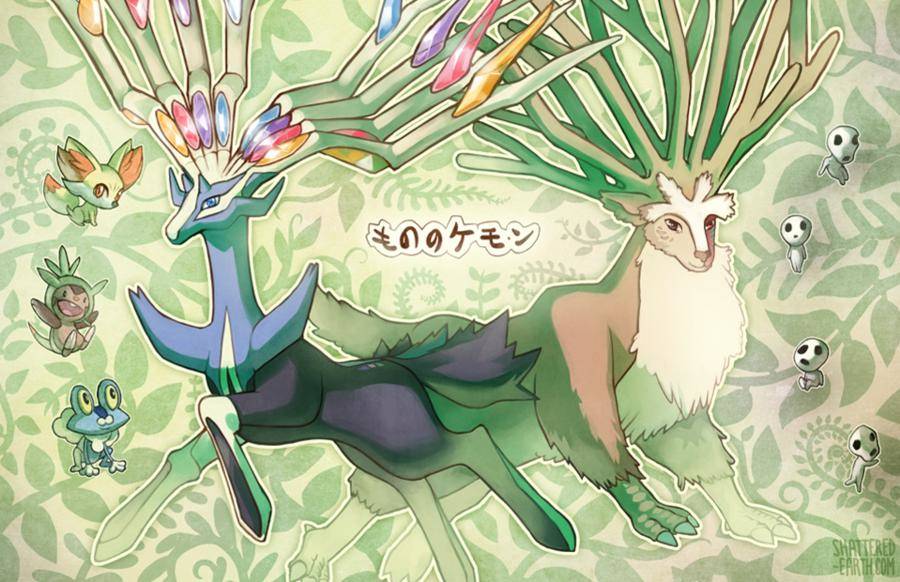 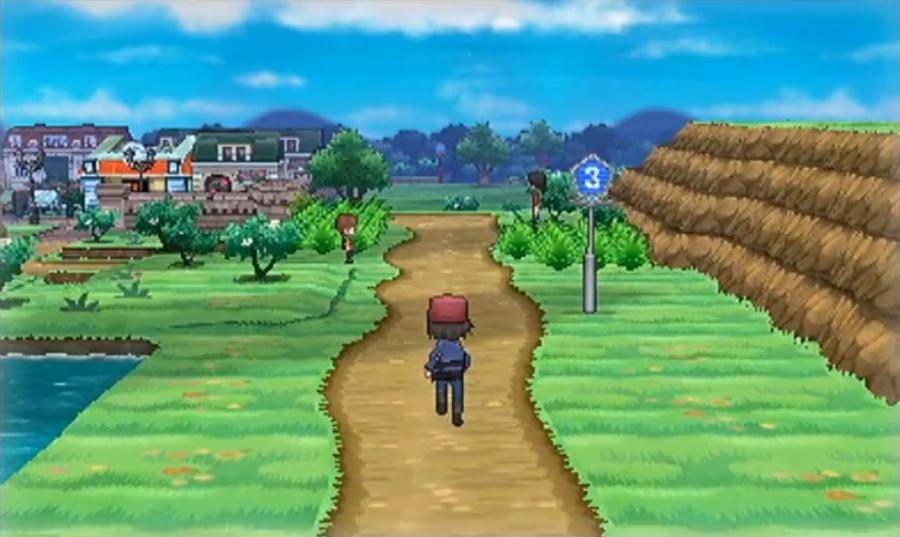 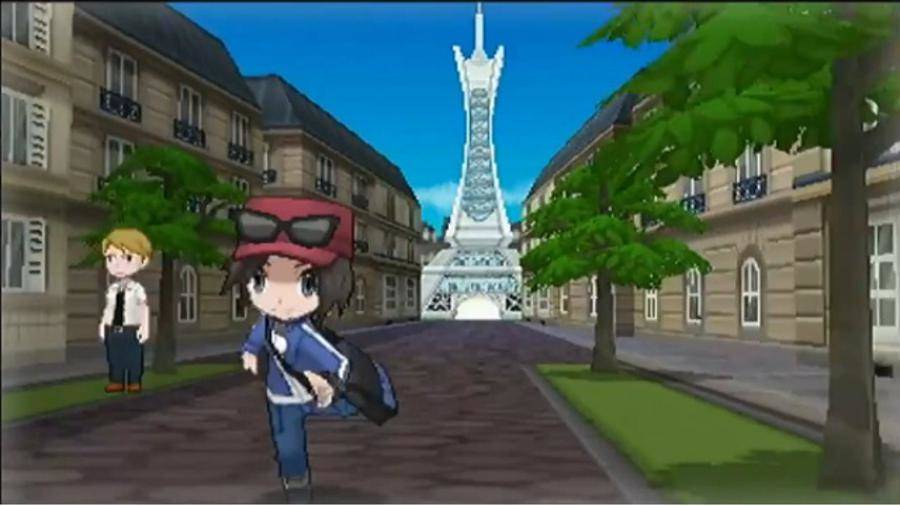 A few hours into the game you unlock the Mega Ring, along with the ability to Mega Evolve certain Pokemon into a new, you guessed it, Mega Form. It gives the Pokemon new looks, new stats, and sometimes, new typing (now Charizard can be an actual dragon thanks to Mega Evolution). It’s a nice new mechanic, but that’s really all it is – nice. It’s not needed; the game can easily be beaten without it and it’s also only available to 26 Pokemon. How successful this mechanic will actually be depends almost entirely on how it is used in the competitive battling scene. That’s just me though, bar it’s introduction, you are never forced to use the mechanic.

Despite one of its most touted features falling short, the general Pokemon experience is better than ever before. The leap to 3D has finally been made, now you can soak in the fully realised world and, better yet, the 3D battles. Another reason we only have 69 new Pokemon – each of the 718 Pokemon has been rendered in 3D, with a variety of different facial and attack animations.

The joy you feel when you first see two Pokemon duking it out makes you feel like a child again. No more static screens with two sprites facing each other and barely moving. If you thought the sprite animations of Black/White were impressive, then you might want to sit down for this. If you feel like it, turn the 3D on; it isn’t available in the overworld and causes significant framerate drops in battle, but the added dimension does look fantastic.

Game Freak have also added some new types of encounters to keep things fresh and interesting during your trek through caves and fields; you can now come face to face with a horde of five Pokemon, or maybe you’ll be challenged to a sky battle where only flying type or levitating Pokemon can compete. There’s even a daily challenge called an inverse battle, where type effectiveness is reversed, so your fire type moves will no longer be effective against grass for example. Despite not sounding like that big of a deal, it does keeps the feeling of staleness at bay.

If you’ve ever played a Pokemon game, you’ll probably know how attached you can become to those virtual creatures. It’s hard to explain to someone who has never experienced it, but there are times when one of your Pokemon will win you a battle, or defy the odds and take down a powerhouse in one hit and you’ll love that Pokemon for it. Now you can reward them in Pokemon-Amie, a Nintendogs style minigame, where you can pet them and feed them treats. No, don’t run away, it’s actually amazing. You can connect to your Pokemon on this strange new level, and it does actually serve a purpose. Raising your affection to a certain level will give your Pokemon certain benefits in battle, such as more experience, or even cooler, they might survive a killing blow. And the game tells you that they did it for you. All for you, because they love you that damn much. If that doesn’t bring a tear to your eye, I don’t know what will.

Significant advancement has been made in the online component of the game. The brand new Player Search System (PSS) makes battling, trading or just simply interacting so much easier, and on a global scale too. It also separates your friends from people you battled with once, to make for an easy system with a clean interface.

Like all the Pokemon games that came before, there is at least 20 hours worth of journey here for you, 40 if you really take your time to do everything, 80 if you want to collect all 450 of the regional Pokemon, and who knows how many more if you want to do every single thing. At no point did I stop and think this was all too familiar; the game looks new, feels new and is quite easily the best Pokemon game to date. Sure, the post-game is a bit light on things to do, which is no doubt done on purpose so their Pokemon Z Version can have something new, but it doesn’t stop this being the greatest Pokemon experience ever. Don’t “X” me “Y”, it just is. No, not funny? I’ll show myself out.