Goichi Suda (or Suda51, as he’s most commonly known) has to be one of the oddest developers in the industry. His games, like Killer7 and No More Heroes, are filled with unique ideas, subversive and absurd writing, and gameplay that isn’t exactly the easiest to grasp. Even when he takes a straight-forward approach there’s always a little something off, which is exactly the case with his contribution to Level-5’s Guild01 game compilation, Liberation Maiden.

Maiden, which has the player assume the role of New Tokyo’s flying mech-riding president as she blasts away terrorists, is a shoot ’em up with a slight twist. Instead of opting for a more traditional control scheme, all of the aiming and shooting is done with the 3DS’s touchscreen.

A complete hassle when the touchscreen decides to be unresponsive

The act of using the stylus to aim, which in turn moves the crosshair on the top screen, then lifting up to fire missiles, is fairly accurate. However, when the action picks up, it can be a complete hassle when the touchscreen decides to be unresponsive. This is especially an issue when having to press the upper-right corner to switch weapons, and when activating a super move that requires sliding the stylus rapidly in a circular motion.

Movement takes awhile to get used to, as well. Since the controls call for the 3DS to basically be held by one hand as the other pokes away at the screen, the early goings can be awkward, especially for left-handed players. 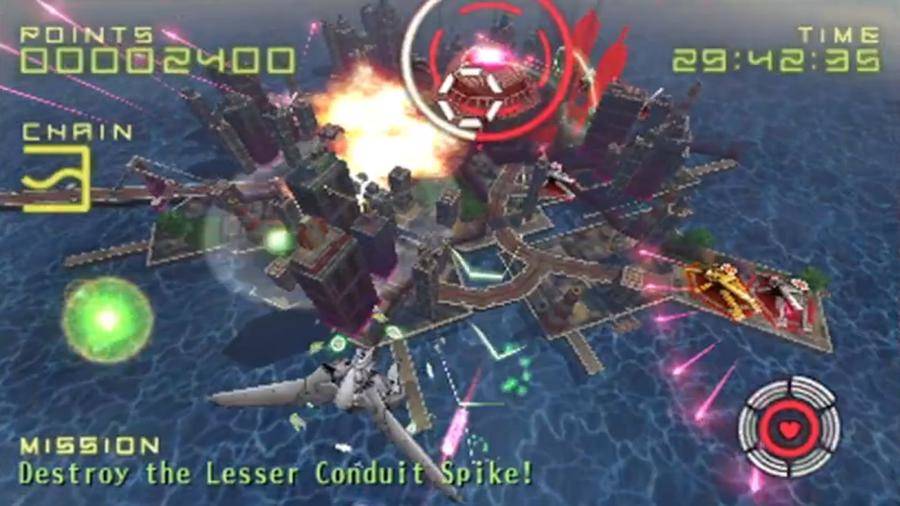 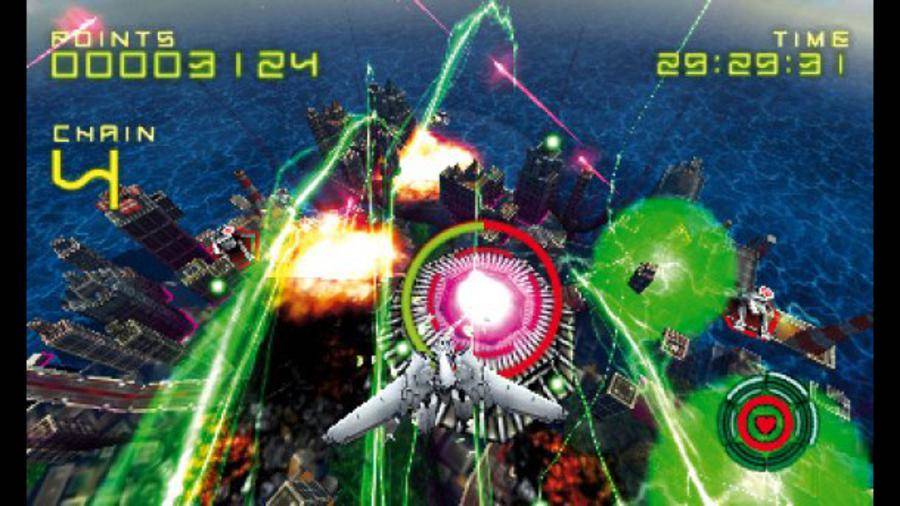 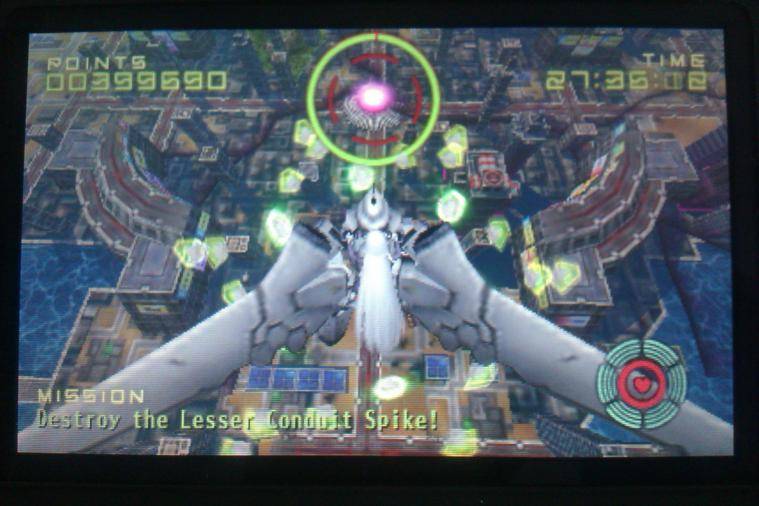 Despite this, it still can be fun flying around Japan, destroying enemy ships, dodging missiles, and obliterating each mission’s monstrous boss, which is usually a massive spike structure accompanied by hordes of other bad guys. Each level is built for speed, so they’re over quick, which makes the fact all of the stages play the same way not that big of a deal.

Pipe Down! Can’t You See I’m Trying To Blow Things Up?

Honestly, Maiden is probably at its worst when it tries to shake things up. Sometimes the game likes to toss in a sub-mission or two, but it’s never quite clear where to go on the map in order to accomplish them, so they’re quite easy to miss. Then there are the stealth sections, which really drag down the action and don’t belong in an arcade shooter.

Another unnecessary disruption is the constant chatter between the president and her First Secretary. There are too many moments when the game suddenly stops only to have him butt in and inform her about new objectives or give advice. Things like this are fine when combat is at a lull, but not in the middle of a firefight.

Maiden is probably one of Suda’s least memorable games, which is a shame since his creations are typically worth talking about even if they turn out to be awful. Other than a risky approach to controls, this is pretty much a standard shoot ’em up. It can be challenging at times, and is fun in short bursts, but the clumsy design and presentation make it serviceable at best.