Platform games are having something of a return to popularity, and it’s about time. While Mario and Sonic remained regular parts of the gaming community, the likes of Rayman disappeared completely for a while. Even Donkey Kong – one of Nintendo’s most recognisable characters- was resigned to guest appearances, mini-games, bongo playing and Super Smash Brothers.

That changed with Donkey Kong Country Returns on the Wii. Flash forward a few years, and Nintendo have decided to re-release it on the 3DS, but to what effect?

In Donkey Kong Country Returns 3D, we have here is a decent game that does everything it should, without ever really stretching itself.

In that regard, it’s hard to complain. If a title is on many levels really, really good, there can’t be much reason to run it down. Even if you feel it could have been better with extra content, new moves or locations, that it doesn’t suffer from the lack of those additions should say something for the base pack.

And it doesn’t suffer from the lack of those additions. There’s something here for everybody, including, most importantly, those that loved Donkey Kong Country back “in the day.” It’s a big of a nostalgia service – it almost felt like yesterday I was last riding that rhino or dying repeatedly from a mine cart – but the only people who complain about that sort of thing tend not to be fans.

And indeed, it’s pretty straight, in terms of platforming. While many titles today have some sort of gimmick – an art style or special move to make it stand out – Donkey Kong largely relies on fairly well designed levels, hidden objects to find and plenty of baddies to squish. On one level, this is fantastic. On another, it can come to feel slightly dry. We’ve seen all this before, for better or for worse. 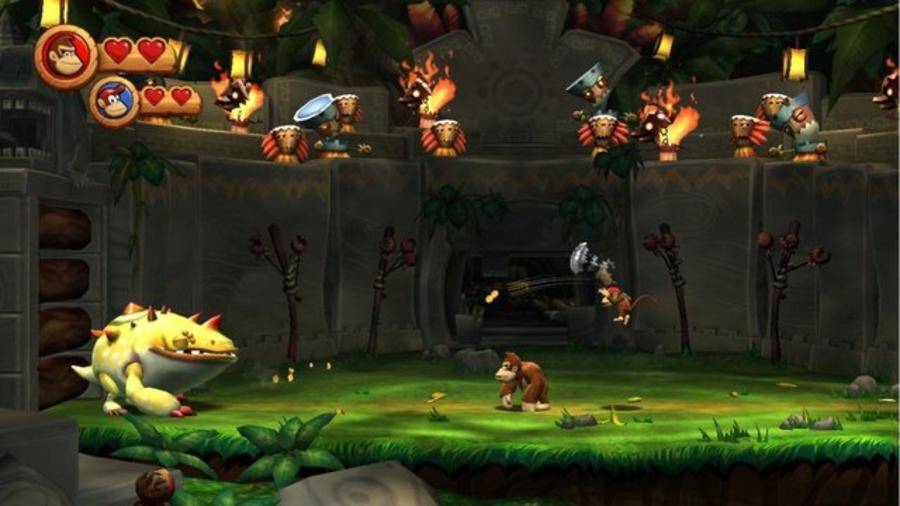 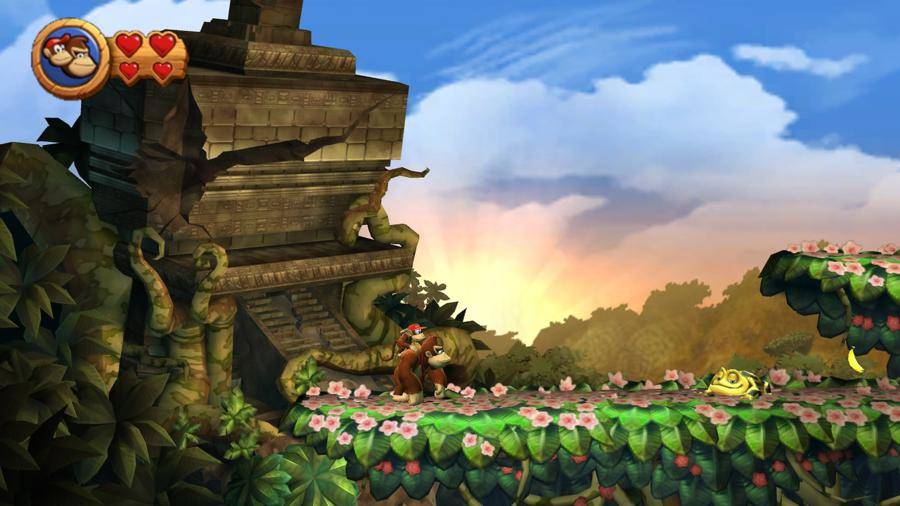 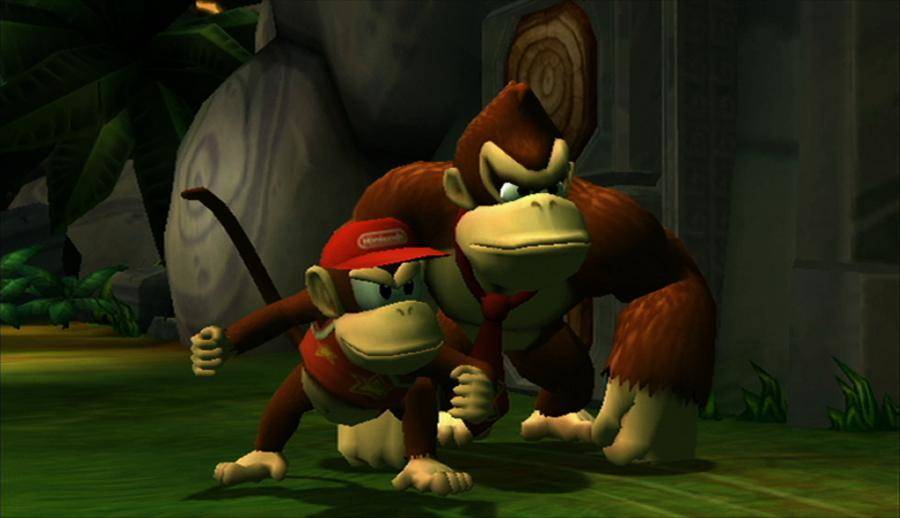 Controls are tight, although are a little strange to get used to. It seems a little backwards to what platform games might be used to, and adjusting will take more than a few levels. The basics are enough to get you through the bulk of what’s on offer, although you’ll need to master the controls to hit 100%.

This isn’t helped by occasionally inconsistent level design. It’s not unusual to come across a level that’s incredibly easy, and then very hard, then easy again. Even the boss fights can occasionally jump around in difficulty without any real rhyme or reason. It’s not something that will stand out to the point of frustration, but it is noticeable.

Haven’t Wii Been Here Before?

Donkey Kong Country Returns 3D is a Wii game. It doesn’t feel like a Wii game, but it is, and changes between versions are minimal. There’s a new mode that’s designed to make play more entertaining/easier in smaller increments, but that’s optional.

The new additions, although not game changing, are more than welcome and the 3D effect suits it rather well

It’s transferred very well. The animation is smooth and you never feel like you’d benefit from playing on a larger screen. Perhaps it’s from here that the odd combination of buttons is needed to do the simplest things – that they once were linked to waggle or to a smaller number of buttons – but even that isn’t a major complaint.

The frame rate, too, is impeccable, which is unfortunate, because it would have been nice to have something to blame my constant dying on.

The new additions, although not game changing, are more than welcome and the 3D effect suits it rather well.

All of this is used to create some very challenging moments, moments that are really rewarding when you manage to top them. As with all great games, it’s always your own fault when you die. Always.

If you have the Wii version of Donkey Kong Country Returns and don’t feel the need to play it again, there’s little reason to go out and buy this for your 3DS. Donkey Kong’s latest adventure is a port of his last adventure, and there’s no changing that with minor fixes or new modes.

However, everybody else interested in platform games should look it up. It doesn’t manage to have the charm or longevity of the more recent Rayman games, but it still delivers a solid experience, and an enjoyable one at that. If you remember playing Donkey Kong Country under the covers as a kid, you owe it to your younger self to check out Donkey Kong Country Returns 3D.