Ever since its first global release for the Nintendo Gamecube a decade ago, Animal Crossing has amassed a very large and devoted fanbase. Its Sims-meets-Harvest Moon real-time gameplay is notable for its charm, depth and accessibility. This fact alone easily makes Animal Crossing one of Nintendo’s most popular franchises.

Animal Crossing: New Leaf is the latest iteration of the series, this time finding its home on the 3DS. For many, this was a highly anticipated game, especially after it was revealed that the Japanese release last September was an instant hit, breaking sales records left and right.

Now New Leaf is finally available in the West. It features more content than any of the other previous installments, plus a new twist – instead of being a citizen, players are now the mayor of their town. Long-time fans will absolutely fall in love with this game, but the very slow beginning may turn away some, especially newcomers.

New Leaf begins on familiar grounds with the player on a train headed to start a new life in a small, forest village. During a conversation with a fellow passenger (a cat that’s probably a little too curious), players choose their character’s appearance, sex and even get to choose what their village looks like (one of the many new features) by answering a few questions. Then, the train arrives and the character is greeted by the villagers and informed, much to their surprise, that they’re the new mayor. 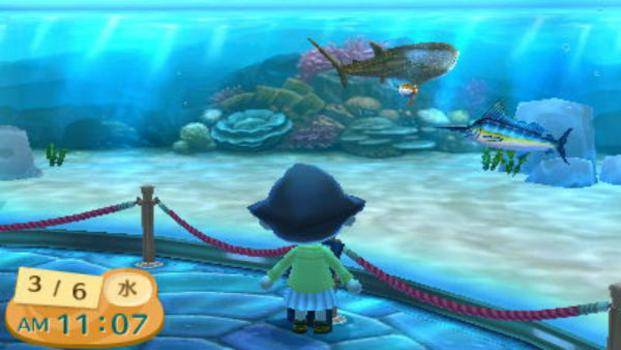 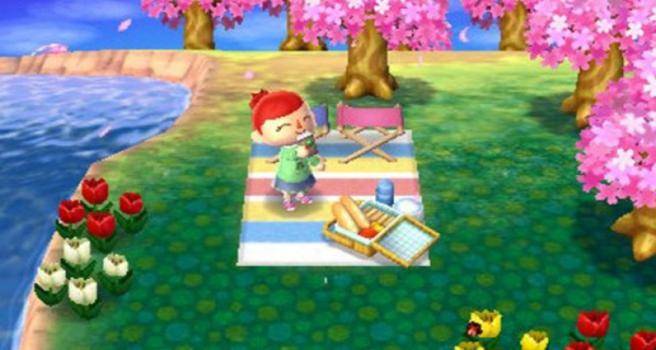 One would think that the mayor would be welcomed in a hospitable fashion, and would be able to get to work right away making their new town bountiful and its citizens happy. Of course, this isn’t the case, thanks to the mayor’s bumbling, neurotic secretary Isabelle and everyone’s favorite passive-aggressive raccoon, Tom Nook.

Nook is a staple character in the Animal Crossing games, serving as an inept mortgage lender that tends to screw up the player’s housing situation right from the start. It’s the same in New Leaf, but worse – the mayor doesn’t even have a house built yet, and must spend the first day (or longer) in a tent. At least the option is given to decide where the house will be built, but still this is a bit ridiculous, though mildly amusing.

Unfortunately, this buffoonery at the game’s onset is where New Leaf’s biggest flaws occur. It’s a trudge in the early goings, made even worse due to the fact the game is played in real-time. If one is diligent and resourceful, they can get into the core of the game in four (real) days, but there’s a lot to be done – and a lot of waiting – before that happens.

Working for the Weekend

The main goal of the game is to build the town and boost its overall rating by performing mayoral duties. However, before this can even be started there are a few initial steps to tackle first: raising the mayor’s approval rating; running errands for villagers; changing the town flag and song; and paying off Nook for the home loans. These are relatively simple tasks, and Nook’s first loan is cheap enough that it can be payed off on the first day, but most of them require some luck and a lot of patience.

In order to really make some money the right tools are needed. If lucky, Nookling General Stores will have a fishing pole and/or bug net day one. With one or both of these items, it’s easy to save some money for those housing extensions by selling bugs and fish to the flea market.

Helping out the villagers is also relatively painless, though sometimes they ask for items that are difficult to find, like rare bugs, or make vague demands that can be hard to determine, such as asking for a new piece of furniture but not describing exactly what they want. It’s important to bow to their whims, however – getting that 100 percent approval rating must happen before any of New Leaf’s surprises can occur.

After meeting the approval of the townsfolk, two housing expansions and a moderate amount of grinding, the game finally starts to get interesting. By this time, three or four days have passed, probably longer. Now it’s possible to pass initiatives as the mayor, start Public Works projects to bring in new buildings and activities and visit the Tropical Island.

It should be noted that impatient players can just set the game clock forward instead of waiting until the next day for their house, or whatever else they’re waiting on, to be finished. I time-traveled for the sake of the review, but there are some drawbacks (villagers forget who the player is, cockroaches infest the house, etc.), and, truly, the Animal Crossing games are not designed to be played in this manner. That being said, New Leaf takes longer than most of them to get started, which is rather unfortunate.

New Leaf really opens up after the initial slog, and everything new this latest version has to offer starts becoming available at a faster clip. There’s a lot more content this time around, with the Tropical Island probably the best place to explore thanks to some of the changes made. Various tours are available to go on, which include competitions like bug catching, and it’s even possible to scuba dive.

There’s a bounty of interactive treats on the mainland, as well, such as a coffee shop that the mayor is able to work at, a dance club featuring long-time Animal Crossing character K.K. Slider as D.J., more weekly events and new stores. There’s even more bugs, fish, furniture and clothing to find, making the game more of a collectathon than ever.

The multiplayer component is one of the big draws to New Leaf, and playing with friends is probably the best way to spend the time during the dull first few days. Going to other towns, and letting people visit, online is a great way to get key items quicker by trading with friends or shopping at their stores. Not only that, but the Island activities are more enjoyable when playing with others.

New Leaf does outshine most of its predecessors in some respects, including the graphics department. All of the characters are more lively, the town is as vibrant and lush as ever, and the water effects for ocean, ponds and rivers provide fluid, beautiful motion. The 3D element adds to the visual delights, and effectively turns the game into an animated pop-up book. All of this coupled with a jazzy, lighthearted soundtrack, and New Leaf makes for one charming, and very Nintendo, experience.

Despite the poor beginning, New Leaf is one of the better games in the series. It’s a fun-filled, engaging adventure open to gamers of all kinds. Much about the game is more of the same and feels all too familiar, which is to be expected albeit kind of a letdown, but most of the new content and the solid social experience keep it just fresh enough to remain appealing.