It’s not unusual for a fan of video games to believe the industry is going wrong somehow. Through the use of DLC and the like, they feel the industry is losing what is most important to it: the games. With the likes of Game Dev Story giving these same fans the opportunity to do things differently, a new subset of the “Tycoon” genre has been born. Publisher Dream, a new title recently released for DSi and 3DS (via DSiWare), is one of those games, but how effective is it in allowing you to make your publisher dreams come true?

There are things about Publisher Dream that work very, very well. The interface is largely very simple to understand, things progress nicely, there’s less to worry about than in, say, Game Dev Story, and as a Tycoon game for beginners who don’t want to spend too much to find out if they like the genre, I can’t recommend it more highly.

There are also things that seem like massive oversights. Even as a seasoned games writer, I found some of the abbreviations for genres just impossible to work out, and you’ll end up with a hit on your hand that you know absolutely nothing about (except that it makes money). In fact, this lack of connection with your studio is perhaps the biggest problem in Publisher Dream. You can’t name the games you’re creating, instead names for how many games you’ve made in a given genre (FTG #07, RPG #03). Asides from that, you control who works on your game, how big the game is going to be and how much publicity you want to give it, and that’s it. 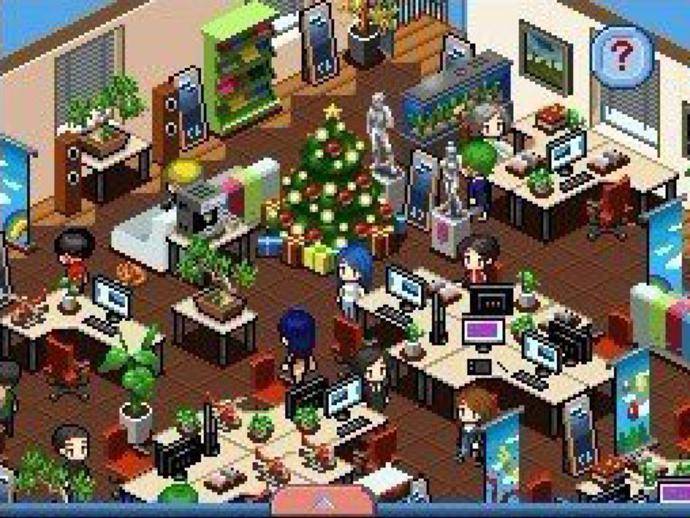 In a Tycoon game – a genre built around a personal connection with your business and the virtual customers who buy your products – a lack of control over what you’re making seems like an odd omission. Instead, the focus of the game is on balancing your cheque book, releasing a constant slew of games (and releasing at a price that covers development cost), getting better at certain genres and evenly levelling up your staff. The problem is that most of this can be done on automatic, especially as you progress through the game and as you get enough money to not have to worry about your expenses.

There are other things to do. You can buy decorations that will increase certain parts of your staff’s workload and even the background music you choose will have an effect on what happens in your publishing house, but for the most part your role as CEO will be very hands-off. This isn’t a great thing, but it’s by no means as bad as it sounds. You’re not having to make every little decision, you’re not having to stress over hundreds of different graphs and charts. For a beginner, especially somebody who struggled with the responsibilities within Game Dev Story, Publisher Dream makes things much easier.

You’ll need to play Publisher Dream well in excess of its £1.79 value before you begin to get bored of it, or before the lack of customization and constant spelling mistakes force you to switch it off. It’s the sort of game that you buy on a whim and enjoy it in a few sittings before trading it for some other, similarly priced game. For what it is, that’s fine, although at the same time you’ll be quietly compiling a list of things it might have done better. The bad news for the folks at Circle is that there are already games out there that manage to do exactly these things, and aside from availability on the 3DS, there’s no real reason to pick this over those.

The graphical style is nice enough, with fine animation and charming design. It’s not a million miles away from similar games, but it works well enough regardless. As your office gets bigger and as you buy more and more items, they’ll be added to the things you can see on screen, and even with dozens of employees things look smooth and neat. 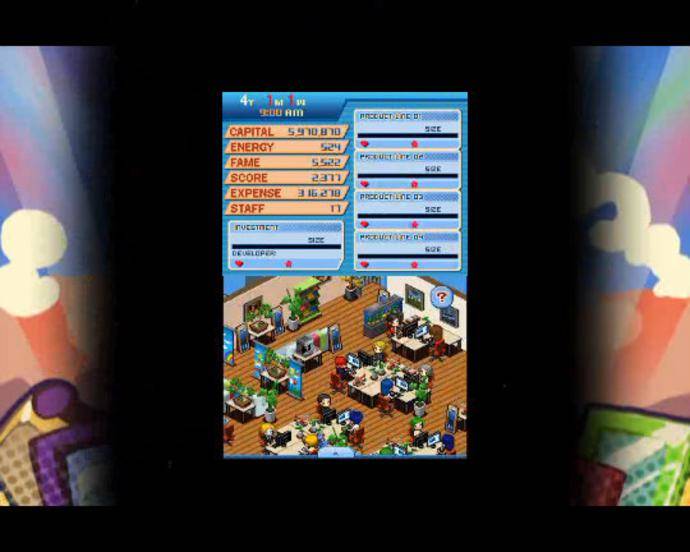 The audio is less enjoyable. As a gameplay mechanic, it’s quite clever to have the BGM influence the way your employees work, but that means you’ll probably end up sticking to whichever song bests matches your play style and that means you’ll hear the same thing over and over. This is made worse by the fact that a lot of the music is quite clashy, discordant even, and not very pleasant to the ear.

For the price of a cup of coffee, Publisher Dream may just be the game development sim you’ve been waiting for. This is especially true if you play a lot of games on your 3DS or DSi, or if you don’t have access to mobile games in a similar vein. There will be issues that bug you and trying to get into the whole thing whilst pretending there’s some actual difference between Sim #01 and Sim #02 – outside of an algorithm in the game’s code that decides how much money you made off a title – will probably be the final nail in the coffin, but by that point, I can’t imagine you could argue the value of your purchase.