Being in media, it is my job to know what’s going on with Nintendo. So obviously, I felt a little out-of-the-loop when a review code for Fossil Fighters: Frontiers for 3DS come across my desk. Fossil Fighters, announced for a North American release at E3 2014, is one of those tricky games to review, if only because it’s not meant for adults. Fortunately, I had a younger opinion on this title who would recommend it for any dino-loving kids. 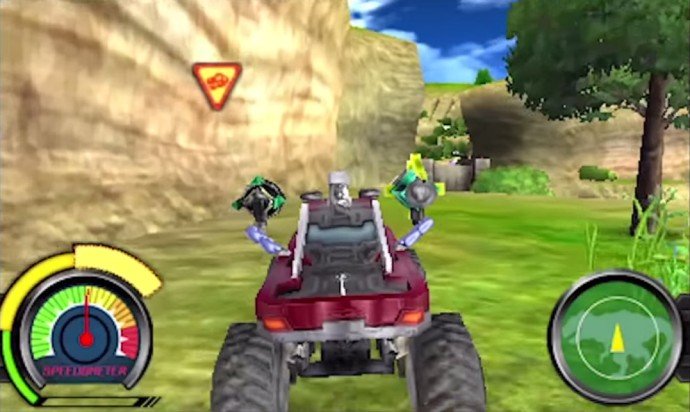 Frontiers is another chapter in the Fossil Fighters franchise; although a lot has not changed over the years, the developers decided to add something extra to this title: the ability to drive around the map in trucks. This is good since the world in Fossil Fighters would be a bit big to traverse on foot. Although it doesn’t have the expansiveness of Pokemon, nor the variety, there is still something here to love for younger gamers.

The goal of Fossil Fighters is a lot like Pokemon, except that you are using dinosaurs like creatures called Vivosaur’s. You travel out from the main dig site hub and use the tools on your vehicle to seek out fossils that need unearthing. Each fossil requires players to play a fun, although eventually repetitive, mini game where they choose between a number of tools in hopes of unearthing enough of the fossil to pass the ‘level.’ At first this was tricky, but as I did more and more of them, it became increasingly easier. 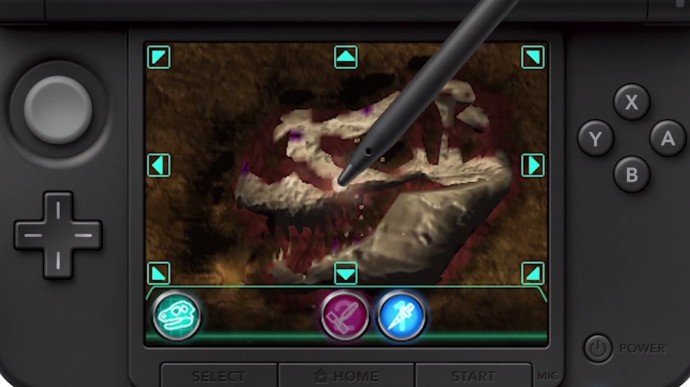 Each fossil yields a new Vivosaur for players to battle with locally, online, or within the game against other roaming dinosaurs. Each head players excavate produces another Vivosaur, with each additional body part increasing the fighters stats and skills. Battles play out a lot like Pokemon, where Vivosaurs take turns using certain attacks that have varied strengths.

Graphically, this title doesn’t hold up to similar titles, and doesn’t even come close to the new Pokemon titles. However, it is adequate. The audio is neither outstanding nor poor, it is just kinda there. I would never recommend this game to an adult, and was prepared to score it pretty low. But then a much younger individual got a hold of it, and here is what he thought:

On the graphics: I wish the dinosaurs looked a bit better. They don’t look like real dinosaurs that I have seen in books or in shows.

On driving the vehicle: I love it! Sometimes I just race around trying to find dinosaurs to fight. It is a lot better driving because it is slow walking when I’m at the main dig site.

On recommending this to others: It’s really fun. If you like dinosaurs and collecting things, then you will have fun. Sometimes the fossil mini games are hard to finish, but it is still fun to find all the different dinosaur pieces.

For adults, there is almost no reason to go pick up Fossil Fighters Frontiers since there really is no lasting value or appeal. However, children with a love of dinosaurs would absolutely love this title!

For more on Fossil Fighters: Frontier, check out the official Nintendo page here.

Can my younger kids play Fossil Fighters: Frontier Despite the 10+ ESRB rating?

Kids younger then 10 shouldn’t have problems playing Fossil Fighters. The battles are never overly gruesome, and are generally pretty tame with some small animations used to show attacks. I would be more worried that younger kids would have problems completing some of the fossil dig mini games.