Different Levels of Caring: Xbox and Sony vs Nintendo 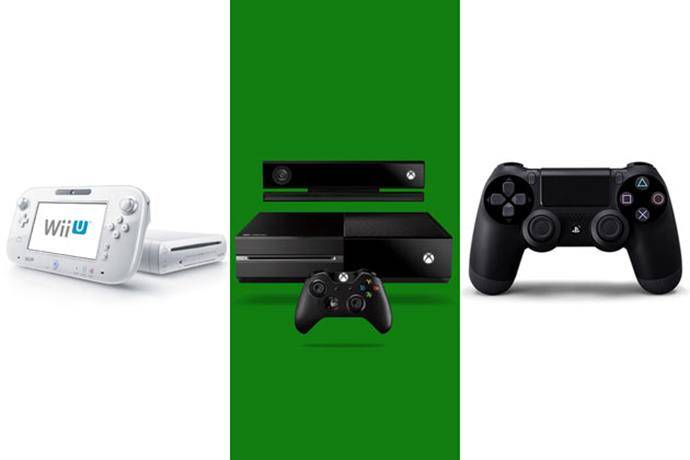 The current generation is made up of three consoles, with each console doing its best to steal sales and finish number one month after month. Different levels of ‘trying’ are required. Sony and the PS4 are getting sales regardless of what they do; many of Sony’s new following have been swayed by statements (not always necessarily true) made about its number one competitor, Microsoft’s Xbox One. Microsoft has more work to do than Sony, although almost completely abandoning Kinect has done wonders for their sales numbers. With a number of high profile releases coming up, Microsoft will be doing just fine come Holiday 2014. Nintendo, on the other hand, lags behind the competition, despite offering quality titles and recently working hard to market their products.

Sony and Microsoft reward their fans through Playstation Plus and Xbox Live Gold, but both programs require an entrance fee. The exclusive deals are great, but I cannot help but feel that it’s just the value I’m getting for my 50-60 dollars, rather than any sort of fan service. And why should we blame them? Sony and Microsoft don’t need to market like Nintendo does, simply because they don’t have to. Would an increase in fan service be nice? Of course, but while these two continue to hold a a sizeable lead in the console sales race, there is nothing forcing them to make you as a consumer and fan feel more loved.

That leaves Nintendo. The Wii U lags behind its competitor in every way except perhaps in the quality of games. Whether you own a Wii U or not, there is no denying the quality Nintendo brings to the table when it comes to their software. However, Nintendo has a steep uphill climb ahead of them, and they know it.

I’m not here to argue that Microsoft and Sony don’t care, or that they aren’t trying. Nintendo is just trying harder. Although I’ve never been able to create media connections with Sony or Microsoft, getting a connection with Nintendo here in Canada was very easy. I would chalk it up as Nintendo needing any press possible, but GamesReviews own Mat Growcott can’t vouch for the same level of ease with Nintendo of Europe. What my relationship with Nintendo has shown me, however, is their determination to not quit, and to provide the best experiences possible for their fans.

This isn’t just limited to software. On a consistent basis, Nintendo is hosting events nationwide which not only promotes their games, but also rewards fans who make the trek to participate in these events. Yes, when it comes to fan awareness, Nintendo is hardly at the top of the pile; number one in my mind is demos with play limits! However, Nintendo consistently rewards fans in other ways. Although Club Nintendo is one way – albeit, the Xbox Rewards Program is very similar, rewarding playtime with actual money rather than exclusive gifts – I’m more referring to their interaction with fans at festival and special Nintendo specific events.

Since May of this year, Nintendo have done the following here in Canada, with similar events in other counties: 2DS booths across the country at festivals, Mario Kart launch day parties at Go Kart tracks in Toronto, a Super Smash 3DS event that visits Toronto, Montreal and Vancouver beginning in mid October, numerous special media events, and much more. Microsoft and Sony have little interactions with fans in this way, opting for digital rewards and social media interactions instead of legitimate face-to-face communication.

Regardless of where Nintendo finds itself within the current market, their latest marketing push is a breath of fresh air that this industry desperately needs. In a world of online-only multiplayer where we spend more time communicating via headsets than actually speaking with our friends, Nintendo marketing approach is definitely a breath of fresh air. Yes, I fully understand that Nintendo needs this kind of press. However, one can only hope that these type of interactions continue, regardless of where Nintendo sits among the big three.