Microsoft Explain why Achievements are better on Xbox One 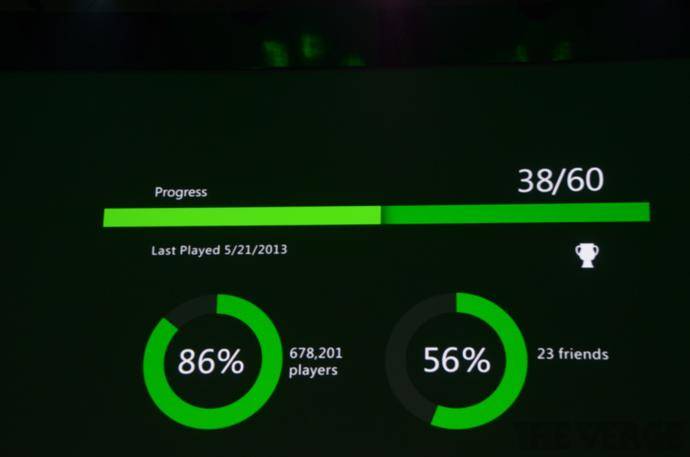 We’ve all seen the new improvements made to the Xbox One achievement system, but what about if you want to play a cross-gen game on Xbox 360? What incentive do you have to pick up, say, Watch Dogs on Xbox One instead of Xbox 360?

The answer, put simply, is that with the Xbox One you’re getting a much deeper, richer achievement hunting experience. On an “Ask Microsoft Anything” question with IGN, Marc Whitten explained the situation:

Every game has its own set of achievements, so if you’re playing Call of Duty: Ghosts on Xbox 360 and on Xbox One, you can earn a separate set of Gamerscore in each game. But on the Xbox One version, you’re getting a much richer set of features, such as seeing your achievements progress on the Xbox One console, being able to unlock new achievements throughout the year, and earning real prizes inside and outside of the game. Xbox One also enables a new concept of challenges, where games will be offering special time-based opportunities to earn various goals and collect the rewards.

Achievements have become a big part of gaming culture since they leapt to popularity after being included with the Xbox 360 console, and it’s interesting to see Microsoft continue to push the idea. Hopefully developers make full use of it all (unlike Avatar rewards) and achievements add even more to the experience of a game.