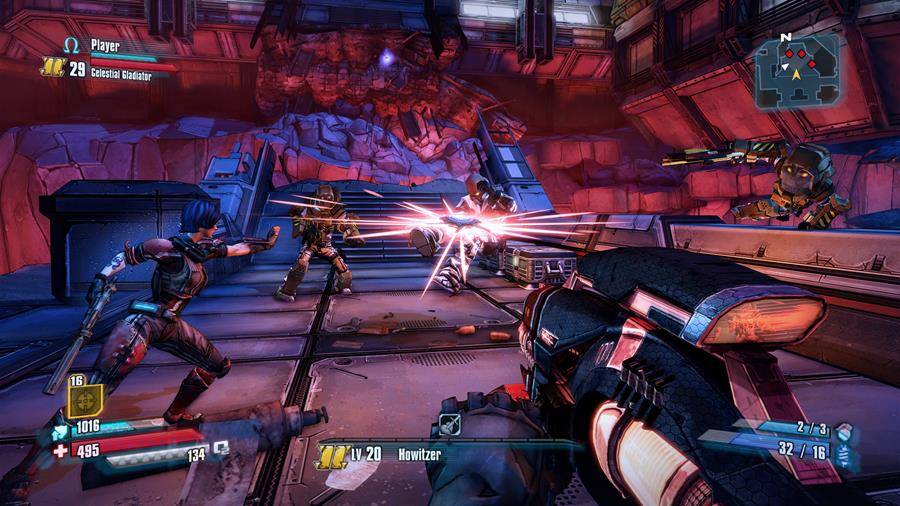 Borderlands 2 and Borderlands: The Pre-sequel will be coming to PlayStation 4 and Xbox One in a special remastered 1080p package.

The Handsome Collection will contain both games in full, along with all the DLC released for each.

While the games will be largely similar to their original release in content, there will be some changes. Most notably, four players will be able to play both games together on one screen.

Whether PlayStation 4 player will be able to earn trophies simultaneously – a feature sparingly used by developers for the system – has yet to be confirmed.

Cross-save functionality will also be included, allowing Xbox 360 users to transport their saves to Xbox One, and PS3 users to send their previous work across to PS4. Cross-platform transfers will not be possible.

A limited edition collection will include a $400 remote control Claptrap, perfect for scaring off dates and spending your extra cash on.

The Handsome Collection will be release on March 27.

From Gearbox’s Andrew Goldfarb, posting to the PlayStation Blog:

Today we have some good news for all of you: not only are we bringing The Pre-Sequel to PS4 on 27th March, but Borderlands 2 is coming along with it! Both titles will be available in one package as Borderlands: The Handsome Collection.

The Handsome Collection has both games running in gorgeous HD and looking pretty damn great, at a resolution and performance level never before seen in Borderlands on consoles.