The combination of endless runner and driving game seems like a natural fit: put someone behind the wheel, and throw them into some gravel-flavored mayhem, upgrading cars and purchasing new rides along the way. It seems so simple: but as Muscle Run proves, a great idea does not a great game make. Despite a few interesting features and an intriguing gameplay design, Muscle Run never quite fills its potential; a fun, but short-lasting mobile experience.

Just get in and drive, man!

Muscle Run is played one of two ways: in open ‘free ride’ mode, or ‘story’ mode. They’re pretty self-explanatory: free ride lets players run until they’ve accumulated too much damage on their car, and story mode features a series of levels with set objectives players need to complete to pass (like drive 2.5 miles without hitting another car, or drive 4 miles in 80 seconds, those kinds of things) to progress – and free rides end when too much damaged is amassed, something that pops up on the game’s crisp HUD every now and then… at least I think that’s what it is; the game’s lack of tutorial or explanation for anything leaves a lot to be desired. Nonetheless, each mode earns cash for completing objectives and on-the-asphalt performance, which are then used to upgrade the performance of a car, or be used towards a purchase of another one.

The foundation of the game is solid: with colorful HD visuals (with night and day cycles), well-detailed car models, and a great sense of speed on the track, Muscle Run definitely has moments where players experience the kind of adrenaline-fueled thrills behind the wheel that the game aims for. They just don’t last long, buried under snail-like progression, clumsy controls, and some disappointing car physics.

The latter two complaints go hand in hand: players control their cars with a variety of touch or tilt-based control schemes, some which feature auto-acceleration and braking, and some that don’t. They’re all pretty traditional control schemes: and none of them work particularly well, cars feeling like they are trying to turn in a vat of molasses (the game’s first big update helped this somewhat, but it’s still not perfect).

This leads to a lot of collisions with pedestrian cars on the procedurally-produced road: 90% of the time, rear-ending a car will cause the car you hit to stick to your bumper, turning sideways and eventually halting all progress whatsoever. Yes, loss of momentum and physical damage to the car are to be expected: but the former only happens because of wonky car physics, and the latter doesn’t exist at all. 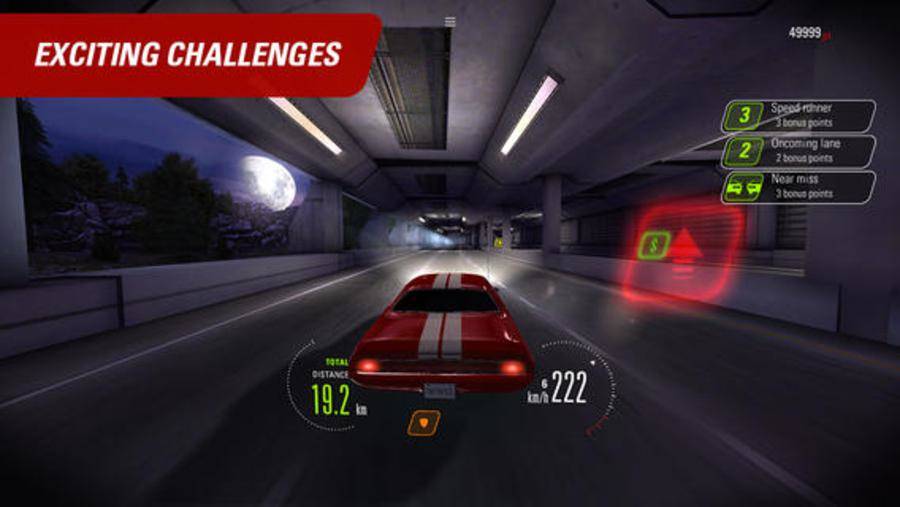 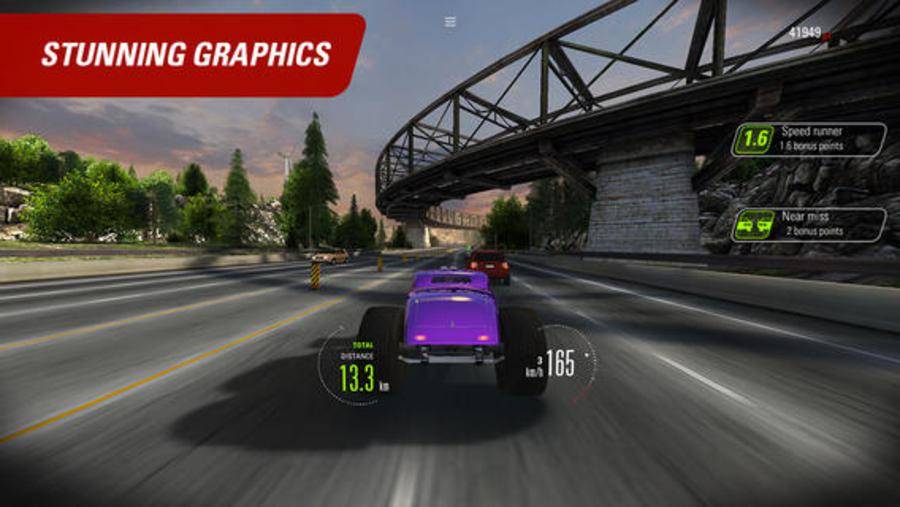 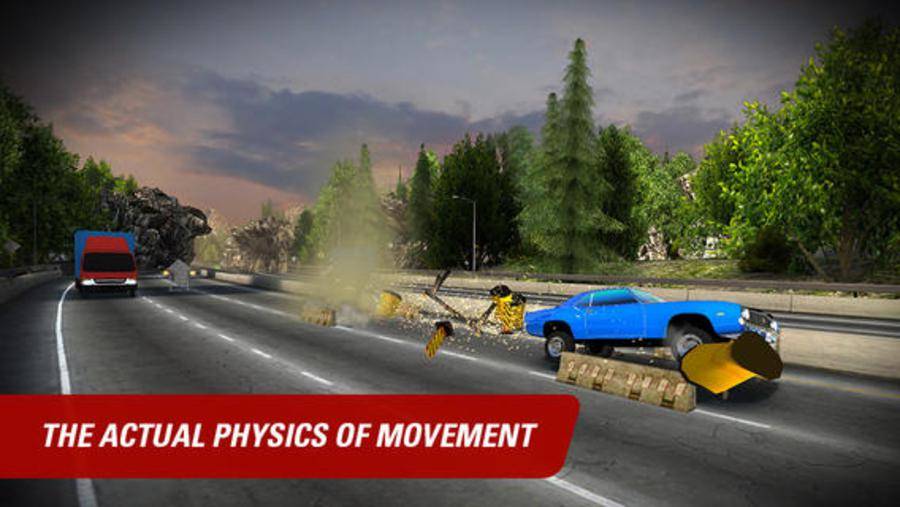 It’s this kind of oversight on basic features that leave Muscle Run feeling undercooked, a feeling that’s harder to ignore by the complete lack of a tutorial or explanation of what power-ups are. They can be picked up on the track (one has an oil symbol, for example) but there’s no visible effect on gameplay whenever these are picked up (save for the screen going white when picking up the yellow powerup; why that happens and what it means, I have no idea).

The Road to Unfulfilled Dream

In the end, Muscle Run is like many other ambitious App Store games: the ideas are there, but poor execution of said ideas leave the game feeling like it wasn’t quite finished before it was released – and on top of that, the slow progression (thanks to high cost of microscopic upgrades, and the price of buying a new car), will unfortunately see many players abandon the title before they complete the story and max out the best vehicle. Wonderwood’s already released a couple updates to help balance things a bit, but it’s still not capturing the pseudo-hybrid of arcade and simulation racing the game is aiming for.