There’s a reason that Plants Vs Zombies 2 has the subtitle “It’s About Time.” It’s become a global phenomenon, encompassing multiple platforms, books, figurines, plushies and more. That all of this has comes from a single game is remarkable, especially since it’s not especially long, nor does it have some great RPG-like depth to it. It’s just simple good fun.

And that’s the first thing you’ll say about its sequel, Plants Vs Zombies 2. It’s a lot of good fun.

Crazy Dave has had the best taco ever. He wants another, but not just any old taco – he wants exactly the same taco he just had. Naturally the best bet is for him to travel back in time so that he can eat it again.

Except the calculations are slightly off and he and his time machine, as well as his neighbour (you), end up in ancient Egypt. This is just part one in your quest to get back to the future (sorry) and back to that fantastic taco. 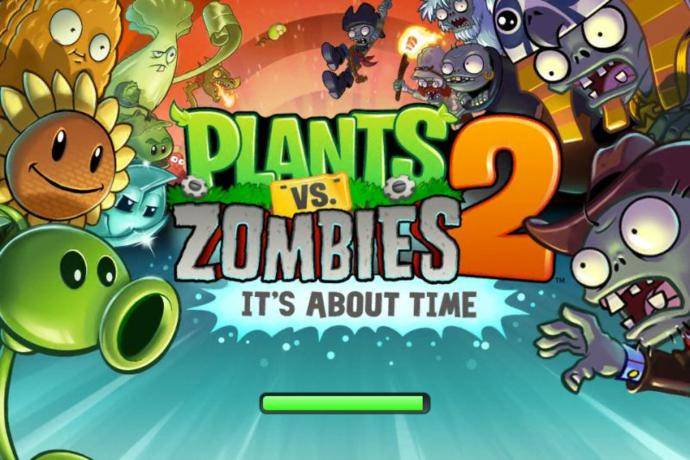 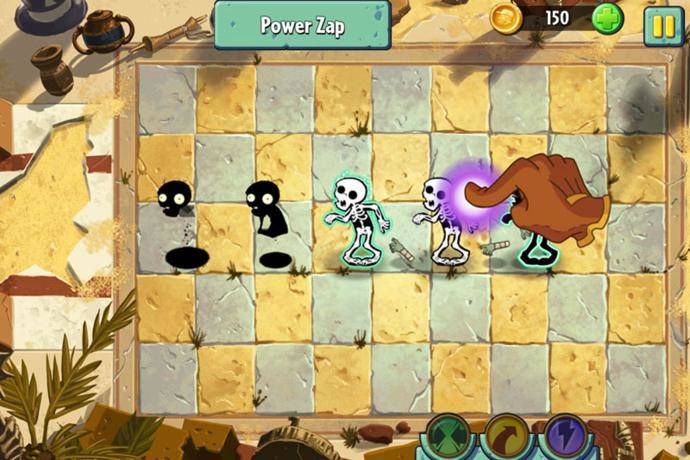 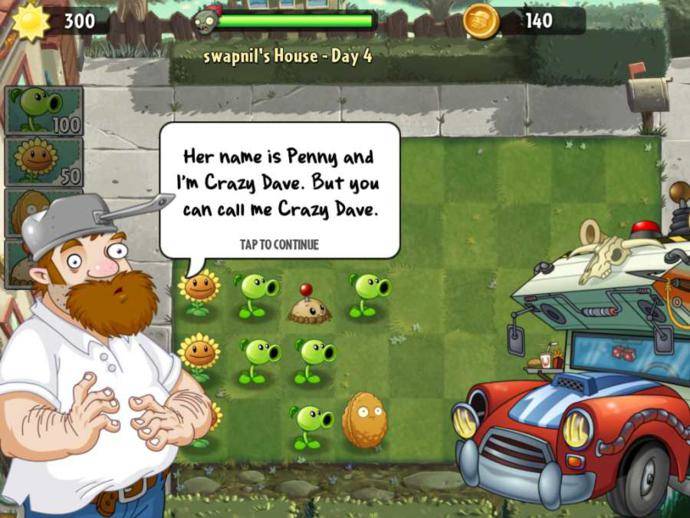 Dealing with quantum thingamies is never a simple affair, but things are made worse because there are zombies EVERYWHERE. That’s not something that ever makes it into the history books. Luckily, you have your trust seeds with you, and you’ll be able to fight your way through the zombies and make it back to 2009.

Plants Vs Zombies 2 isn’t really all that different from the original Plants Vs Zombies. Five lanes, a variety of different plants (including a couple of newbies), zombies attack, the plants break them apart as they lumber towards you. The absolute core gameplay hasn’t even really been built upon and those that love Plants Vs Zombies will be right at home.

It’s not all the same stuff in a different garden though. New varieties of zombies force you to think in different ways, while plant food turns your plants into super powered versions of themselves for just a few seconds. Plant food can be picked up after defeating glowing enemies and is actually in pretty constant supply for a feature that can be bought with in-game currency.

Crazy Dave has had the best taco ever. He wants another. Naturally the best bet is for him to travel back in time.

There are some touch-specific powers as well, allowing you to pinch, flick or electrocute enemy zombies (for when things get a little too tough). These are a little hit and miss, especially in the case of the pinch which doesn’t always connect the way it should.

That’s pretty much the only touch control problem I’ve come across. There are times where it’s far too easy to plant something in the wrong place with an errant touch or tap, but that’s something that stops happening as much as you play more and get used to the sensitivity.

The whole of Plants Vs Zombies 2 is something that feels very casual, very easy, but is actually very tight. From the simplest of things to the most complicated of levels, the developers have been very strict with the quality and it shows. Considering just how long you’ll be playing, this can only be a good thing.

The Quest for the Really Nice Taco

Your adventure will take you across multiple time periods, each with their own specific design and zombies. Although there are zombies that share traits – the bucket zombie or just the basic generic walker – they always look completely different.

The art design is actually very good throughout, perhaps a little bit better than the original Plants Vs Zombies (especially in terms of animation) but with much, much more variety. This is most obvious as you more from time frame to time frame.

To do that you’ll need to get through a lot of levels. You’ll unlock a map fairly early in the game, and from this map you select levels. There are a lot of them, including bonus levels, in which there’s some fun little twist on the basic mechanics. For a free-to-play mobile game, the amount of content on offer is ridiculous.

If you have an iOS device, this is a game that deserves to be on it.

And it truly is free-to-play. You’ll get coins as you kill zombies, and for completing levels without the zombies getting past your plant brigade, and these can be used to buy plant food and power ups. Plant food really is so common that you wouldn’t dream of buying it, and the power ups are definitely optional. By the time you get to a point where you need to use them, you’ll have enough coins saved up that they might as well be free.

There are plants that you can buy or unlock early, but they’re optional to the experience and I see them more as DLC, as a thank you to the developers, than as key content behind a pay wall. It’s nice to play an iOS game where the IAPs really are a bonus, rather than a necessity.

All of this is tied together with a pretty amazing score. A lot of what you’ll hear is either directly from the first game or a slightly remixed version of something from the first game, but the new stuff stands alongside it nicely and you won’t want to turn it off.

Actually, that’s probably a fair statement for the game as a whole.

Plants Vs Zombies 2, in many ways, is exactly the same as the original, but it’s bigger. In the same way that Assassin’s Creed 2 built on its predecessor or that Vice City added a new depth to Grand Theft Auto III, Plants Vs Zombies 2 takes the popular puzzle/tower defence favourite to a brand new and exciting level beyond anything I think anybody might expect.

If you have an iOS device, this is a game that deserves to be on it.