Le Vamp is another in a seemingly endless run of endless runner games on the App Store. Where many games put you in direct control of a character who has to run, jump, and/or fight for as long as possible, Le Vamp has you acting as the tiny vampire’s protector, removing obstacles from his path as he runs from a crowd of angry villagers.

Like most all endless runner games, your goal in Le Vamp is merely to survive for as long as possible. You do this by tossing pigs into the mouth of the little vampire (to keep him moving quickly away from the villagers chasing him) and getting rid of the obstacles is his path. You’ll swipe to cut down trees and give him a bridge over running water, pull up monsters out of the ground, smash a creature made of sausage and more, all in a bid to make it farther than the time before.

You’ll also collect coins along the way, with which you’ll buy upgrades from the crypt. You can pick up health upgrades, combo multipliers, the ability to slow time and more. As you might expect if you’ve played similar games, each upgrade you purchase makes it a little easier to get a bit farther, allowing you to pick up more currency and buy more upgrades. 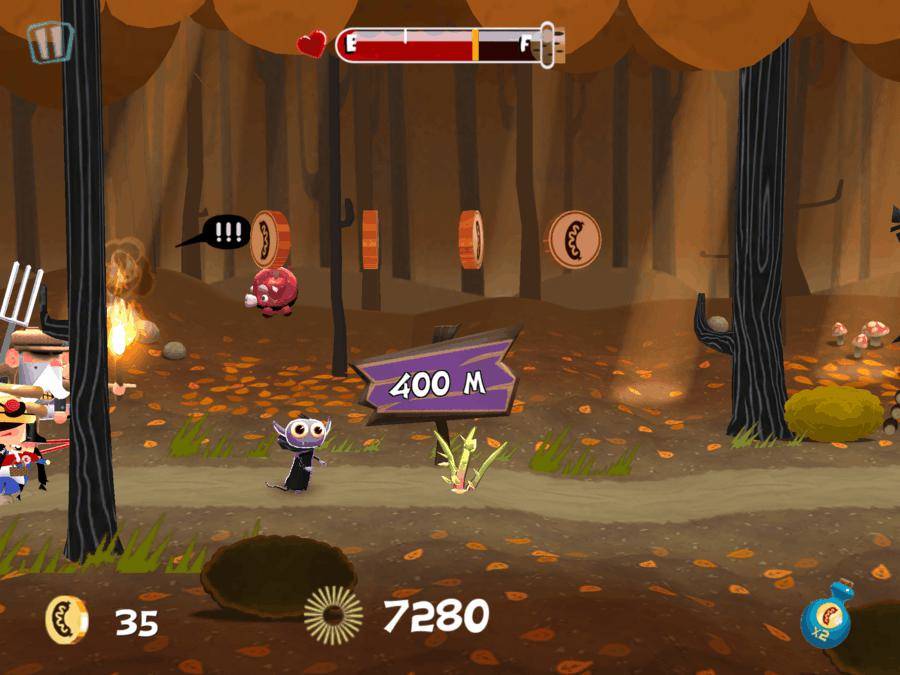 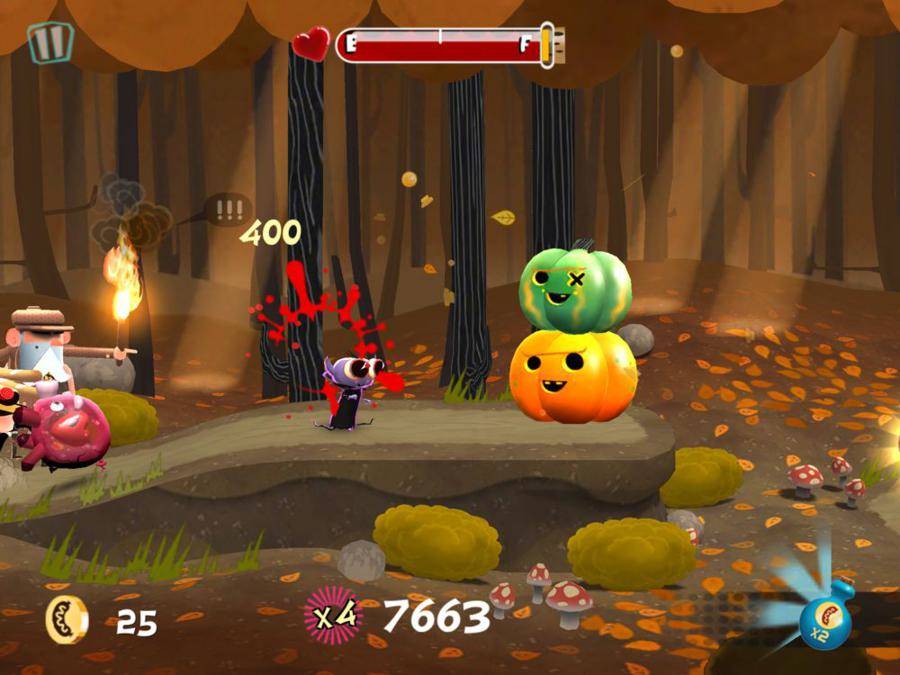 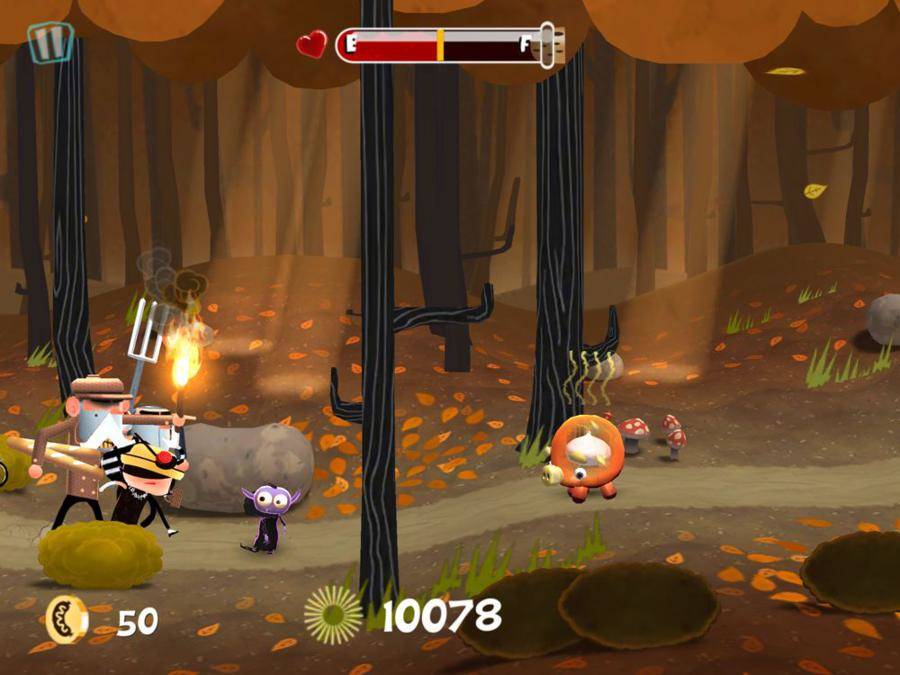 The old-timey French theme is a nice touch, and will make you laugh occasionally at little details if you are paying close attention (a few of the angry villagers are wielding baguettes instead of deadly weapons, etc) but doesn’t necessarily add anything to the actual gameplay. It’s a more interesting and consistent backdrop than in some other endless runner games to be sure, but if you’ve not been interested in similar games the backdrops and silly French monsters are unlikely to convince you that this game is somehow superior to those others.

Compared to many other endless runner games on the App Store, Le Vamp actually looks quite good. In keeping with the theme, everything looks like it could be from a classic French cartoon, but most of the interactive characters and things are done as 3D models on a 2D plane. Le Vamp himself is an adorable little baby vampire with big eyes that you can’t help wanting to protect, and many of the monster designs are good and silly, particularly Le Wurst, the previously mentioned sausage monster.

I can’t stop hearing the music from this game, and it’s not entirely a bad thing. While the little song that plays might wear on your nerves after a while, I think that it’s a catchy little jingle and is slightly less annoying that many other games that expect to be played again and again in a short amount of time.  The sound effects of Le Vamp munching on blood pigs, smacking enemies that you have disabled for him, or (heaven forbid) getting beaten up by the angry townspeople are great as well, so you likely won’t mind popping some headphones on and listening in while you enjoy your commute.

There’s a never ending stream of endless runner games that come to the App Store daily. I’ll likely review another five before this month is out. But I can’t shake the feeling that Le Vamp will stick with me for longer than the average runner game. Maybe it’s the charming graphics, or the fact that Le Vamp is just so darn cute. It could be the classic French animation theme that really ties all the elements of the game together. It could be the fact that you don’t actually control Le Vamp but are instead expected to keep up with an ever increasing amount of obstacles and enemies that will have your fingers tied in knots even as you fight to feed Le Vamp one more pig and keep him just ahead of his pursuers. Whatever it is, if you’ve been away from the genre for a while then you should give Le Vamp a try. Maybe you’ll fall in love with the little undead tyke, just like I did.