Every spoiled little rich kid has wanted to grab a slingshot and destroy his house while shooting at all the members of his family, right? Okay, so I guess I have no idea. The creators of Naughty Boy decided that this seemed like a decent premise for an iOS game, and they went for it. It’s completely ridiculous, but who doesn’t want to destroy a mansion armed with only a slingshot?

Naughty Boy is a game that could only exist on touch screen devices. It’s essentially in first person, where you see your slingshot on the screen, but have no actual control over your character. You get a static view of a room and are tasked with shooting all of the various decorations while racking up a higher score. Members of your family will come in and try to stop you and you’ll need to shoot them until they pass out or something, it’s unclear. 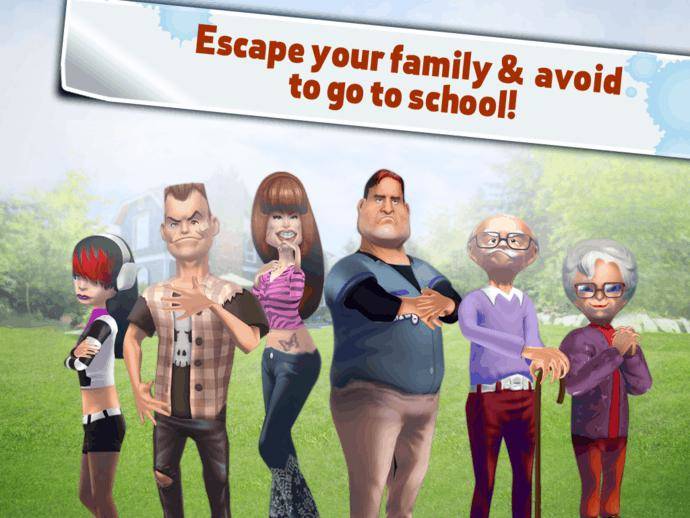 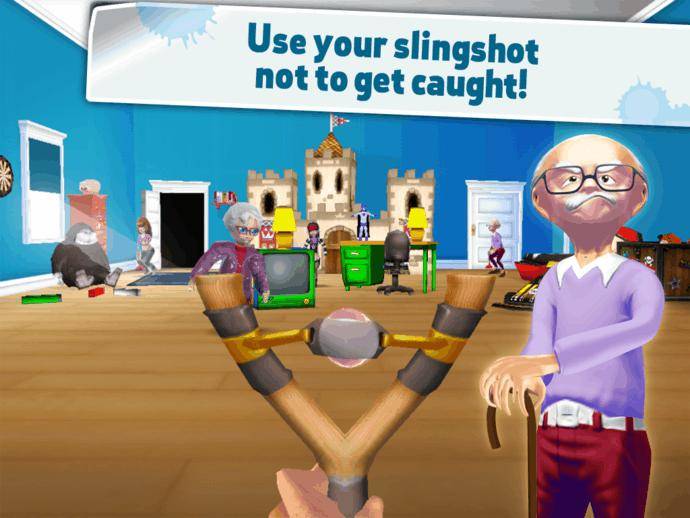 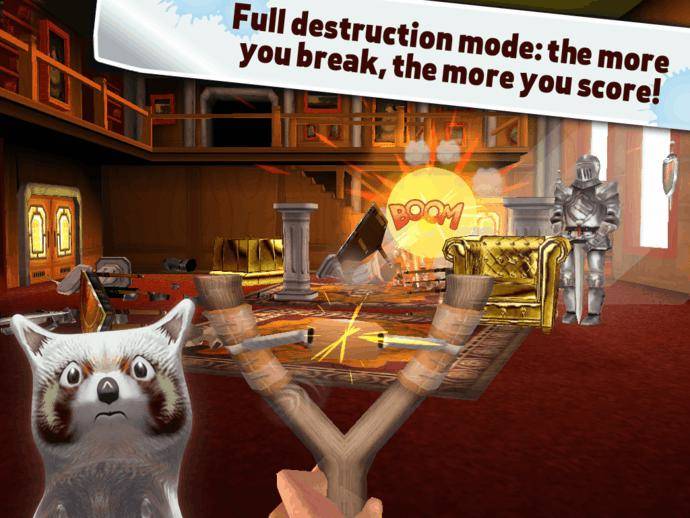 Basically, shoot everything. Whether it moves or not, you’re going to want to shoot it.

It would be terribly boring if the act of shooting the slingshot wasn’t fairly interesting, but it manages to be a decent time. You’ll pull back and let fly with whatever projectile you’ve got, which you’ll be able to upgrade between rounds by earning candies to spend. Of course you could just spend some real money on candy, but it’s unlikely that the game will stick with you long enough to be worth it.

Naughty Boy is a very simple game that would be best in short bursts on a bus or train, or when someone in your family annoys you and you just want to break things with a slingshot. This is probably the safest, cheapest way to have that experience.

Basically, shoot everything. Whether it moves or not, you're going to want to shoot it.

The graphics are a bit PlayStation 1 era, but in a game about a kid ruining his house and attacking his family with a slingshot to avoid going to school, they work well enough. Items go flying around the room when struck with projectiles but the effect doesn’t really add anything apart from occasionally obscuring a good shot at a family member. The different rooms that you go through look distinct from each other, so you get the feeling you are moving through some kind of cartoon mansion, but there aren’t so many different room types that you won’t be seeing ones that look the same before long.

You’re going to hear a lot of ‘SMACK’ sounds as your slingshot projectiles hit their targets, and the odd grumbling of various family members who come into the rooms. There’s the odd little jingle in the background, but I didn’t even notice it until I actually forced myself to listen. You could probably play it with the sound off and not really notice a huge difference, which is fine because you’ll probably be playing it on a commute anyway.

Naughty Boy is fun in spurts, but nothing spectacular. It’s possible that you could get caught in the loop of really wanting to upgrade your slingshot and get a higher score, but you’ll have seen basically everything the game has to offer after just a few short rounds. If it clicks with you, you might end up playing the game for a while. For me, the act of destroying a house and shooting some family members with a slingshot was silly enough that I didn’t mind my time playing, but I probably won’t be back for more.