DROP AND JUMP – Spanner in the Works

With zero explanation of controls or objectives all you’ve got to guide you through your first bug-ridden round of Drop ‘n’ Jump is its name. If you’ve got an ounce of thinktitude inside your brain, you might have worked out Cracked Developers’ cocktail consists of one part dropping and one part jumping. Poor design choices and a fundamentally broken experience leave a queasiness-inducing taste, making Drop and Jump a game that should have been tested behind closed doors and never released to the public.

The ‘jump’ of Drop and Jumps namesake stems from the basic platforming. As a robot leading a revolution in his factory, you’re being (literally) flushed out by the police and must escape the rising tide. Simply put: get higher. With an absence of any platforms, the route isn’t easy – this is where the dropping comes in.

Tetris-shaped blocks move back and forth across the top of the screen, tapping anywhere except the virtual gamepad drops it onto the floor. The goal: build a stairway of blocks, and then climb your way to safety. At least, this is what the developers hoped.

Blocks scroll across the screen with such a speed you’d be lucky to place them where you intended. In fact, if you drop them anywhere but your robot’s head (which removes the block), you’re making progress. 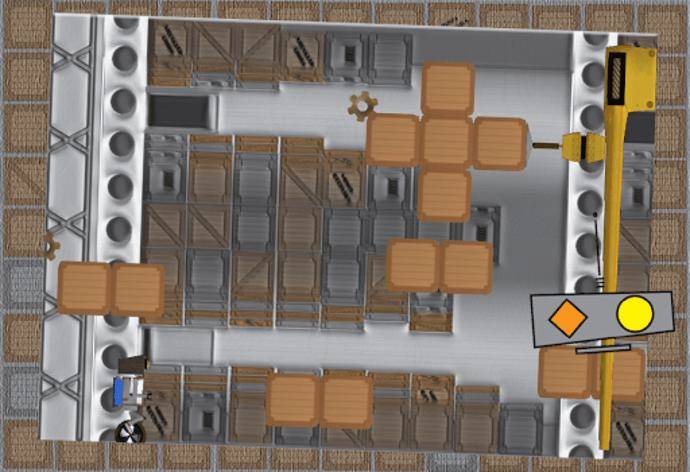 Breaking touch-game convention, the jump button is between the movement keys, making platforming unnecessarily taxing. You’ll also constantly drop a block when you wanted to jump (or vice versa) due to ill-thought-out controls.

While little roboguevara might move quickly, he has a habit of getting caught on surfaces. This doesn’t doesn’t help against a water level that rises so quickly rounds last barely more than 10 seconds.

You rarely feel like you’re in control of either block or robot, and it makes gameplay a frustrating mess.

Poor design goes beyond bad controls. The concept, while interesting, is too flawed and nowhere near refined enough to work.

L-shapes and cross-shapes instinctively make you want to line up a row-clearing tetris arrangement. By demanding a tower of staircase-like blocks D’n’J asks you to do the opposite. It goes against your natural gaming instinct.

Combining this forward-thinking construction planning with hyper-fast, clunky platforming spells disaster. It feels like trying to keep plates spinning atop a pen you’re using to play sudoku. It’s pointless, messy and near impossible.

Without a gameplay-breaking glitch I encountered frequently, unlockable powerups which boost jump height might act as an incentive to master the wonky gameplay. However, after a few rounds a glitch launched me skyward, allowing me to unlock every powerup in the store.

The glitch makes the game mildly easier, but the concurrent and contradictory gameplay halts any enjoyment.

Android games should be simple to pick up and give the player satisfaction in the short time it takes for a bus to arrive. Cracked Developers have failed to make an engaging experience, and they’ve only just managed to make something that functions as a game.

Drop and Jump might be worth your time, as an entertaining example of mismatched ideas, confused gameplay and laughable glitches. But it’s not worth your money. At 64p you’d glean more satisfaction from throwing a quid into a wishing well. Or a toilet.