If you’re a young person, you might not remember what a point-and-click adventure game is. Well, it’s a game where you have to point, sometimes even click, and the story takes you on an adventure! They fell out of fashion sometime in the late 90s, but with the advent of portable touchscreen devices, which fit in your pocket, they’ve seen something of a revival. With this revival comes the remastering of a classic: Broken Sword: Director’s Cut.

Originally released on PC and the first PlayStation, it was called Broken Sword: Shadow of the Templars. Main character George Stobbart – a well meaning American tourist – is embroiled in a global conspiracy after he is caught in a bomb explosion outside of a quaint Parisian café. Teaming up with journalist Nicole Collard, they seek to find out what links an old man, a battered briefcase, a costumed killer, and ultimately, the Knights Templar.

The Case of the Killer Clown

It’s a story that wouldn’t be out of place in a cinema; it’s almost like a summer blockbuster. On the literary side, this is a Dan Brown adventure before there were Dan Brown adventures. Since this is the Director’s Cut, there are some extra story scenes peppered throughout that give you control of Ms. Collard. There’s nothing wrong with these scenes, but similarly, there isn’t anything really right about them.

Nicole’s segments add some more bulk to the story, but it’s all superfluous. The original opening is dethroned for one of these scenes and it ruins the explosive impact that that opening had. Future scenes featuring Nicole have a habit of taking you out of the story, and at the end of it all, you can say that the plot was fine probably without the new additions. 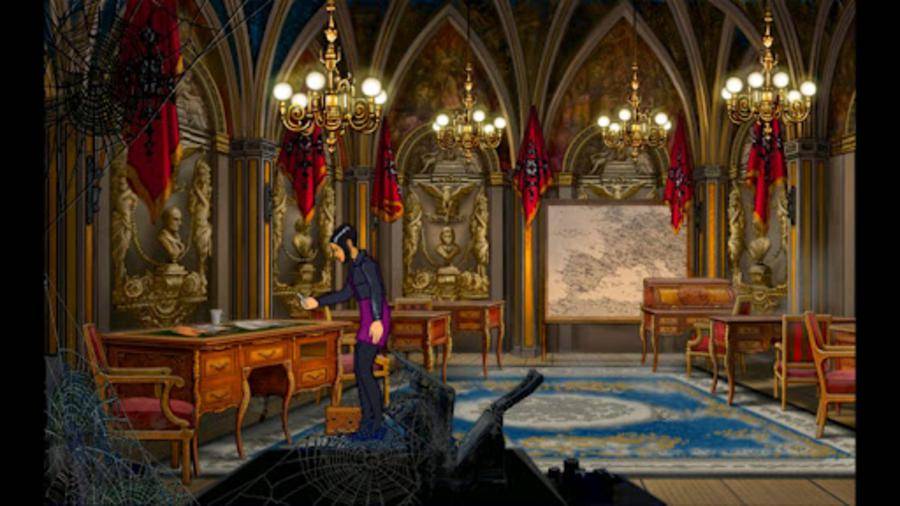 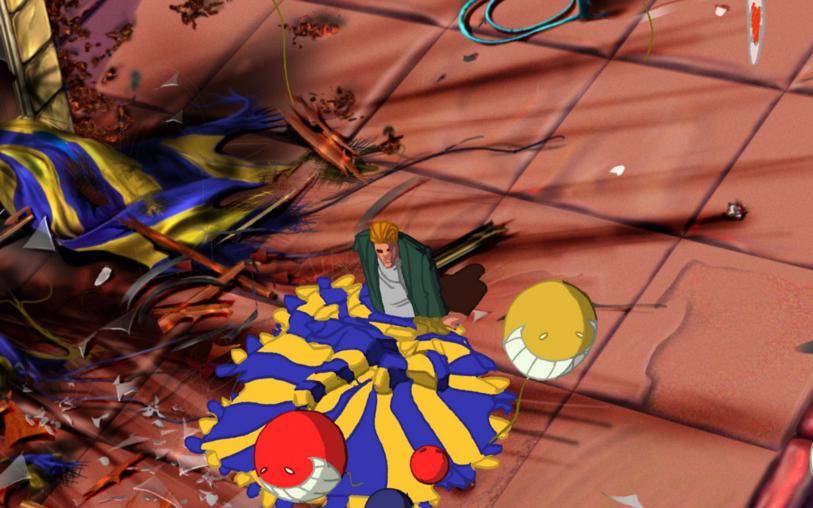 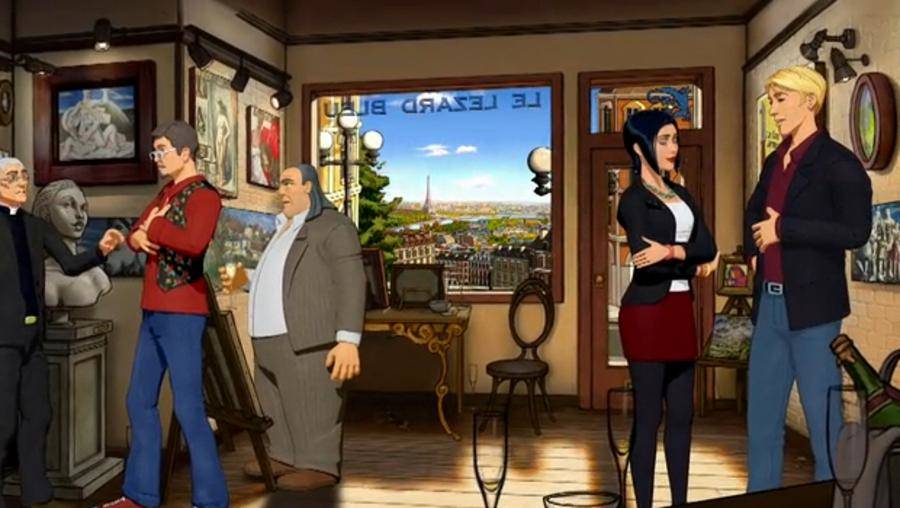 But the rest of the story is unchanged, and rightly so. It is fully voice acted and, as far as I can tell, still by the original cast. They work wonders here, taking the witty and laugh out loud script and making it somehow better. They seriously deliver some of the best acting in video game history. It’s a mobile game that deserves to be played with the volume at full blast, so you can revel in the wry and dry delivery. Special kudos to Rolf Saxon who plays George Stobbart, as he holds his own in every scene and it’s due in part to his performance that Mr Stobbart becomes one of the greatest protagonists of all time.

The beautiful 2D art style, forever timeless, has been given a bit of a face lift. The sprites and backgrounds are now in HD and comparing old and new truly shows the difference. The only downside is that some sprites have been given more attention than others, and when the two meet they clash; it really does stick out when the crisp meets the blurry. It’s a minor qualm, which is made up for by the character portraits that appear in the corners during conversations. They were never present in the original version, and they bring new layers of character to each person.

Paris in the Fall

This isn’t the first time the Director’s Cut has been released; it was originally made for the Nintendo DS and Wii. It was ready made for touchscreen devices, so worry not about fiddly controls. The UI is clean and works well with fingers, with very few misread taps and prods. Keep your finger pressed on the screen and anything interactive flashes. If you really get stuck, there’s a hint system built in to guide you along.

Not that you’ll need hints. The solutions to the puzzles are never as obtuse as other games in the genre. Every solution makes sense on at least some level; you may need to think a bit more laterally in some places, but there’s never an infuriating, story-halting wall of a puzzle. The developers know the difference between a hard puzzle and one that’s hard for the sake of being hard, and anyone familiar with the game will be glad to hear that THAT particular goat puzzle is now easier.

Some of the puzzles have become exactly that: puzzles. In a very literal and Layton-esque sense, the flow of your adventure can become interrupted by a sliding block puzzle or a jigsaw. These were never present in the original, nor in the wider genre, and it all feels a bit contrived. They’re present because this is a touchscreen game so it needs to properly utilize the touchscreen, apparently.

Despite being made for mobile devices, it doesn’t display the traits you’d expect from the platform. This isn’t something to play for five minutes on a commute; the story is too engrossing and the puzzles are too large to do that. It’s more the kind of game to play while lounging around the house, where you can spend a half hour or so getting really immersed in the game. If that’s what you choose to do, you may as well buy it from Good Old Games and get The Director’s Cut, the original version, the soundtrack and more in one bundle to play on your PC or laptop.

You can save it at any time, so it can be played in small sessions, it’s just whether or not it’ll ruin your flow.

For what it is, it’s cheap – £2.49 on the Apple Store and £2.99 on Google Play – and it’s regularly placed on offer. It may be a little pricey compared to the multitude of games that can be bought for the price of a can of Coke, and considering the story and puzzles will forever remain the same, you may never play it again. But this is at least ten hours of pure concentrated fun, adventure and intrigue. More than that, this is a piece of a forgotten genre, one that may well be seeing a resurgence thanks to touch screen devices and small teams of indies. If you don’t want to break the bank to watch a film, or you don’t have the time to read a book, then this is the best alternative. Heck, it shouldn’t even be an alternative, this should be the main event.